Status: A 35mm film print of "Wild to Go" is archived at Cinematheque Royale de Belgique.

In this comedy-western, Tom Blake is a ranch owner who is forced to deal with a competing rancher regarding a cattle shipment, an intercepted check that is to pay for the livestock, and paying off the ranch's mortgage. Jake Trumbull hires a few thugs to get their hands on the check meant to pay for the cattle, kidnap Tom then shanghai him to a cattle-carrying boat. Tom escapes from the ship he is stuck on and swims ashore to a beach where a group of beautiful swimsuit-clad girls from a nearby girl's school are spending a leisurely time. The girls of course are pleased to have handsome Tom join them for a spell, but the lifeguard isn't, and eventually winds up in a fistfight with Tom, with the girls cheering on their new friend. All is not quite well yet, for Trumbull makes another attempt on Tom's life, kidnapping not only him but his love interest who also happens to be Trumbull's own daughter, Marjorie. Frankie recovers the check and returns it to Tom's safe hands, and finally pays off the mortgage on his ranch.

“Wild to Go” is Tom's sixth movie for FBO. By the time this film was released, he already won his first AAU weightlifting championship. One particularly fun scene for Tom in this movie is his filming on the beach with Hollywood's bathing beauties. According to The Tennessean, “Wild to Go” is one of Tom Tyler's favorite and best early films.

All the clash and the color of the cattle country vividly portrayed. All the thrill and romance of the open ranges, with a smashing story racing at breakneck speed. Side-splitting comedy alternating with breathtaking action that's 'Wild to Go'.” (The Anaconda Standard, Anaconda, Montana, May 10, 1926) 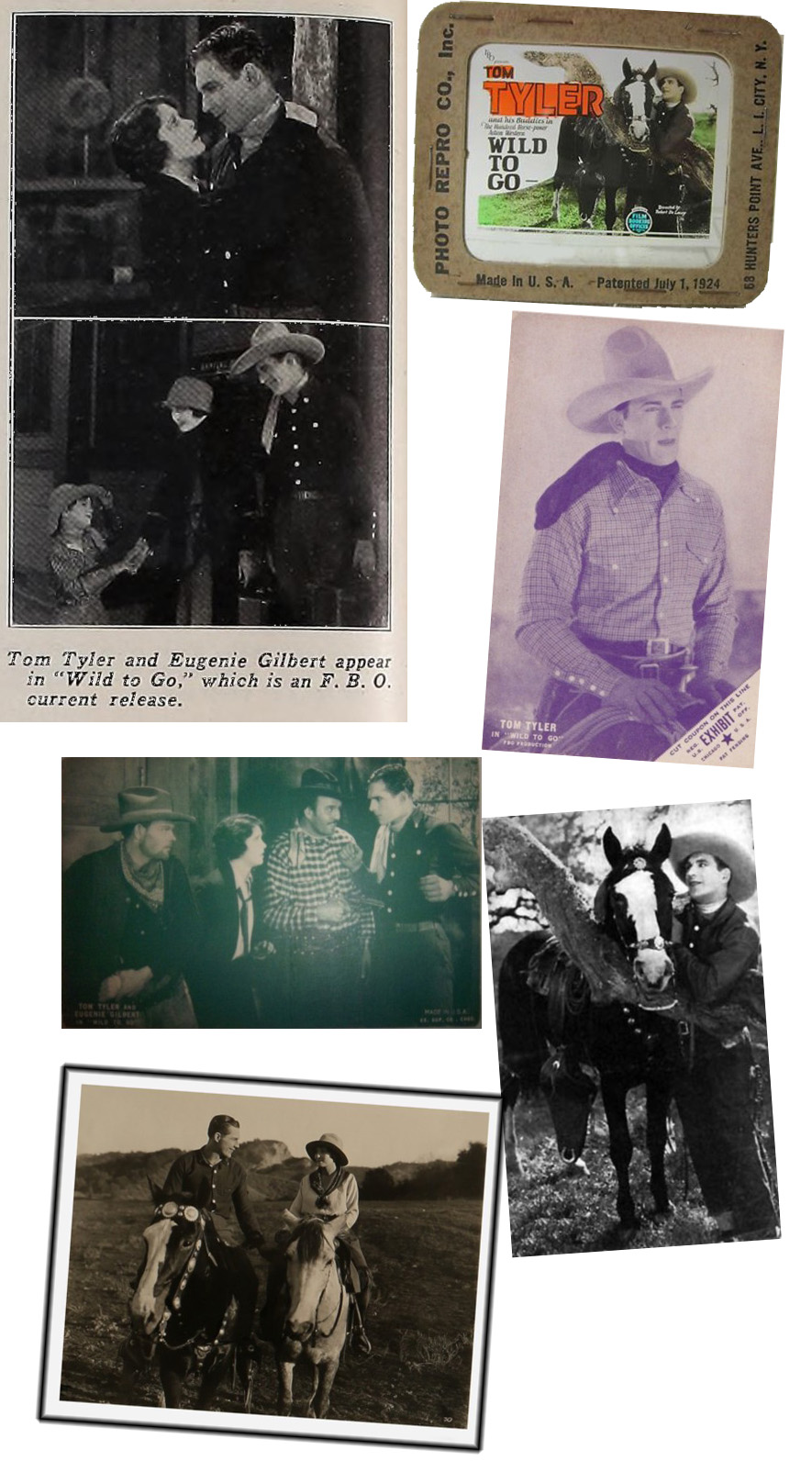 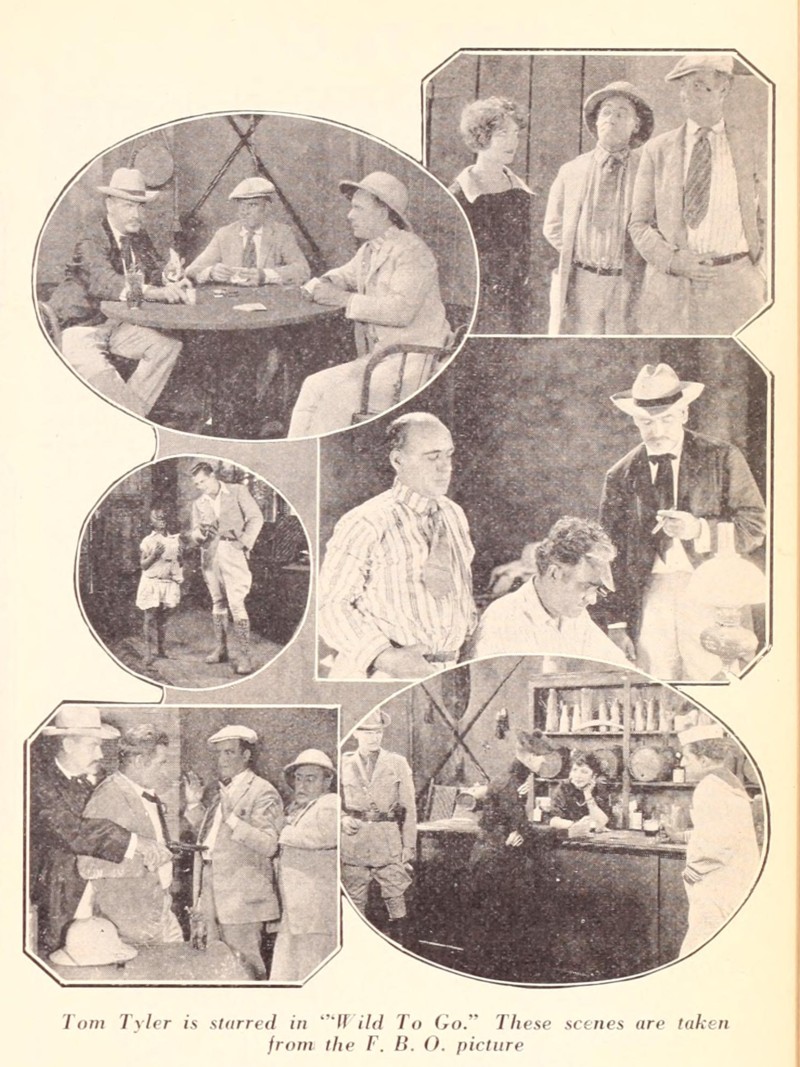 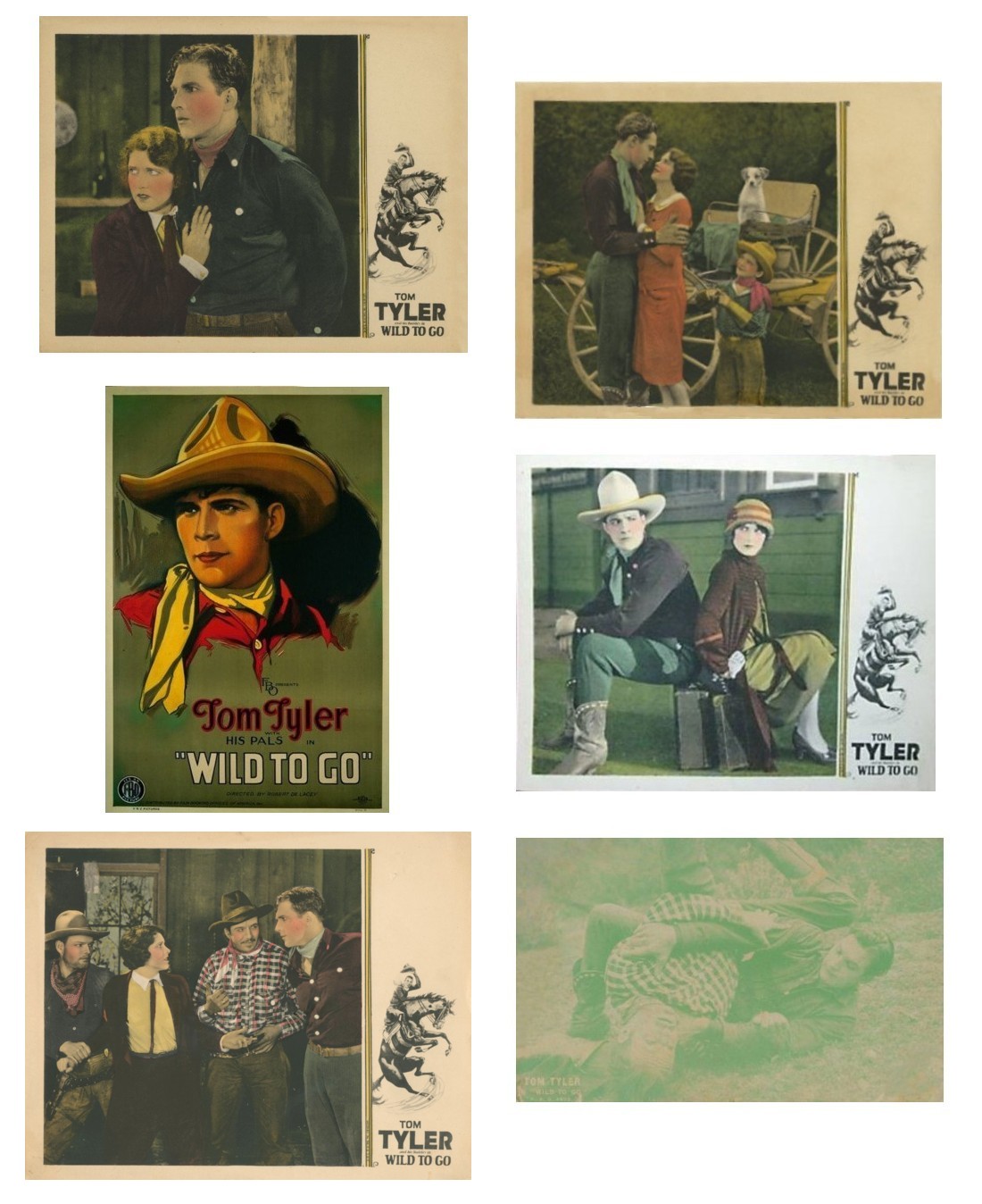 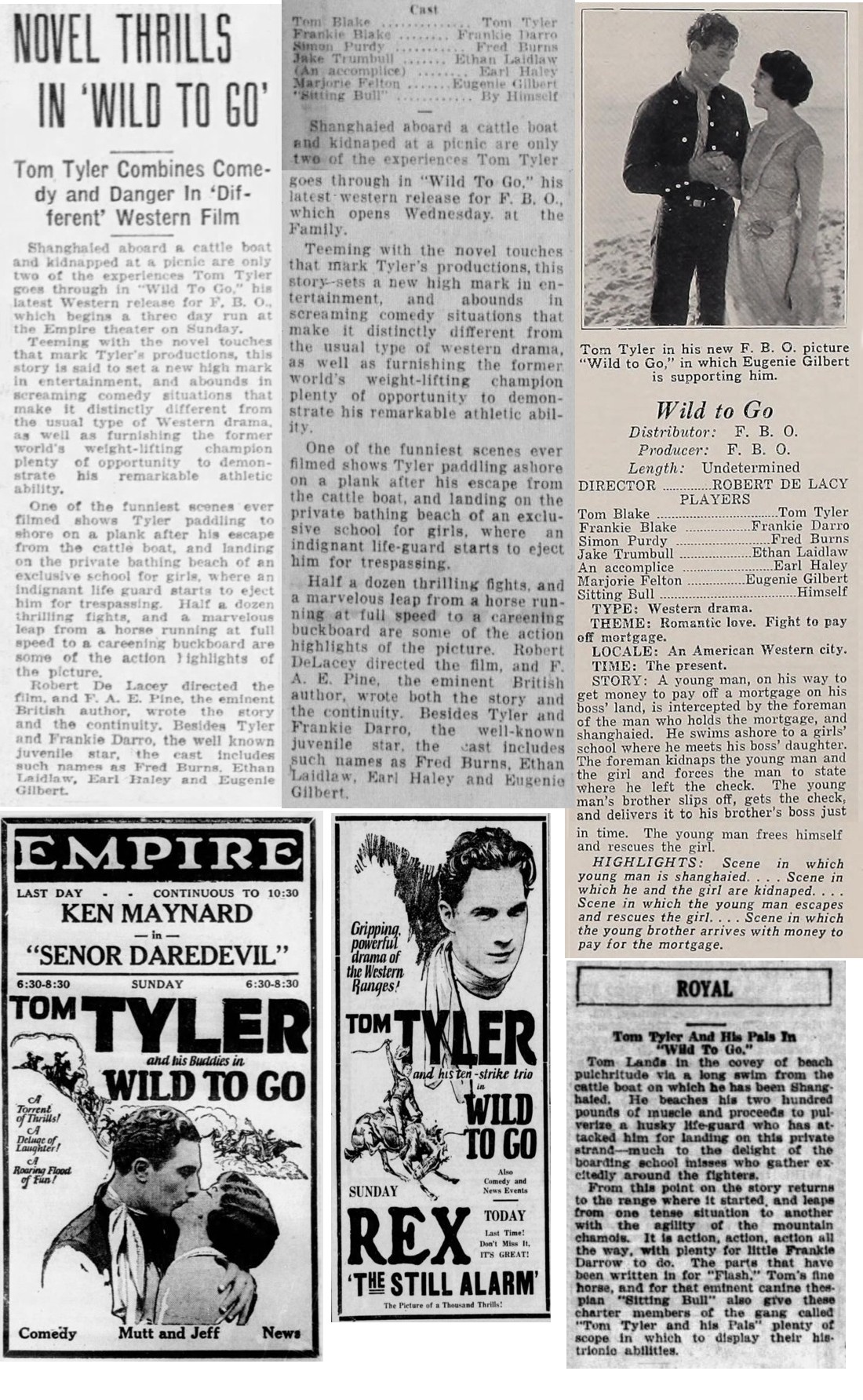 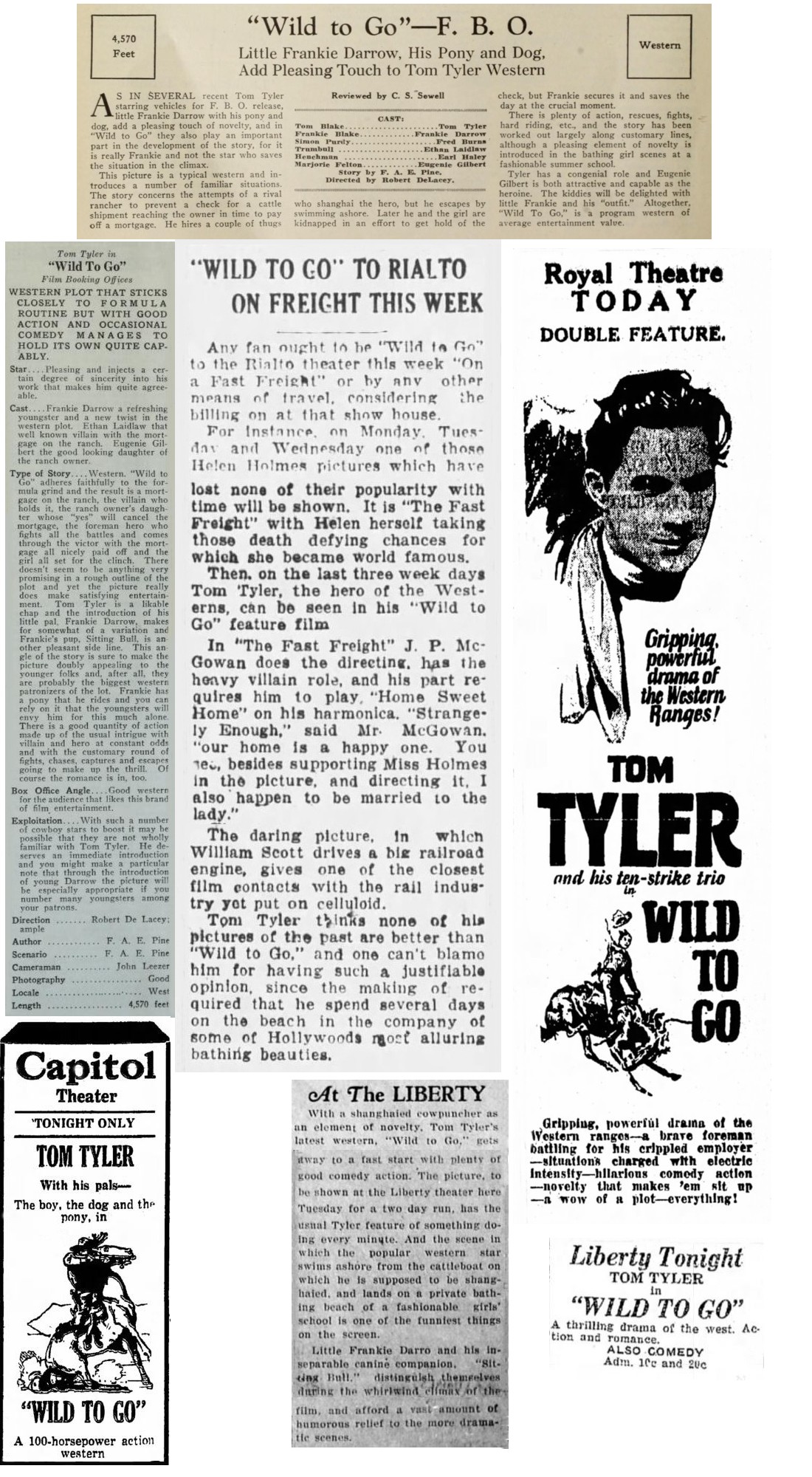 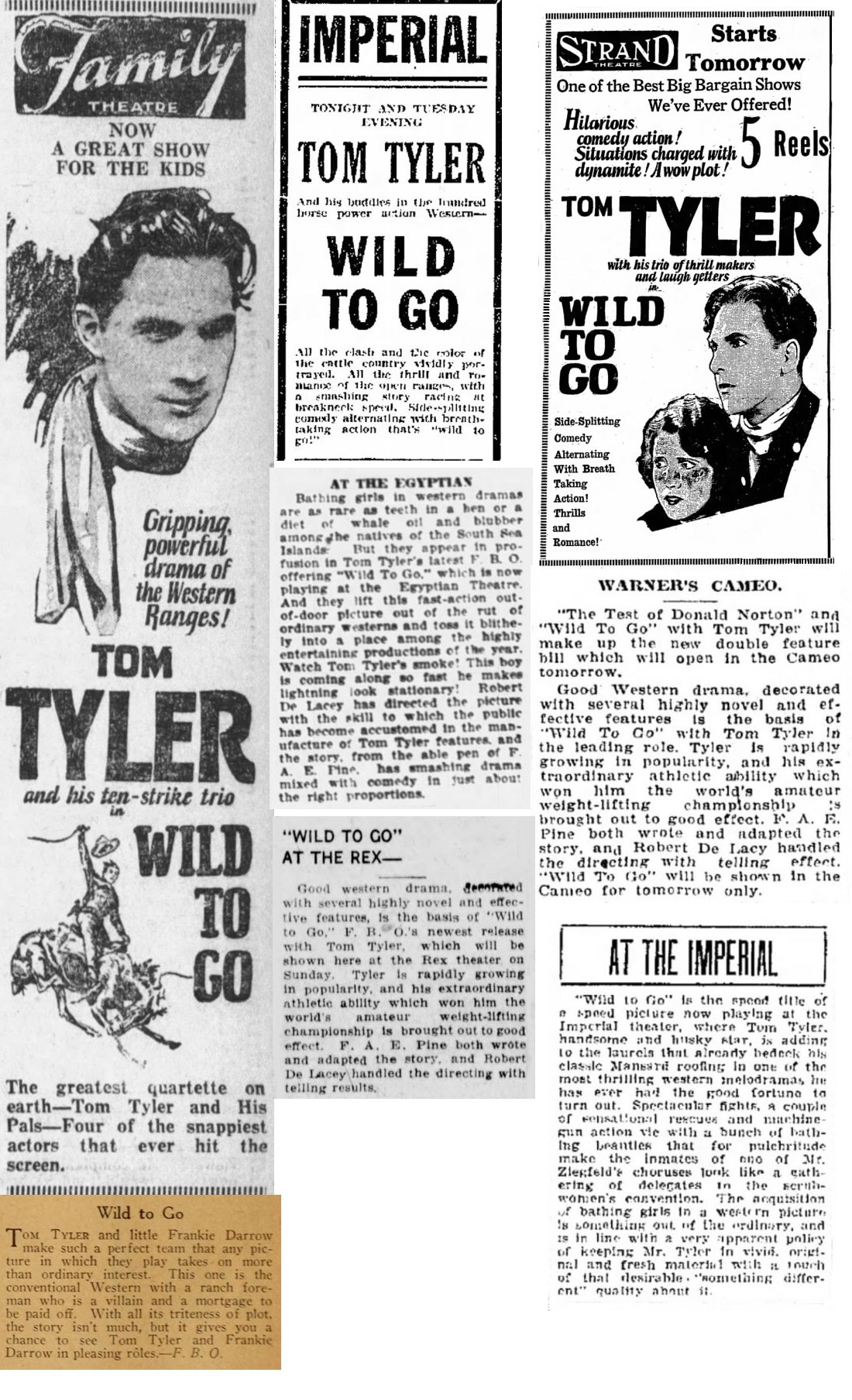 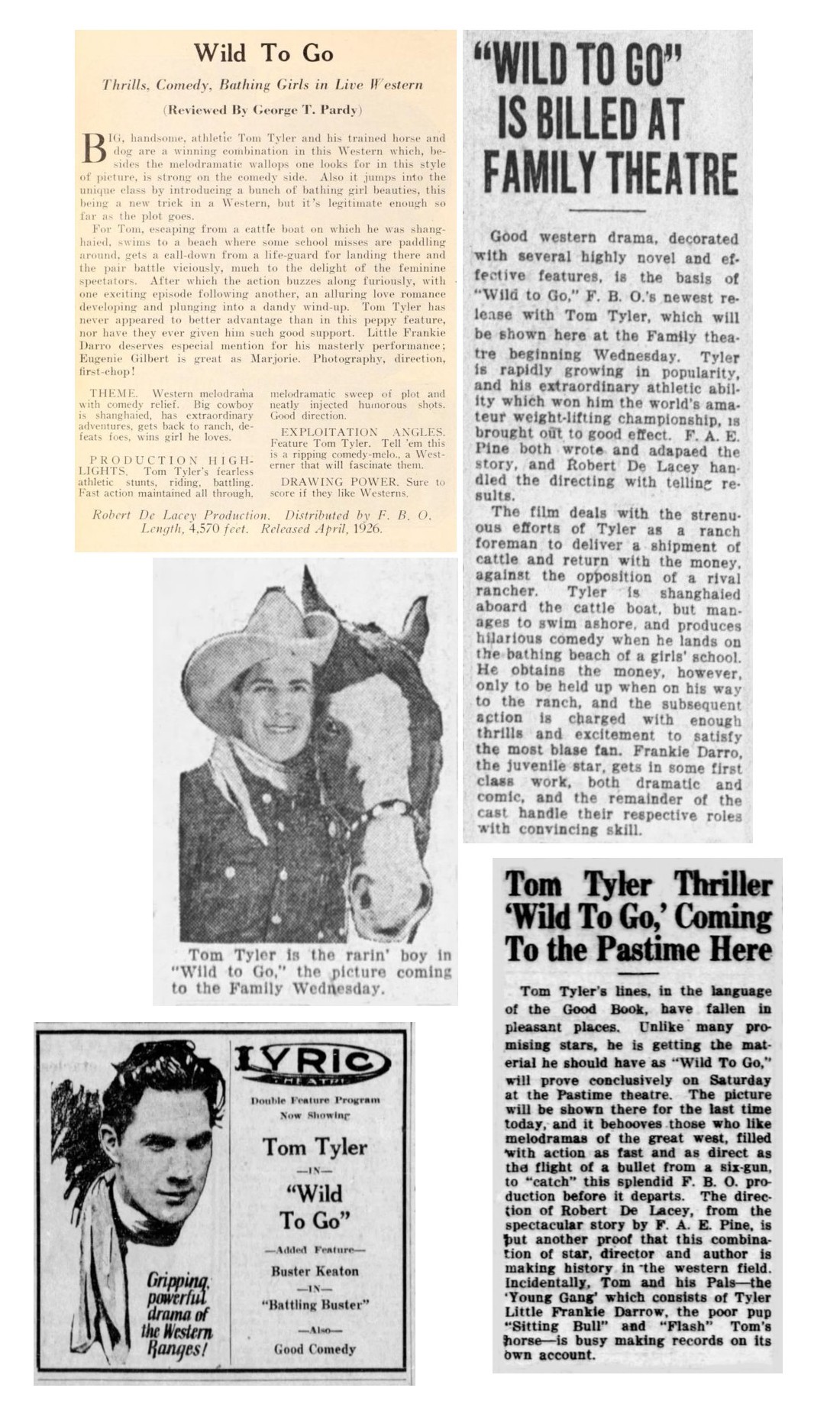