IMDB When the Law Rides

Tom O'Malley is a government marshal whose mission is to end lawlessness in the small town of Rawhide in Arizona. As he rides through the desert, he meets an outlaw known as Raven who, dying of thirst, makes the mistake of drinking poisoned water, and finally dies. Tom decides to switch clothes with the bandit, and enters the town alongside Joshua Ross, an itinerant preacher, and his daughter Becky. As he gets to know the outlaws wrecking havoc in town, Tom reports to the head honcho, who in turn thinks Tom should pose as a marshal in an attempt to clean up the town. Tom gets into a handful of scuffles with the outlaws who fight tough and ugly, and he certainly has no problem fighting on their level, which is what it takes to capture them. When Tom is not fighting with the outlaws, he is spending time with Becky, getting to know her, and falls for her pretty hard. At the same time, Tom helps Becky and Joshua establish a new church in Rawhide, and its location is unusual enough: the town saloon, as a symbol of justice taking over a place where the lawless spend their free time plotting evil deeds. While Joshua Ross delivers sermons, Becky plays the piano, establishing a safe and peaceful atmosphere for the townspeople.

Tom overhears the plans of the outlaws to rob the bank, which they successfully pull off, and disappear with the loot. That is not the end of it, however, when the robbers decide to frame Tom, claiming he is in fact an outlaw himself, not knowing he is a marshal disguised as an outlaw. With the help of his pal Frankie, the younger brother of Becky, Tom clears his name, traps the bank robbers, and marries Becky.

One feature worth noting about “When the Law Rides” is the number of horse mounts that Tom executes throughout the film: Trooper mounts, pony express mounts, flying dismounts, and many other risky mounts which fascinate the viewer. One incredible stunt Tom performs is swinging from a rope tied to the balcony of a hotel and mounting Flashlight from the rear, twenty feet below from where he started. Filming “When the Law Rides” took a bit of a toll on Tom Tyler, who soon after took a vacation in San Francisco. An interesting side note: James Dugan was originally slated to direct “When the Law Rides”.

Back to the Days of the Flaming West Where They Fought it out Man to Man and the Loser Never Fought Again. (Warsaw Union, Warsaw, Indiana, November 3, 1928)

An epic story of men who dared to wear the badge of justice in a lawless land (The Honolulu Advertiser, Honolulu, HI, March 27, 1929)

Fighting through the lawless west with those daredevils of gun and saddle. (The Coos Bay Times, Marshfield, OR, October 30, 1928 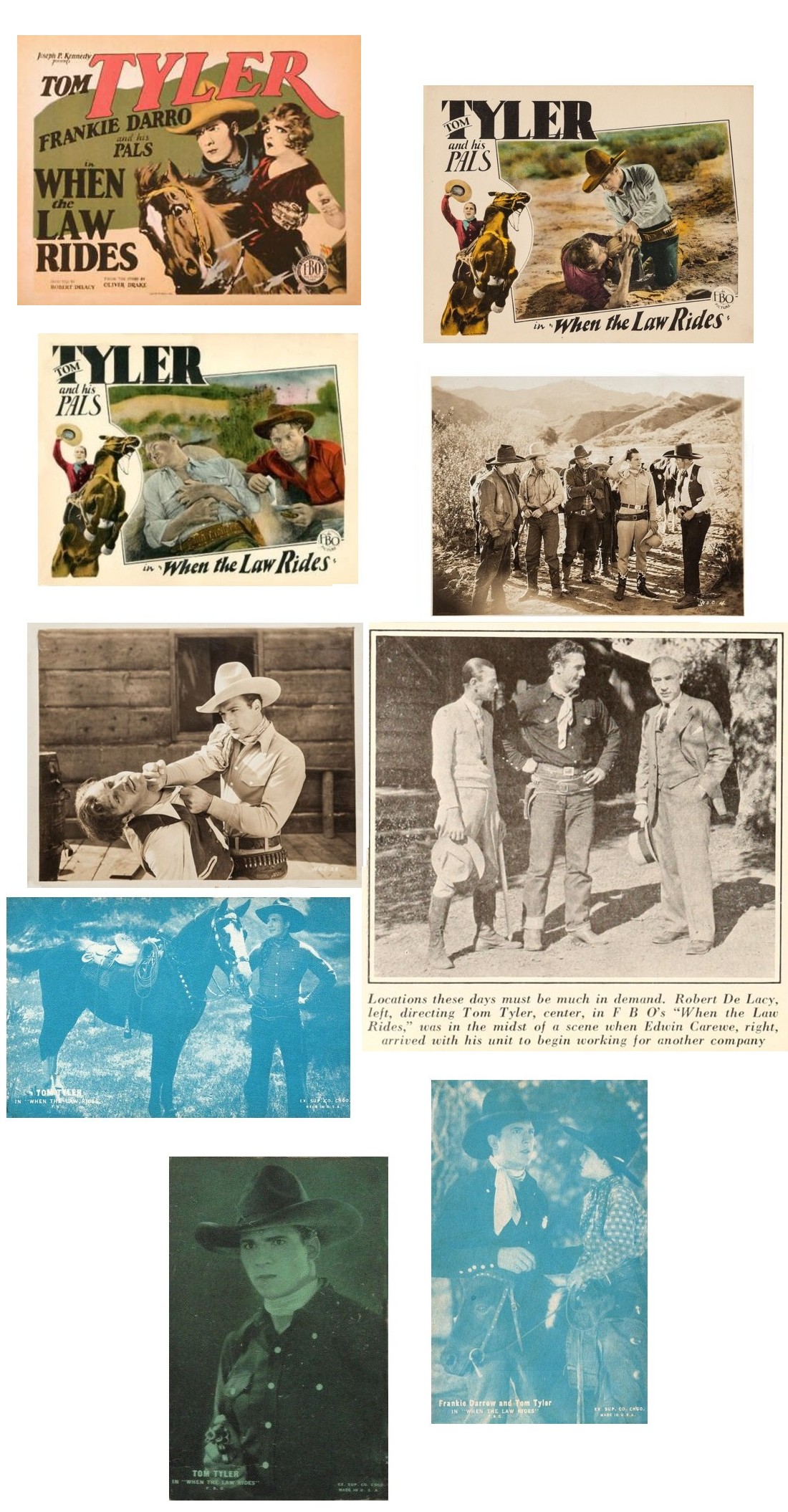 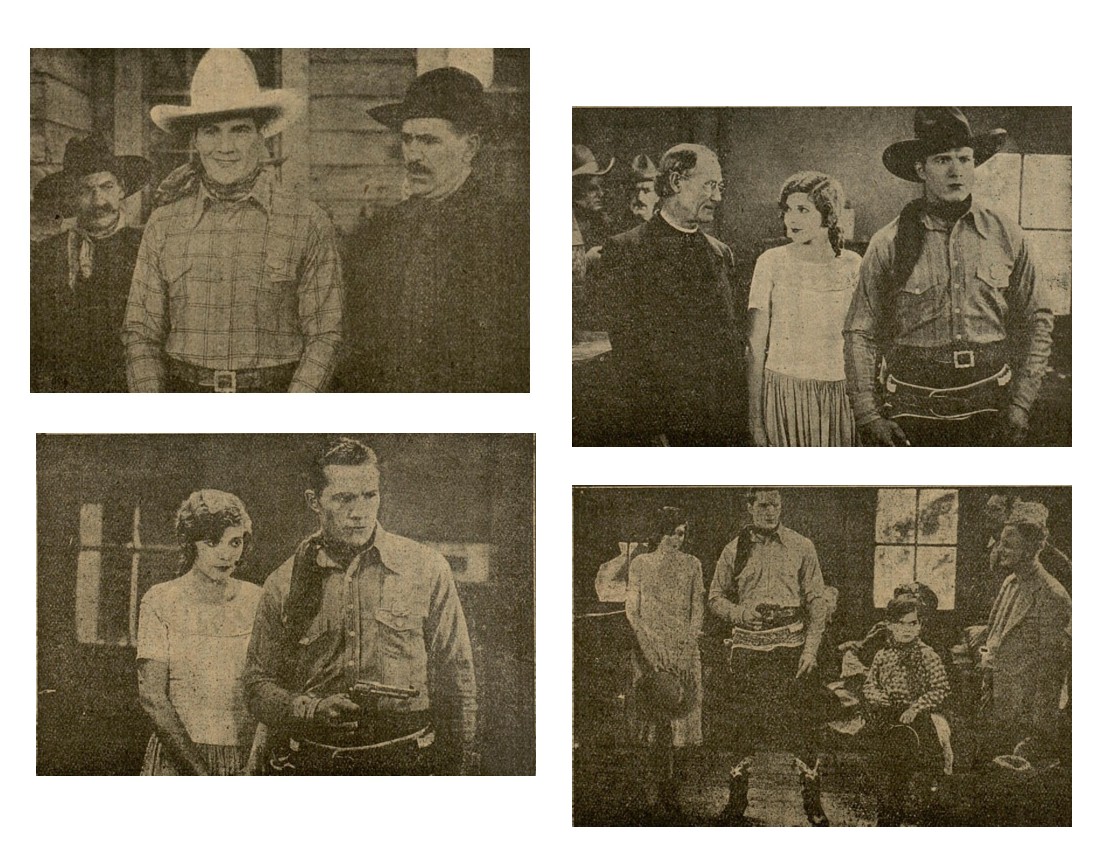 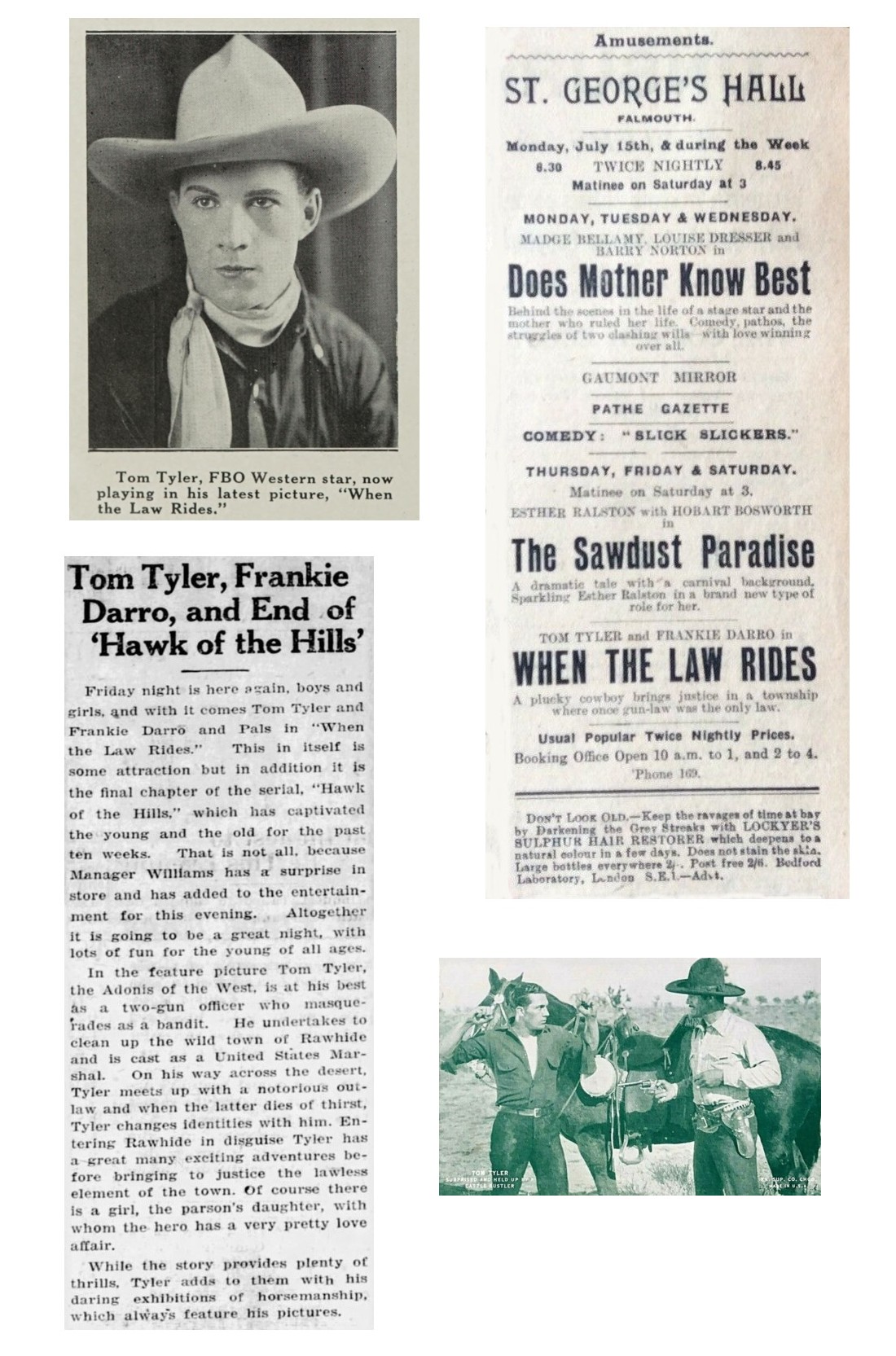 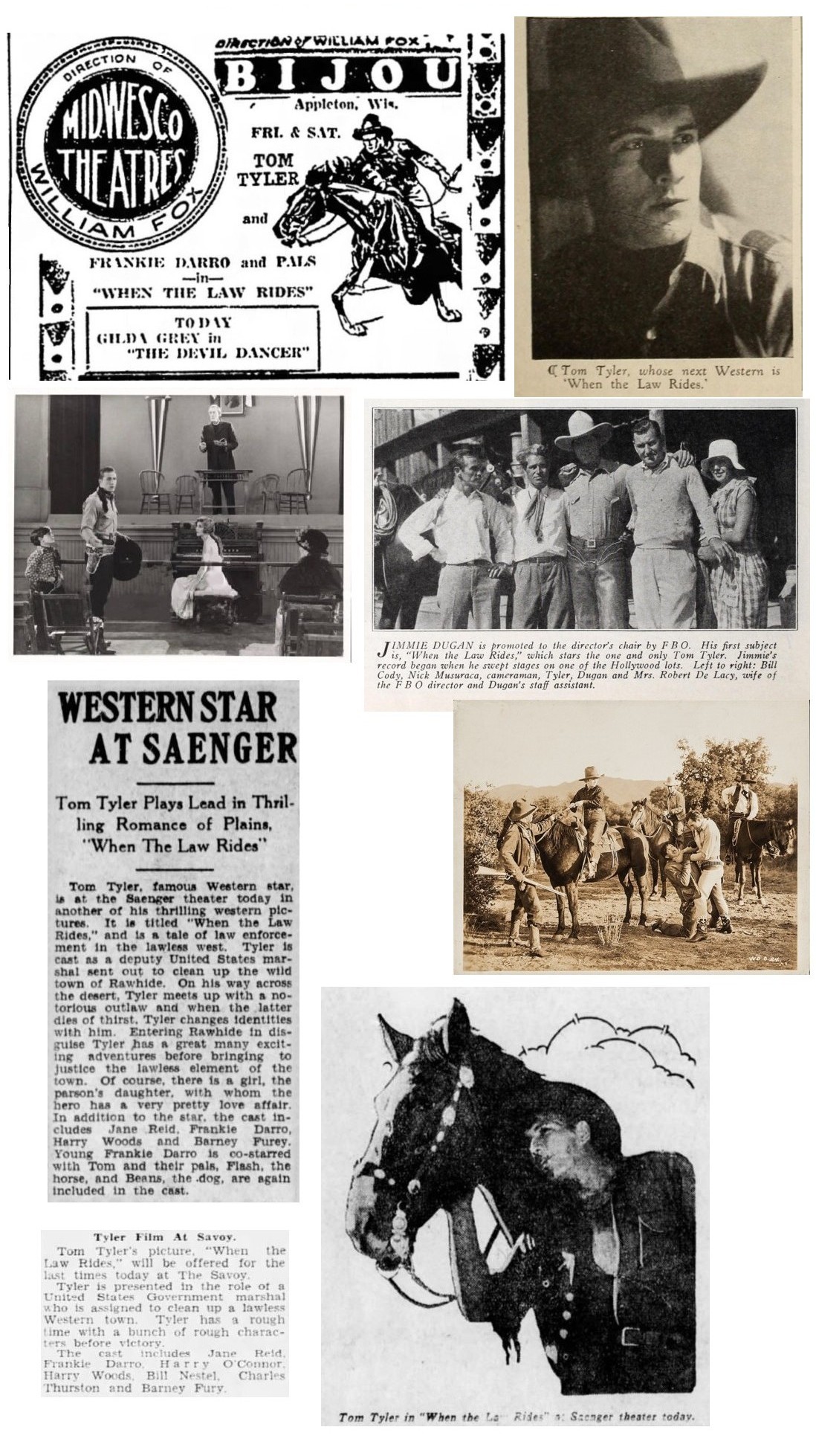 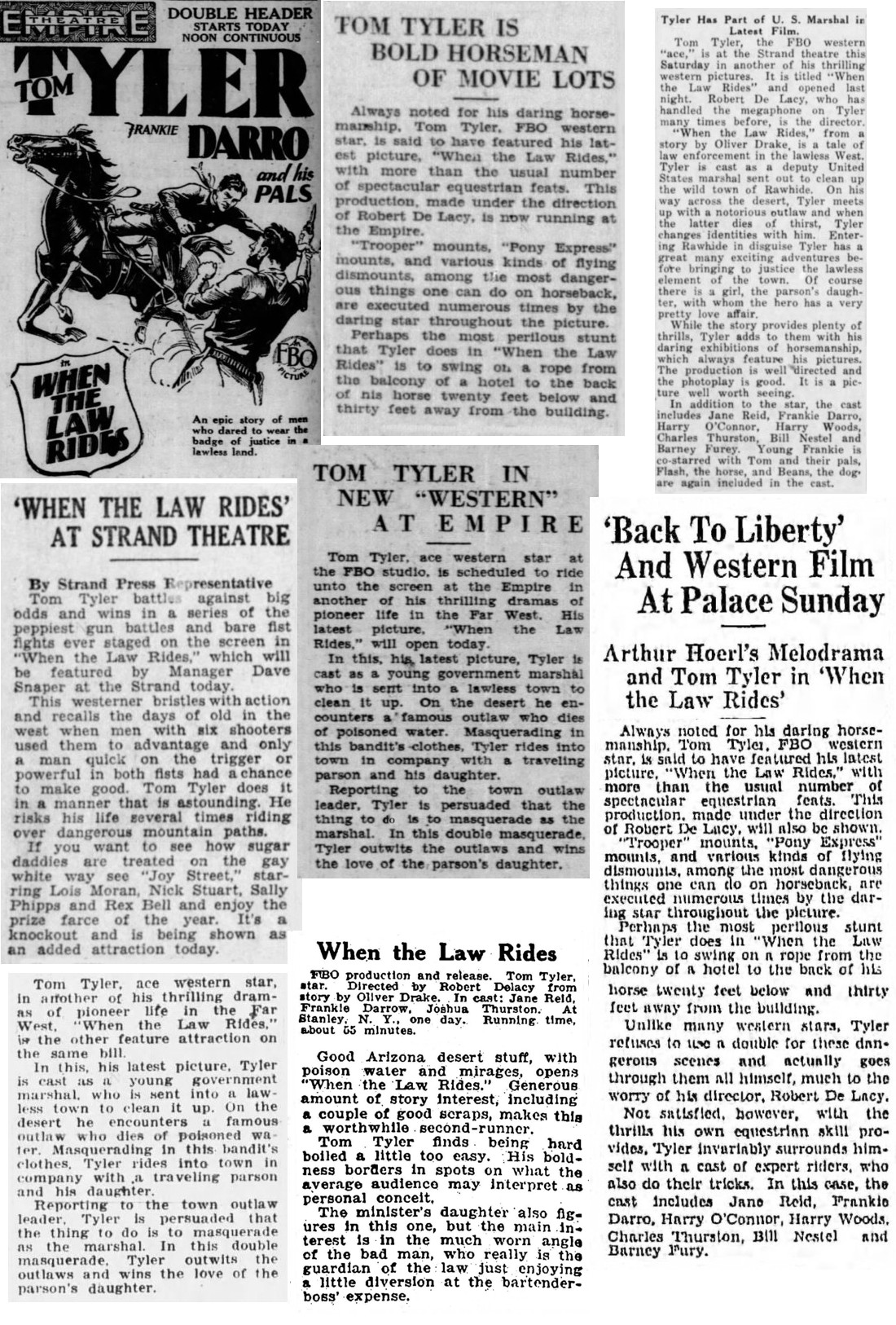 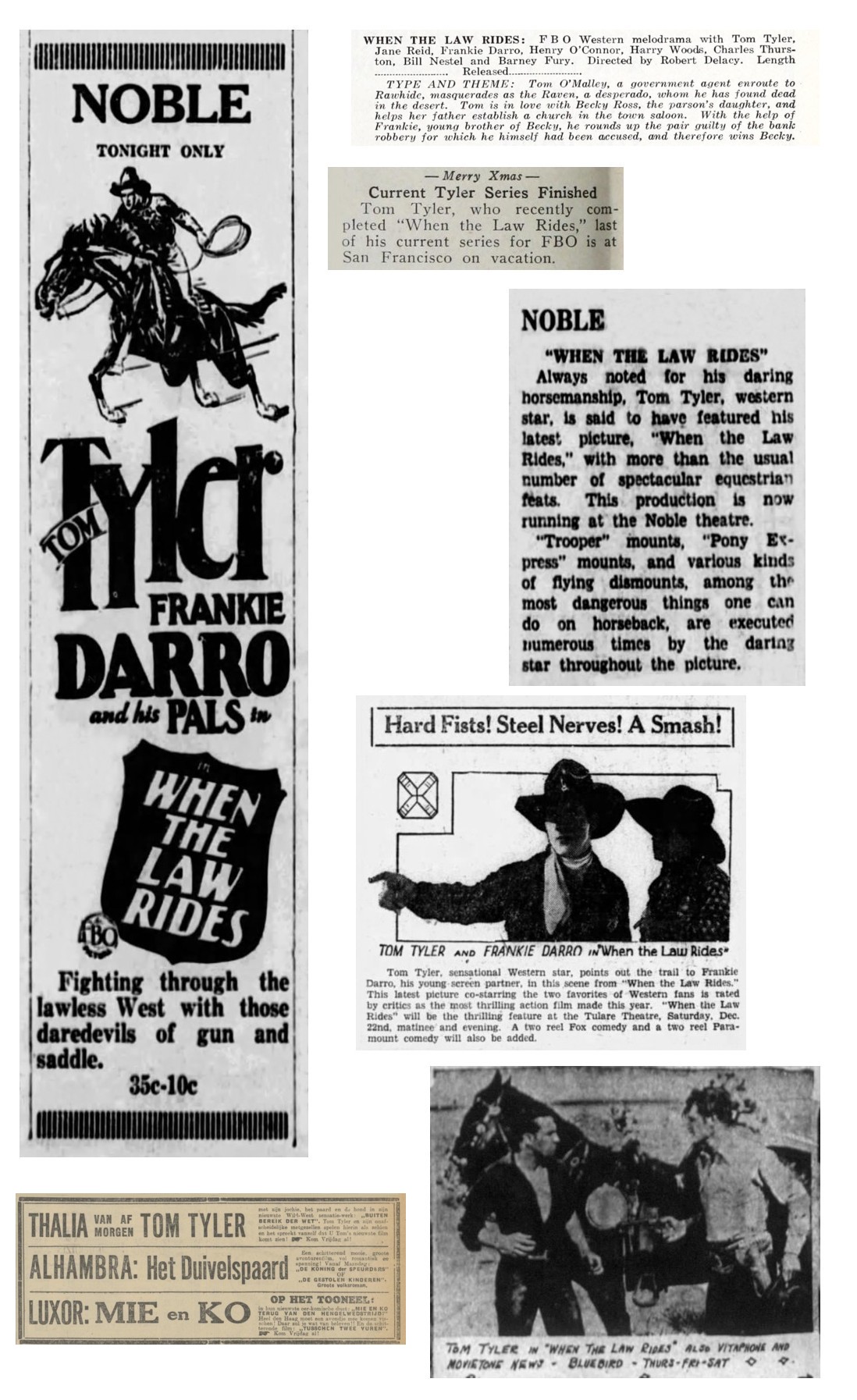 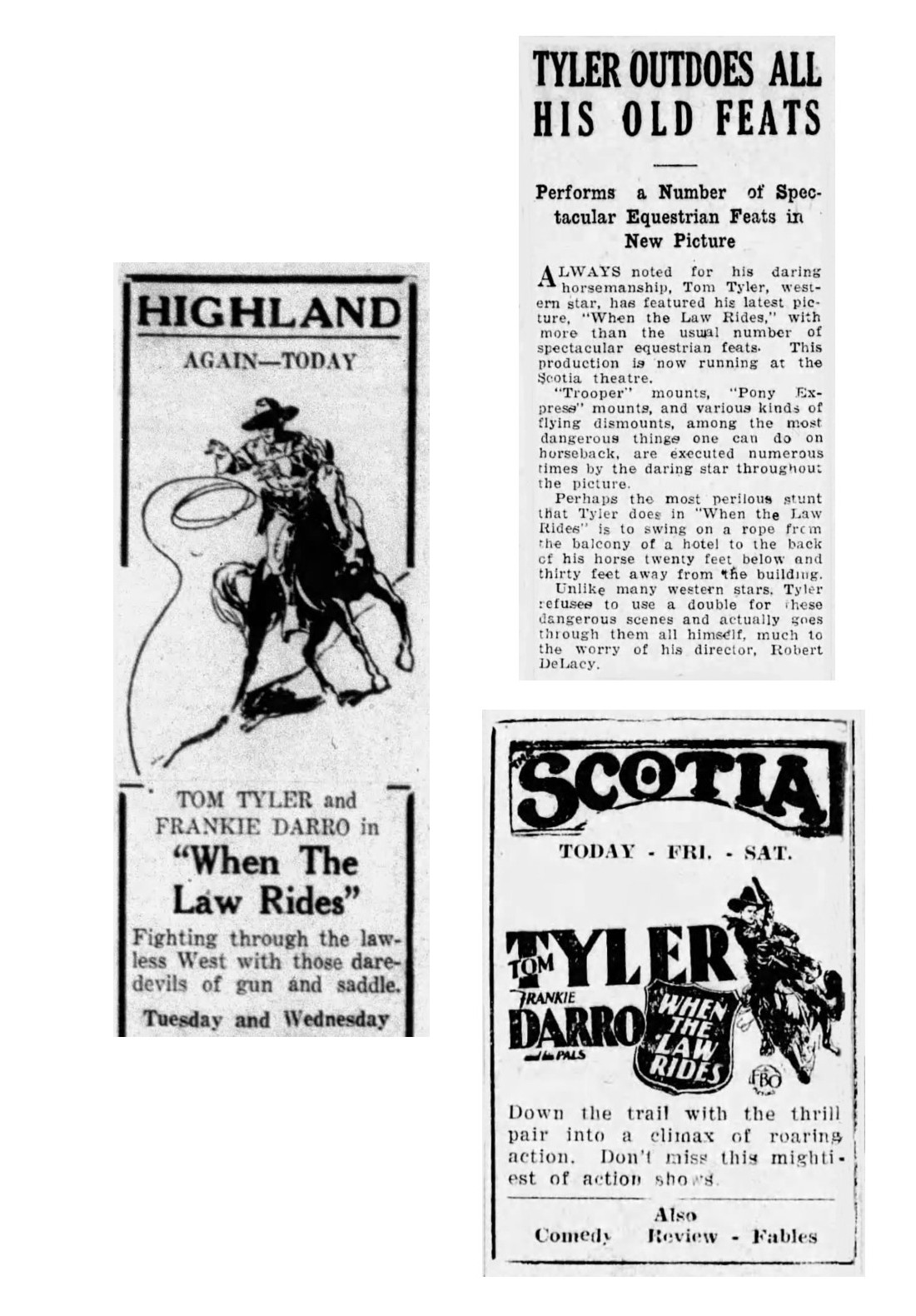