IMDB Honor of the Mounted

Look my way the whole world's smiling
you turn grey skies into blue
I can give you
- C. Scott & D. Dyer

Tom Halliday is a Royal Canadian Mountie who is wrongfully accused of murder after he earwitnesses a close friend of his get killed with a knife on a cold wintry night north of the border. Observing the murder weapon to be unique, Tom gets permission from hs superior to track down the real murderer and clear his name - but in order to do that he must travel incognito across the border into the states. Without having much to go on besides the guilty party's last name of Carey (Stanley Blystone) - and hoping to find a knife that looks like the weapon, Tom manages to track Carey down - who now uses a new name, Scott Blakely. Blakely is a successful trading post owner who makes his big bucks on selling furs. Tom meets Blakely - and recognizing his voice from the night his friend was murdered, also finds the companion knife, sitting on Blakely's desk. Tom must prove Blakely gulty of murder, and at the same time, becomes romantically involved with the lovely young lady working at the trading post, Irene (Celia Ryland).

In the meantime, a group of men start to suspect Tom, the new hombre in town, dying to catch a glimpse of what he kept lock up in the chest of his rental home.

Some high points in this movie: Tom rescues Celia from a runaway horse buggy, he mounts his horse from the top of a roof in town, and he also gets into a fistfight scene with Carey – and watch where Tom's lower leg and foot are in relation to Blakely being on top of him. Now that's fighting like a man! Tom also dives off a cliff into a body of water after Carey, swims after the man who is escaping in a canoe and reels him in. Now there's a Mountie who can hook a fish! 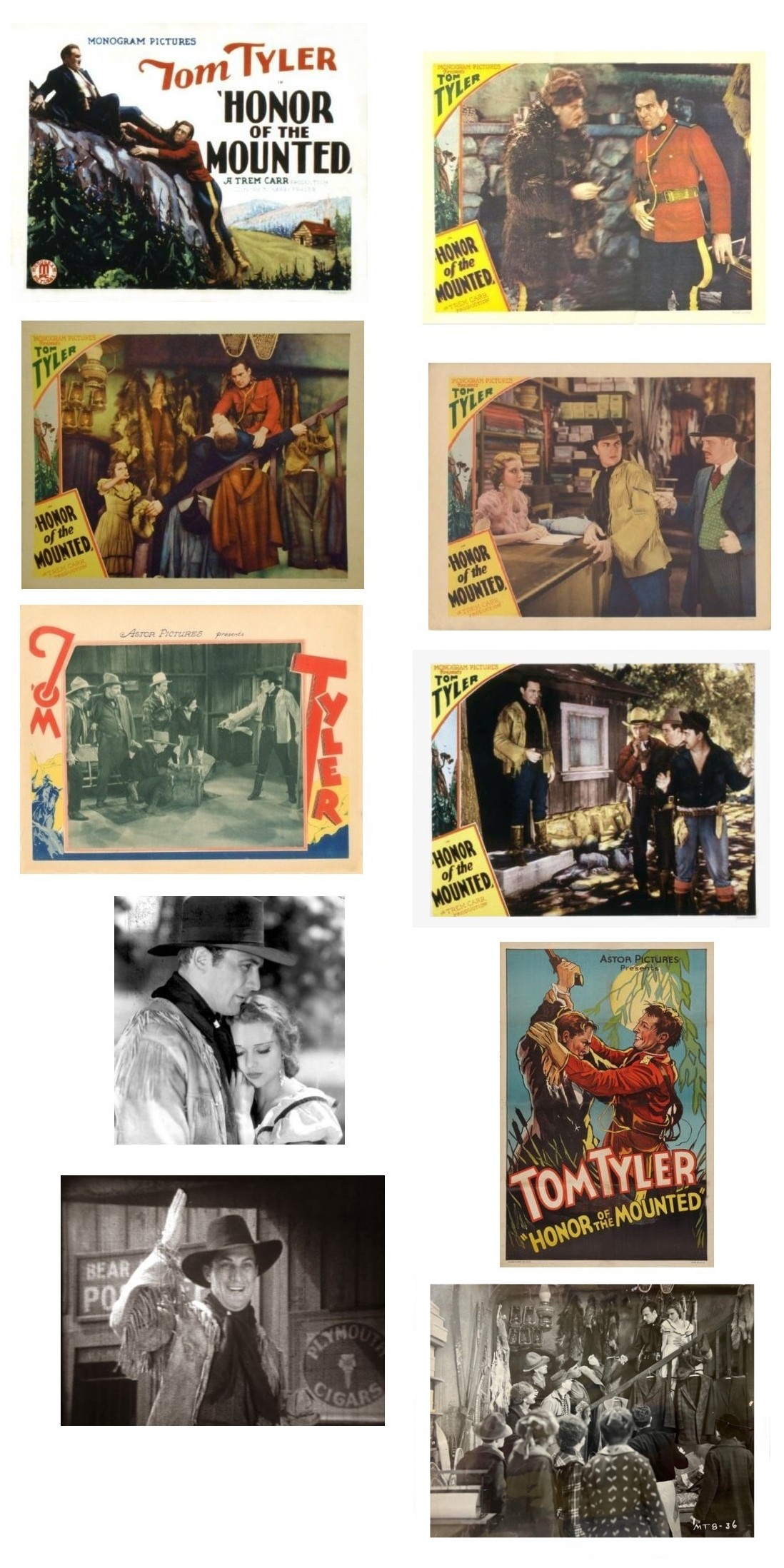 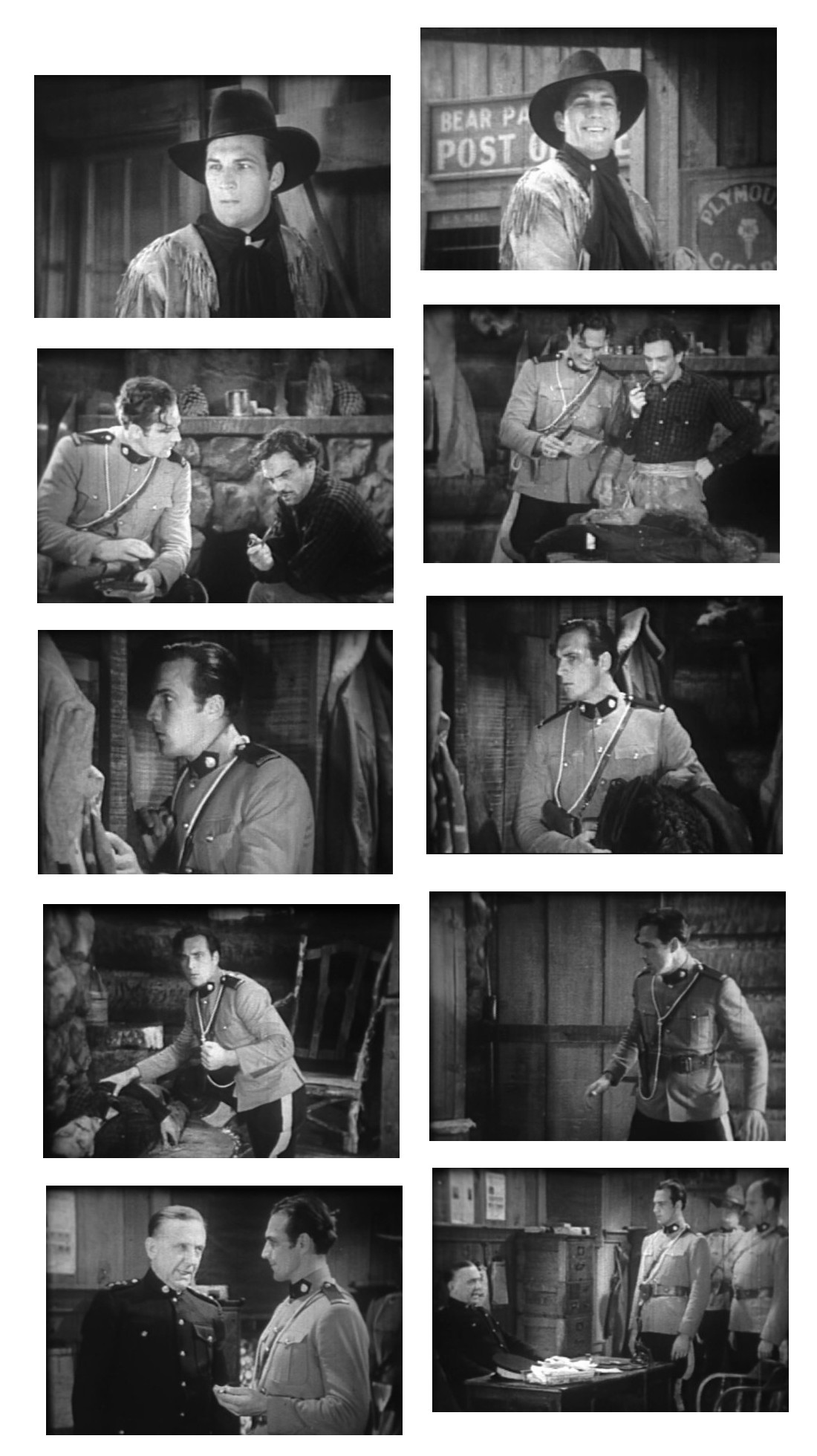 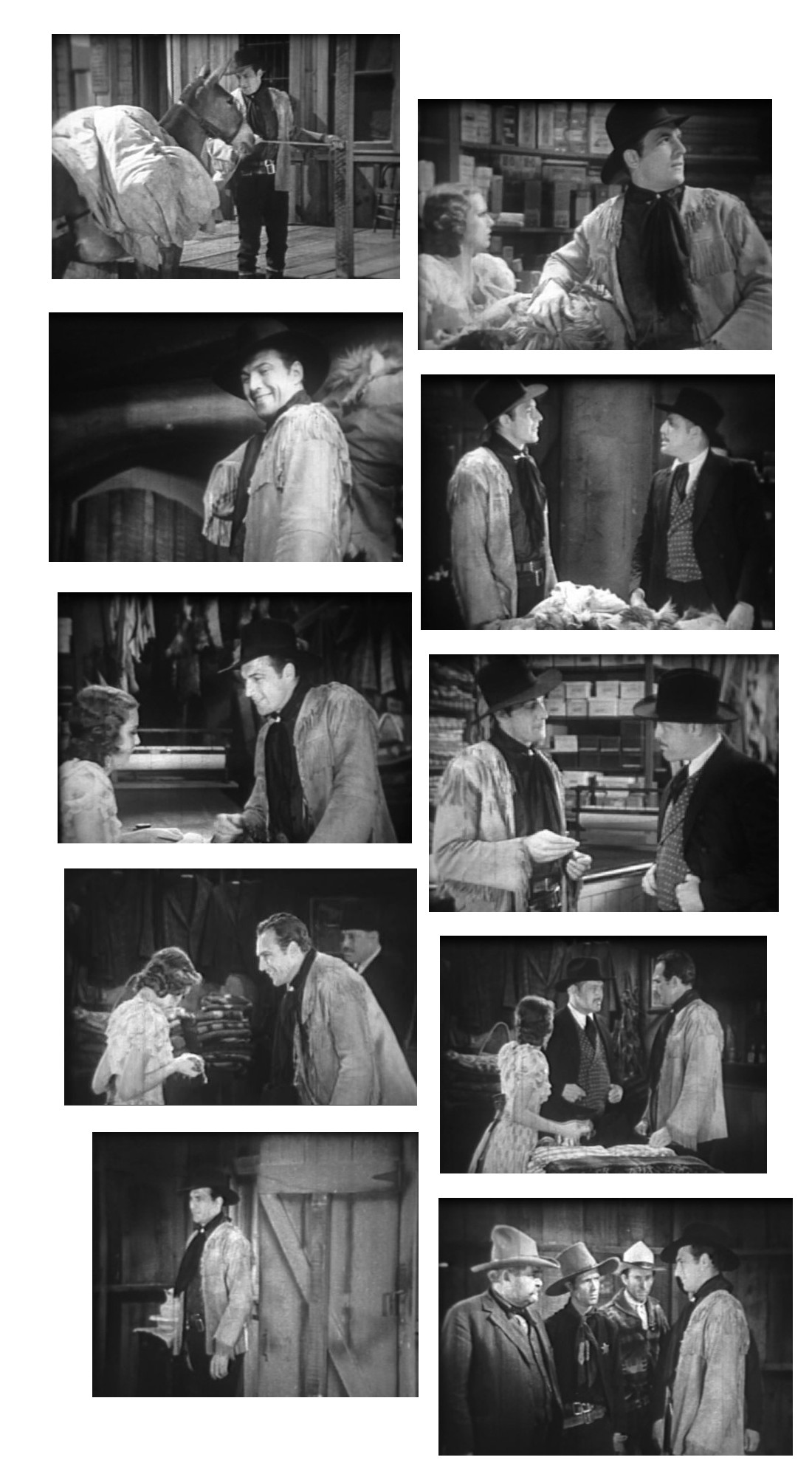 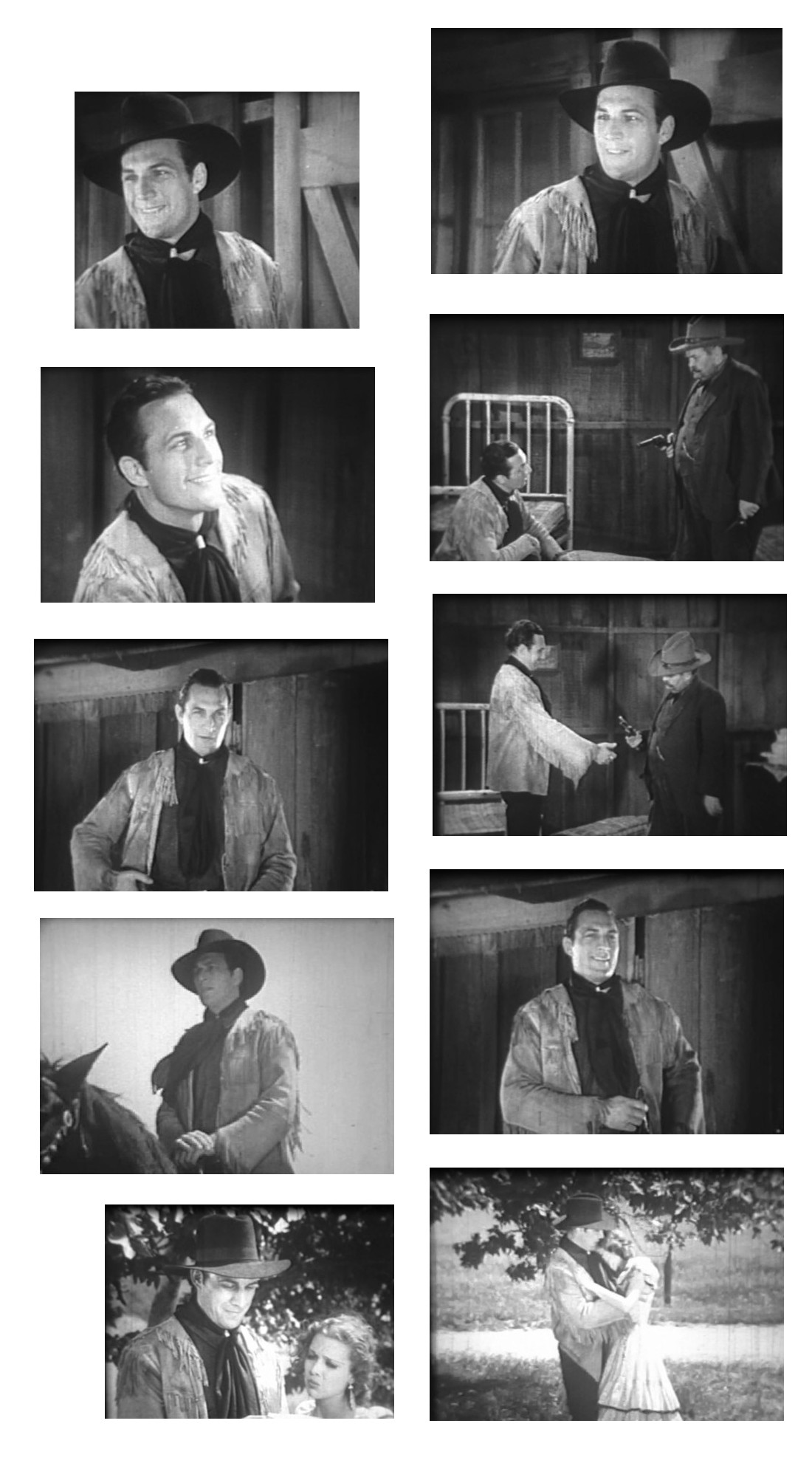 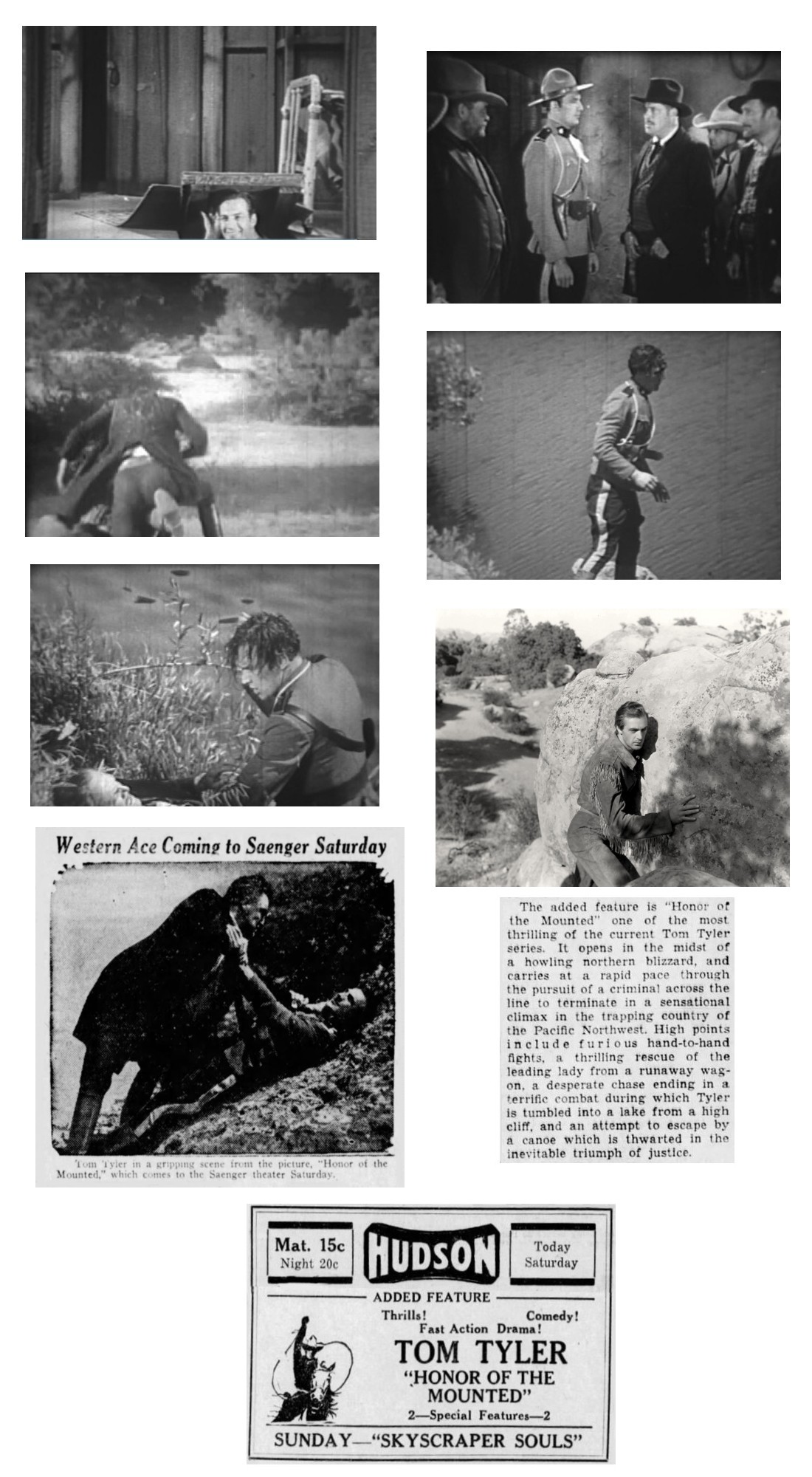 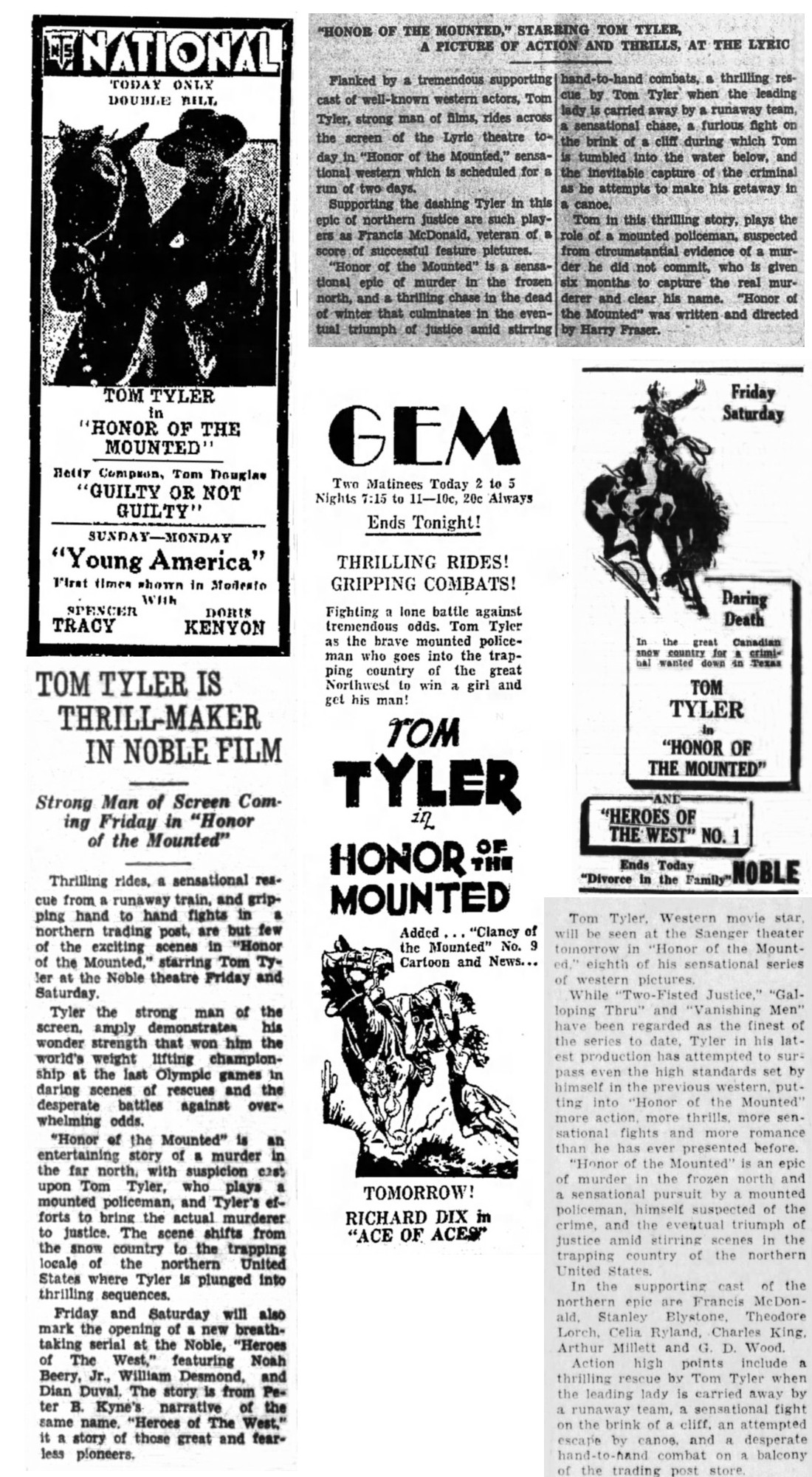 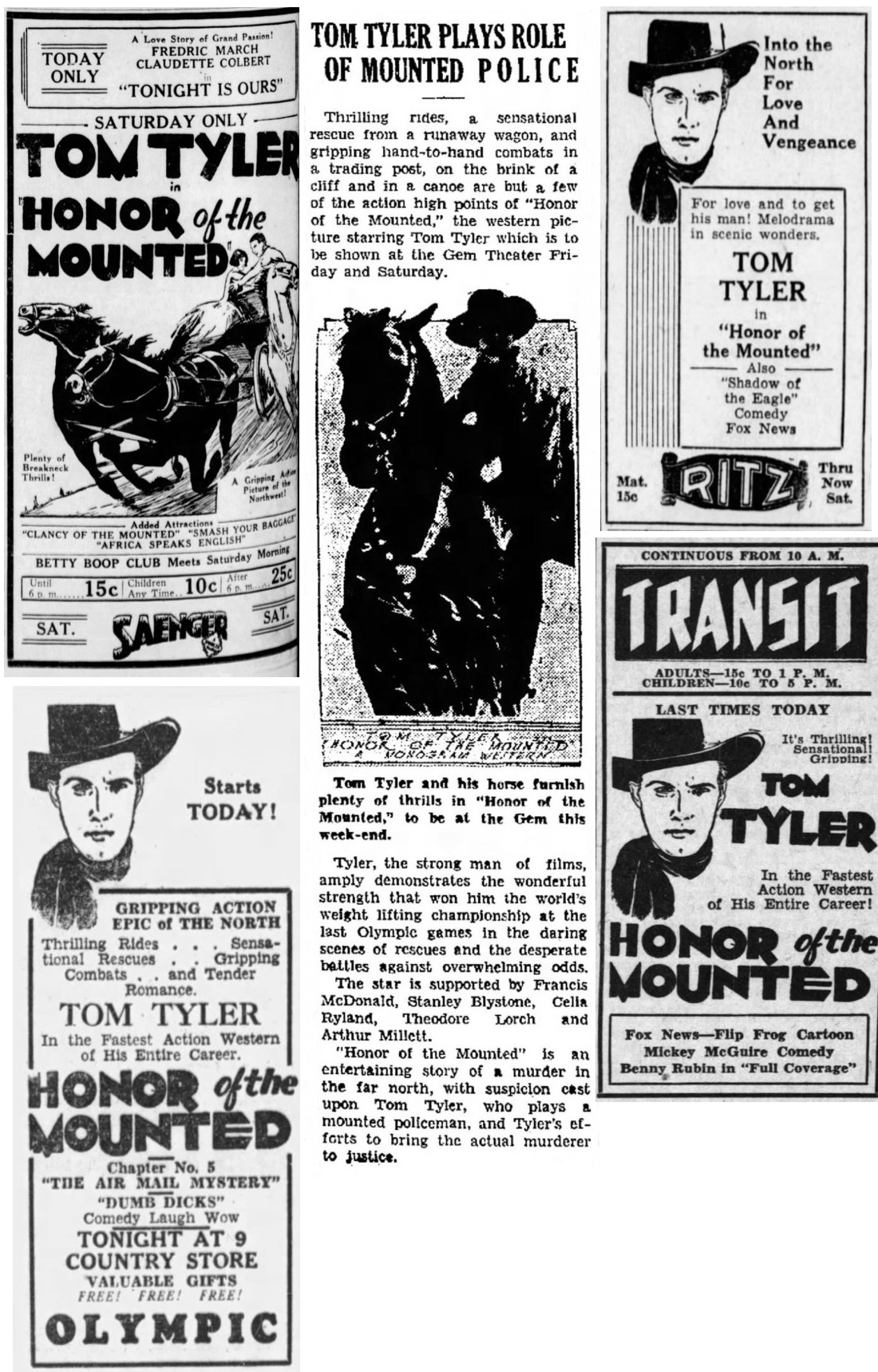 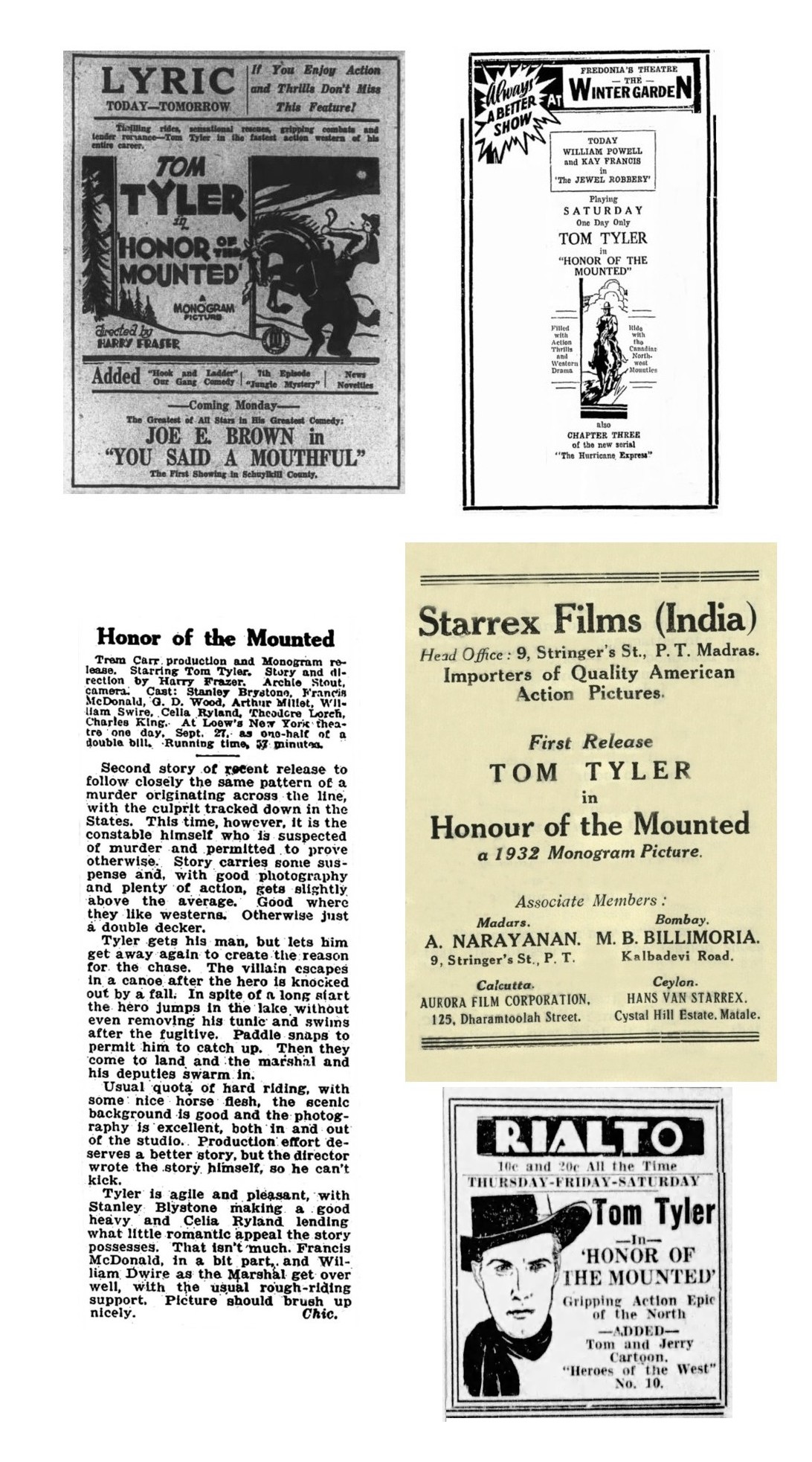