Tom Whitlock happens to have an identical tattoo of that which The Hawk (Bud Osborne), a local outlaw, also has. The Hawk was in prison but escaped, and Sheriff Rawlins (Lafe McKee) and Pete Sorrenson (Hal Taliaferro) plant Tom in order to infiltrate The Hawk's gang and recover the stolen bonds. Tom becomes friends with the sheriff's daughter Betty (Alice Dahl) and soon falls in love with her. Soon The Chief (J. P. McGowan) shows up at the gang's hideout, ready to identify Tom as a fraud, and gets ready to shoot him when someone from behind plugs him.

Meanwhile, Tom leaves the hideout and heads into town, ready to spring the news to the sheriff, and by the time he returns to round up The Hawk's gang, The Hawk appears and Tom is revealed to be a government agent.

This movie has the typical Tom Tyler stunts of stopping a runaway stagecoach, diving through a closed window, disguising himself to catch the real Hawk, plus mountain climbing. It is always fun to watch Tom take on Slim Whitaker in a fistfight but this time, he also has to rescue his nemesis from being trapped under a fallen tree trunk. Carlotta Monti, the one time domestic partner of W. C. Fields, appears as a Lolita. 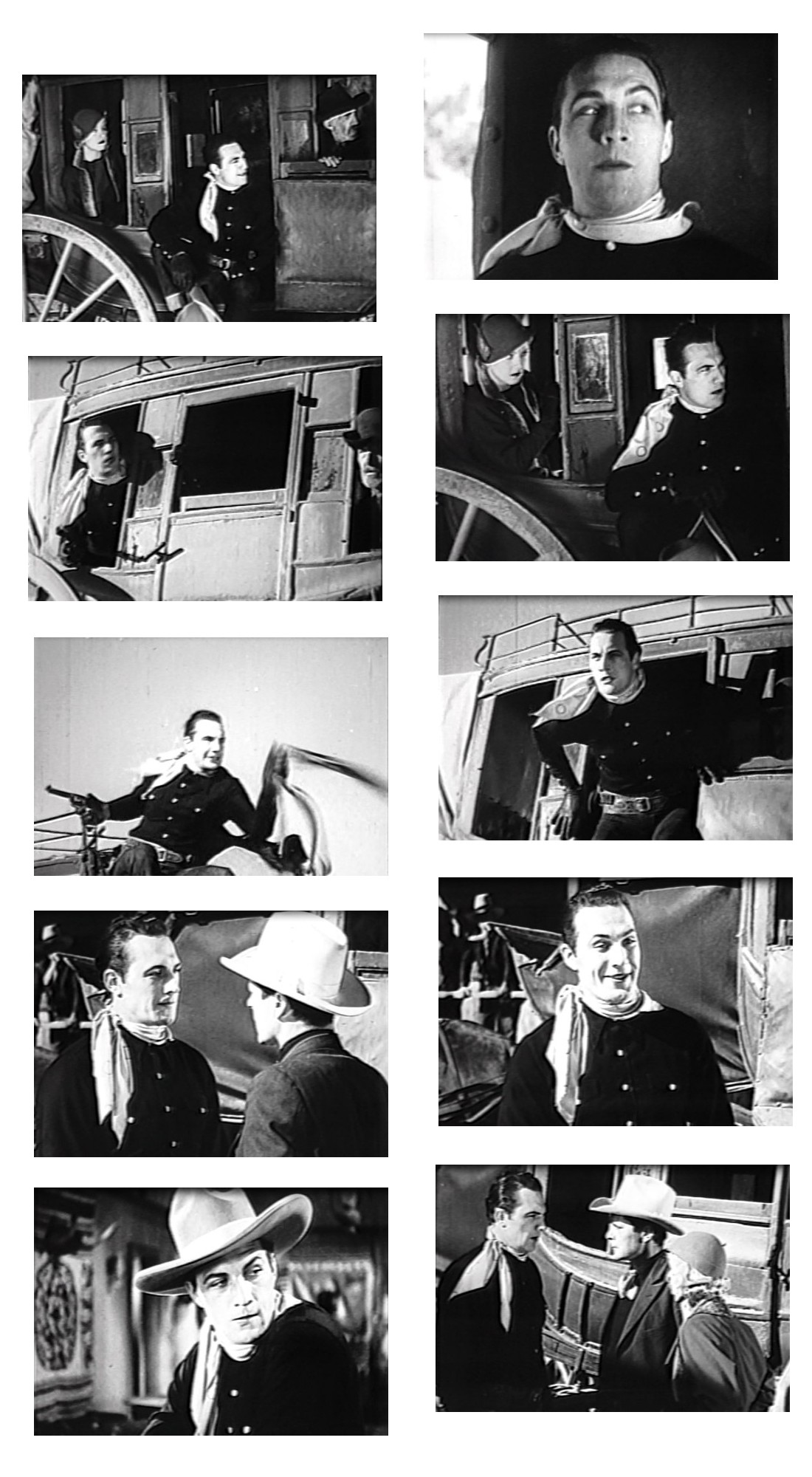 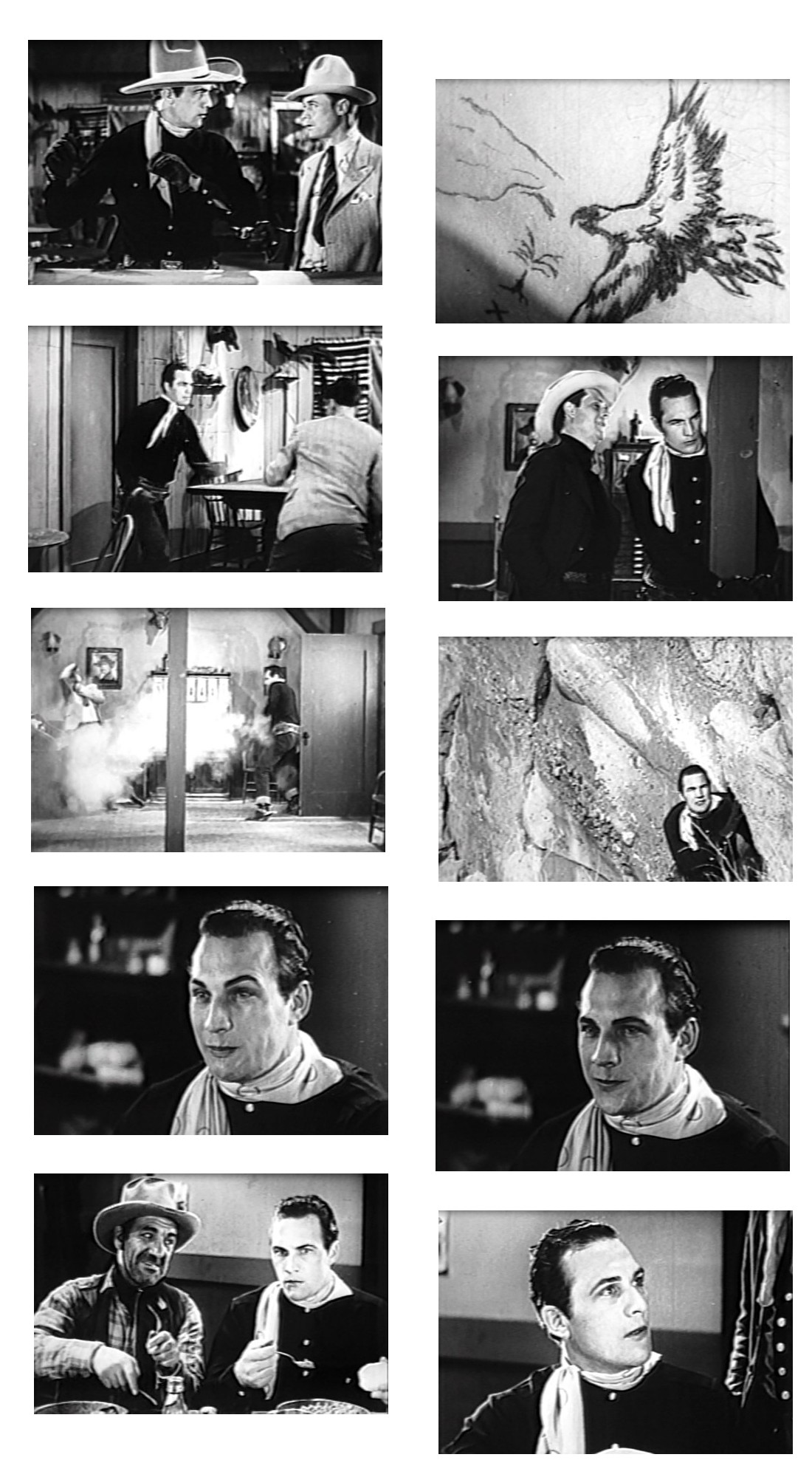 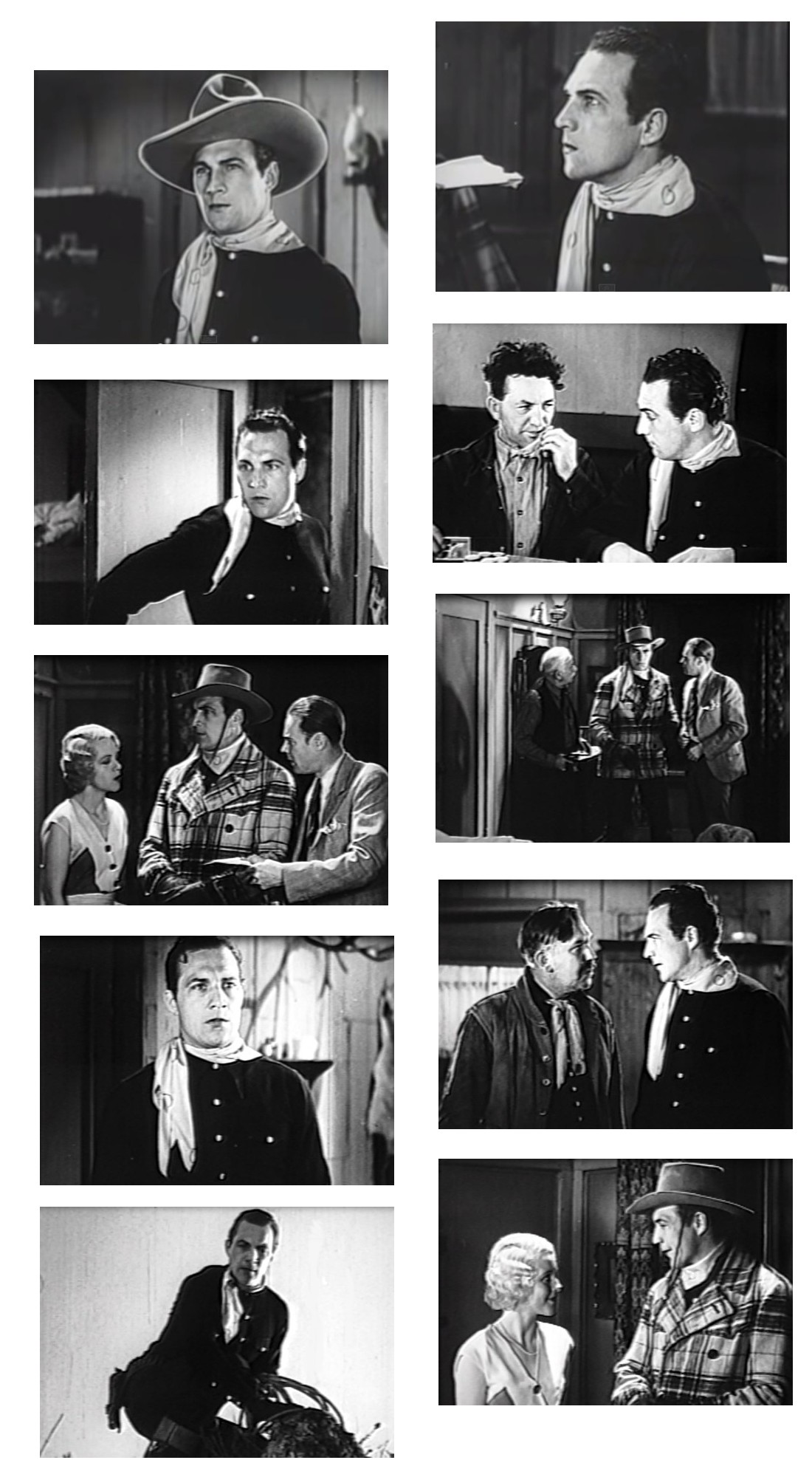 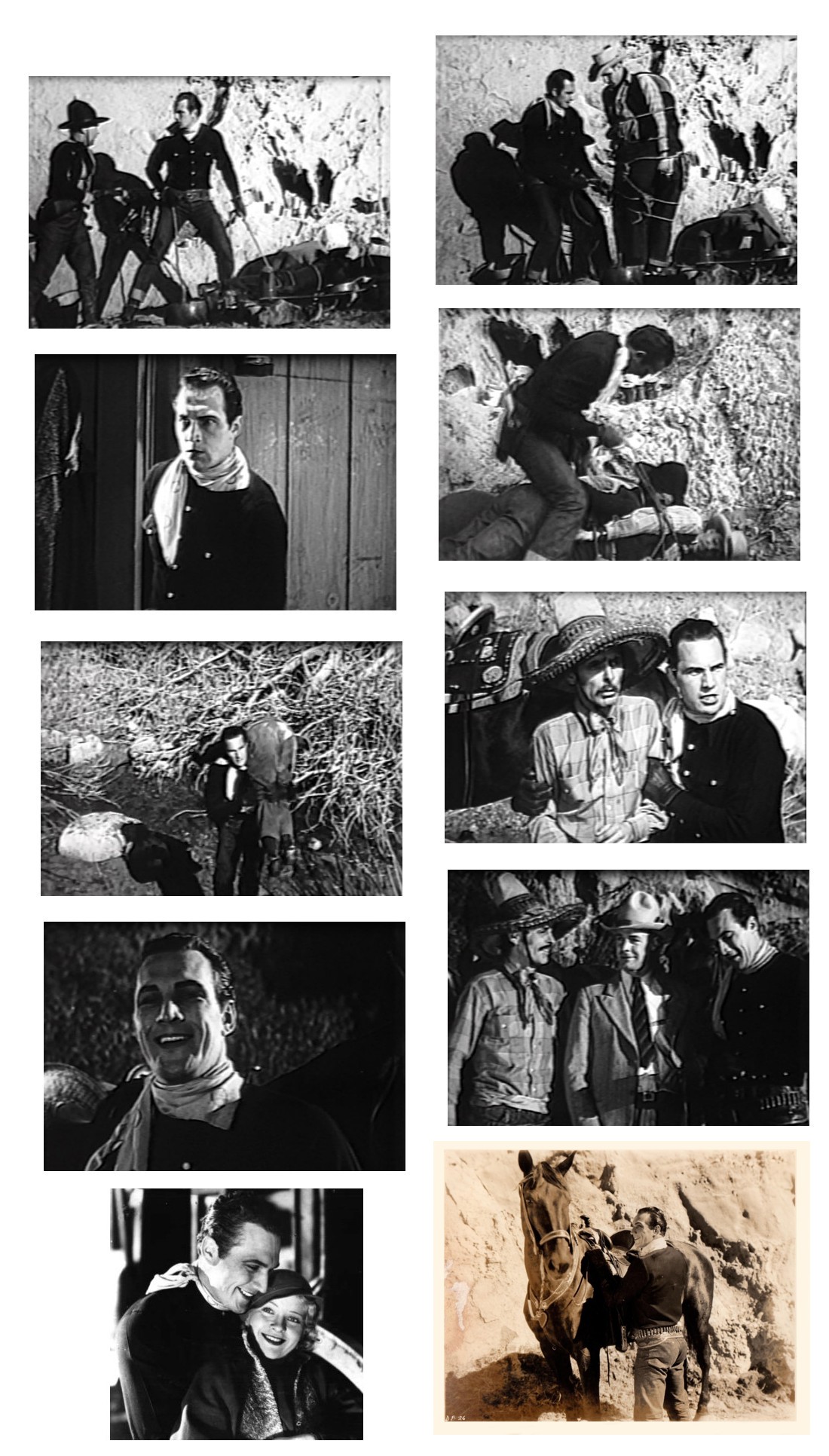 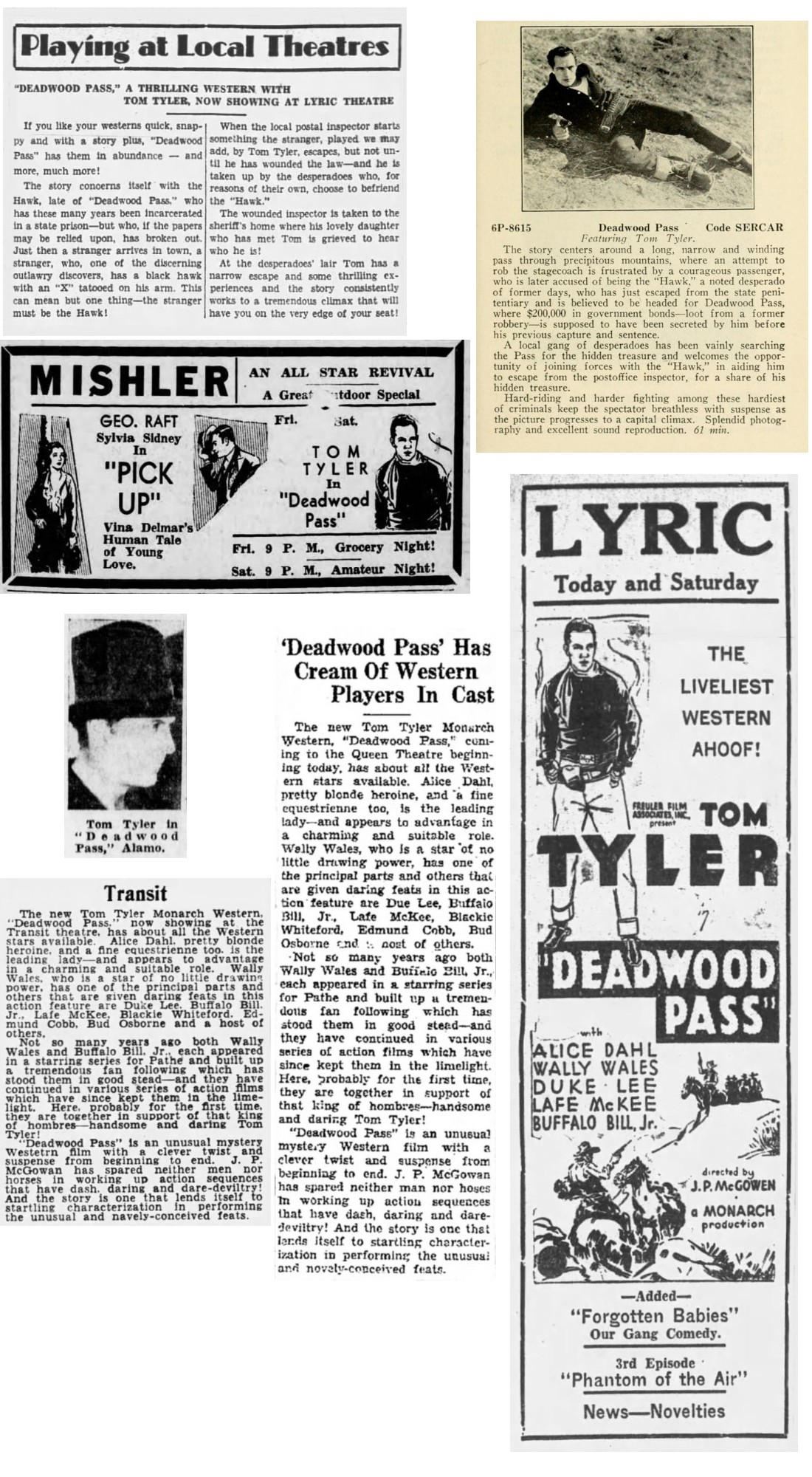 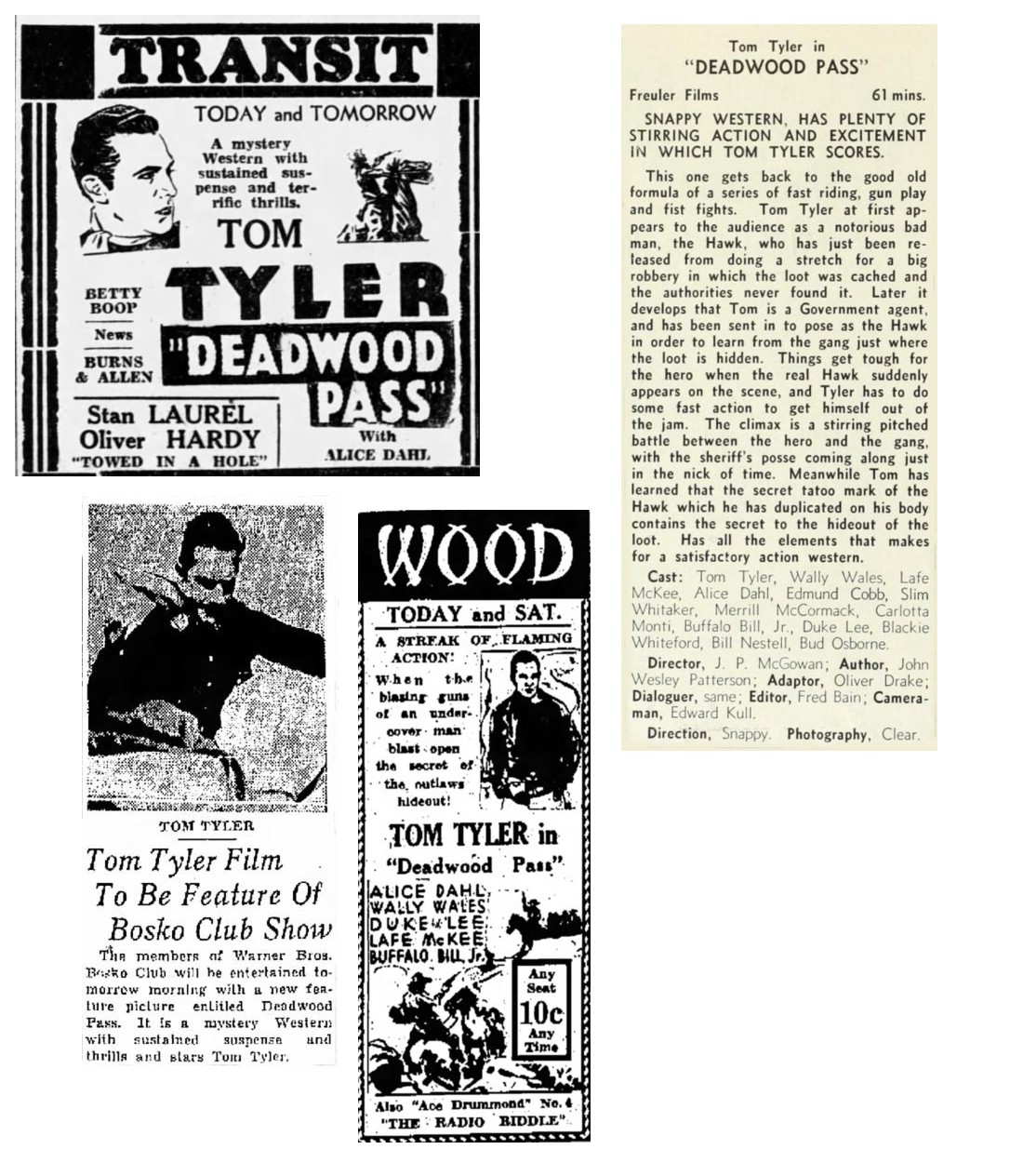 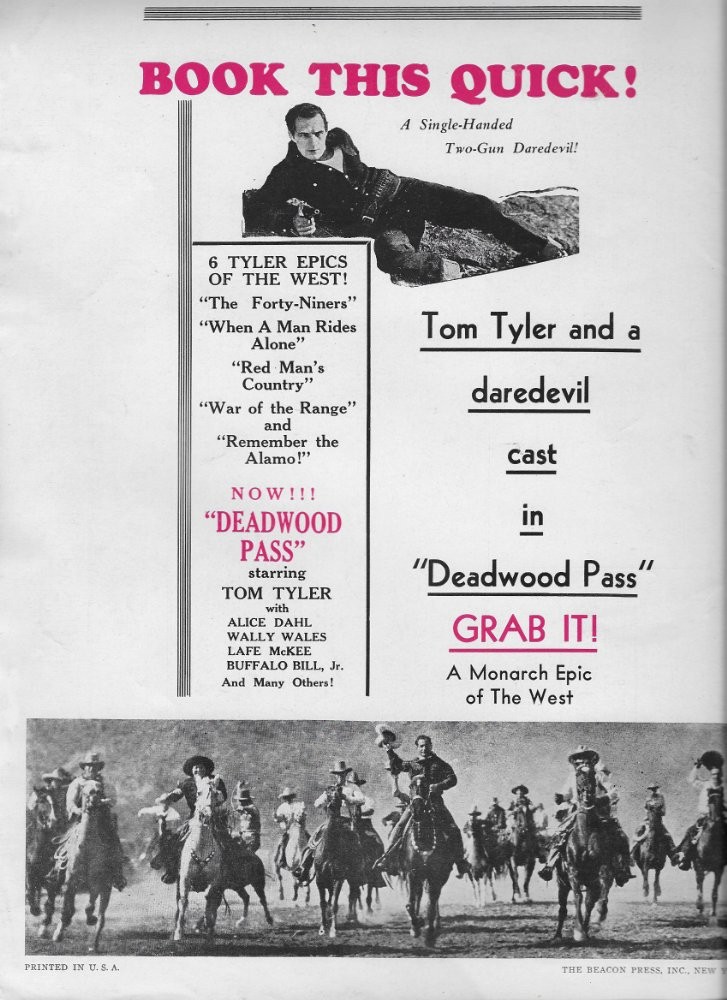 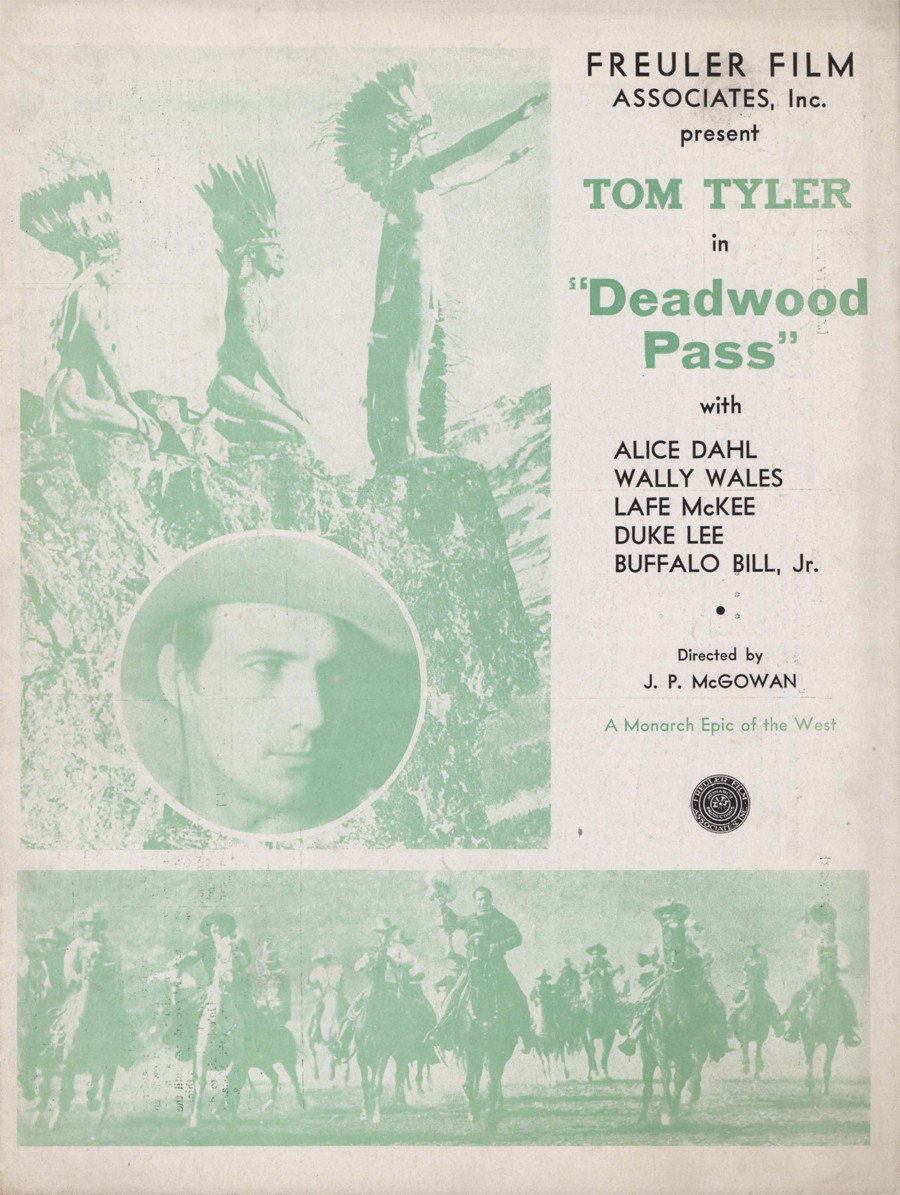 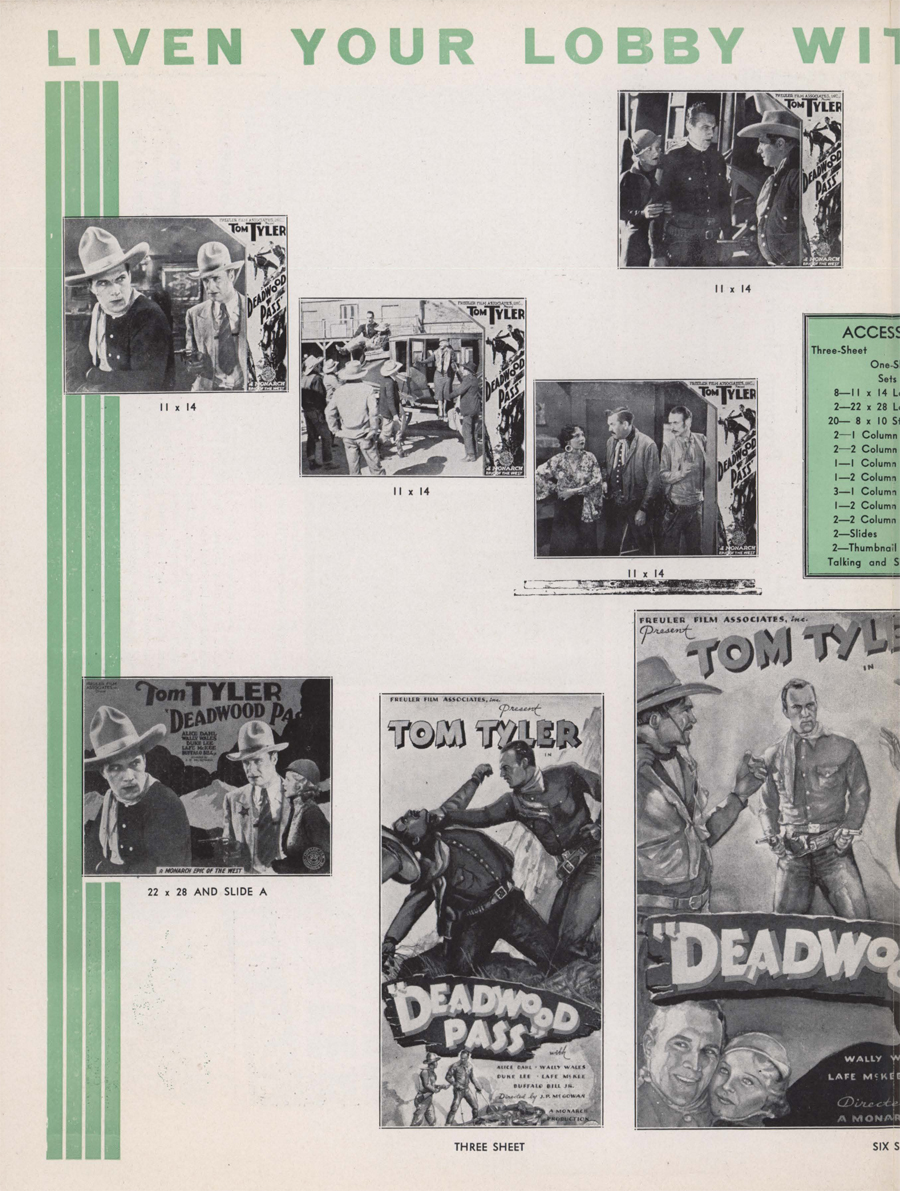 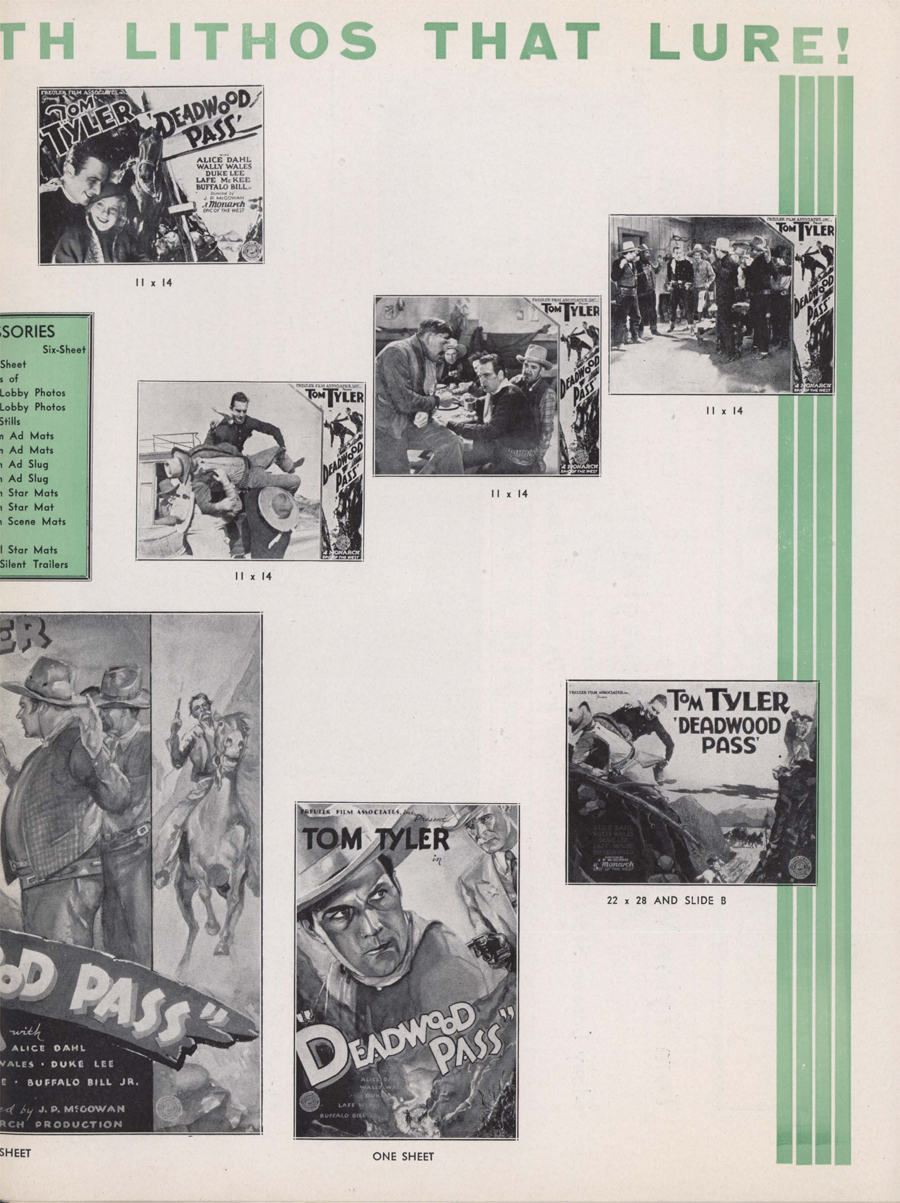 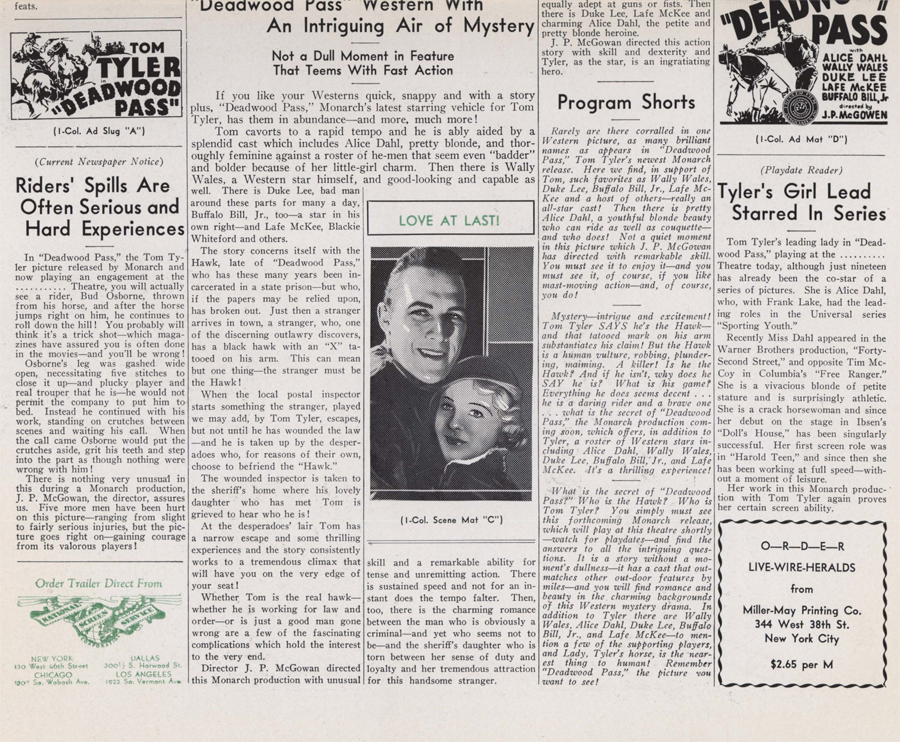 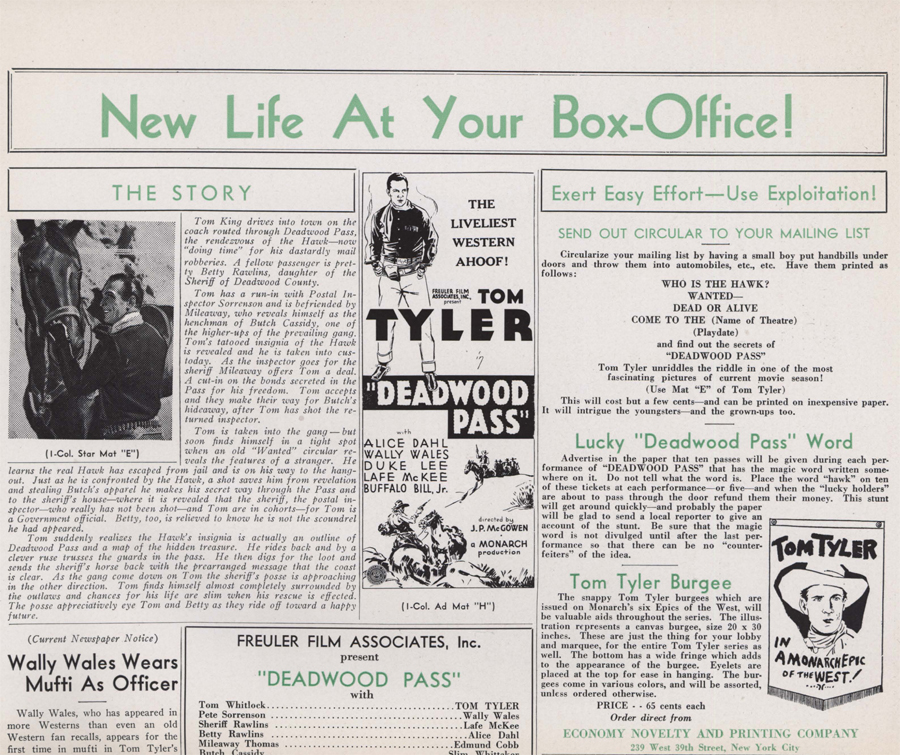 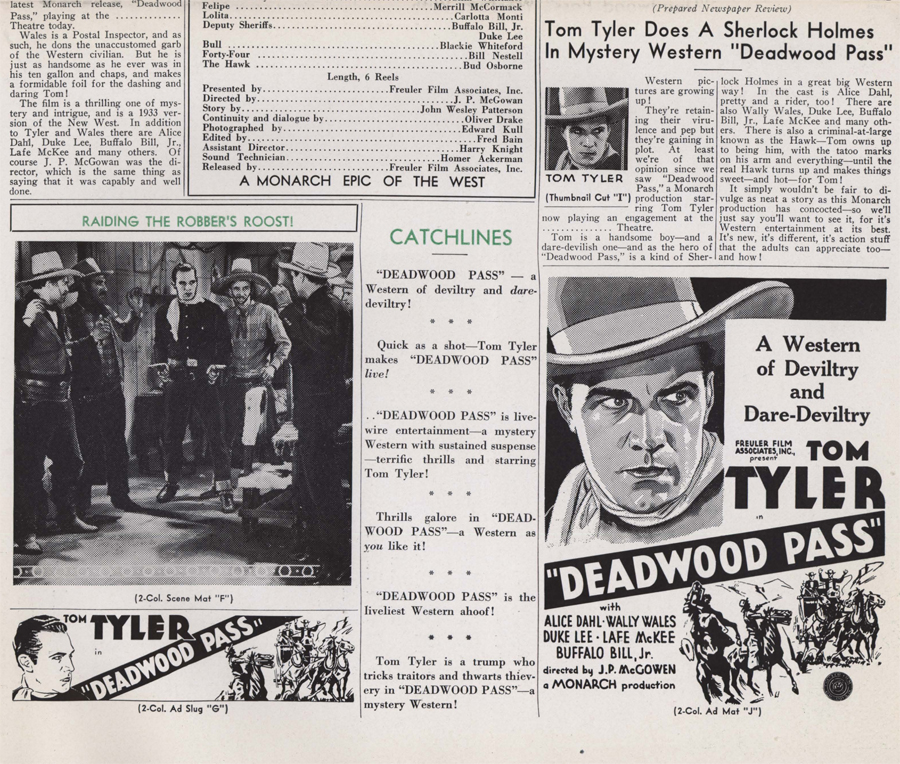 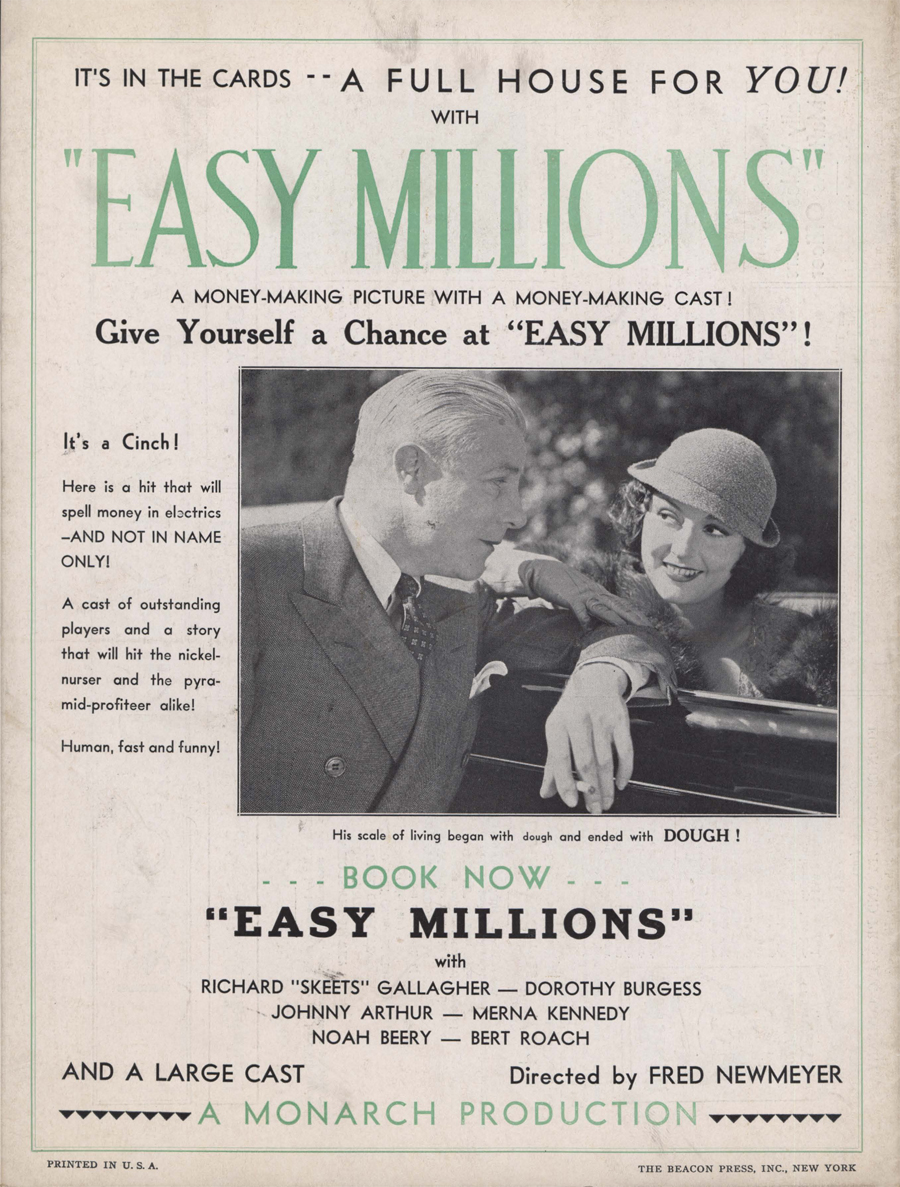