IMDB Trail of the Horse Thieves

Smile for the people
now I know the way to hide the doubt
- C. Scott & D. Dyer

Vic Stanley is an undercover officer hot on the trail of a gang of horse thieves, and arrives at a ranch where the owner, Clint Taggert, has called for help on the matter. While Vic inspects the property, he comes across a cave, where he finds the group of bandits, led by The Eagle. Of course, The Eagle loses no time in trying to frame Vic for the horse thieving, which forces Vic to back off for the time being. When Vic returns to the ranch, he gets to know the Taggerts, becoming fast pals with Buddy, and soon becomes romantically involved with Amy, the lady of the ranch. Vic continues his investigation and encounters The Eagle and his henchmen on more than one occasion, which sometimes ends up in major fistfights; at other times, where Vic is fighting for his life, as when he falls into quicksand and Buddy has to pull him out using a rope.

When Vic least expects it, The Eagle frames him when the sheriff is present, and of course the Taggerts disbelieve Vic to be the mastermind behind the horse thieving. While he is in jail, Vic plots his escape when he learns that Amy and her father are being held prisoners in a shack on ranch property. Once freed, Vic chases down The Eagle and his men on horseback, jumping them and engaging in an all-out brawl, right in the middle of a sandstorm. With The Eagle in his possession, and Buddy as a witness, Vic hands the real horse thief ringleader over to the sheriff, who then handcuffs The Eagle and hauls him off to jail. Vic and Amy become engaged, and along with Buddy, become a new family.

During the filming of “Trail of the Horse Thieves”, Tom and the cast members were directed by Bob De Lacey to fight as realistically as possible, which resulted in them really get beat up: some of the men had broken noses, sore muscles, and head butting. To add to that, the scene was filmed during a sandstorm, which temporarily blinded Tom, forcing him to fight with his eyes closed! The most heartwarming moment in the silent film is near the end when Tom, Amy and Buddy are surrounding a basket full of puppies, which seems the perfect remedy for all of Tom’s harrowing experiences with the bandits where he almost gets killed every time he meets up with them. At one point during the filming process, waiting for the cameraman to change positions on the set, Tom and Bill Nestell spent a little bit of time singing songs to the accompaniment of a studio musician's accordion. As soon as the director called “Positions!”, Tom and Bill abruptly stopped the music and took to their roles in all seriousness, which apparently received more than a few chuckles from onlooking crew members. “Trail of the Horse Thieves” was filmed in the Mojave Desert, and the screenplay was based on William E. Wing's story “Desert Madness”. An interesting piece of trivia: Bee Amann was a former Mack Sennett bathing beauty.

An up-and-at-'em action show of the days when the rogue and renegade rode the open range! The tale of a courageous girl – a youngster with the daring of a man – and a lone rider who wasn't afraid to fight against odds! (News-Journal, Mansfield, OH, August 15, 1929)

A drama of the days when rogue and rustler ruled the range and life depended on the speed of a man's guns. A lone rider who fought against great odds! (em> 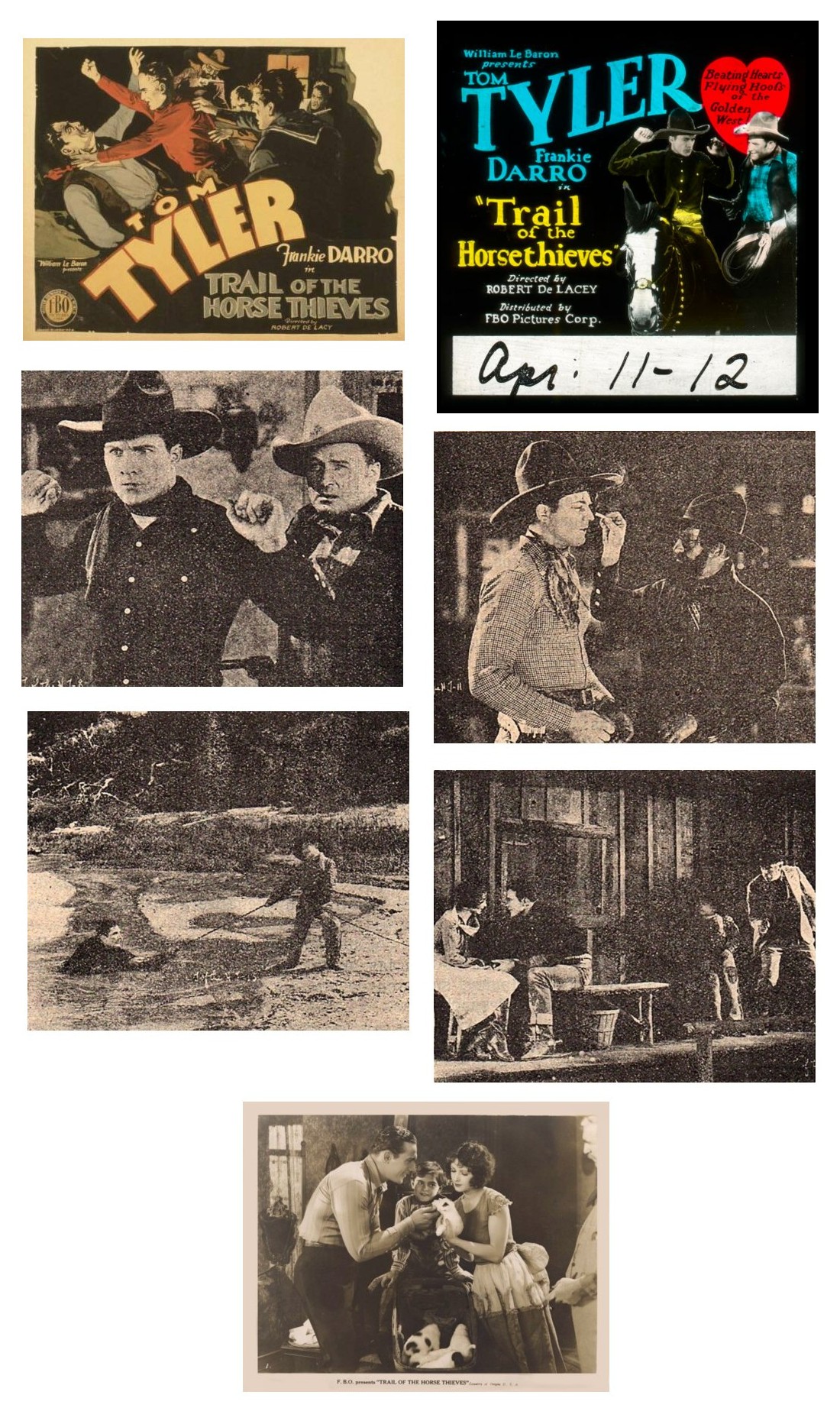 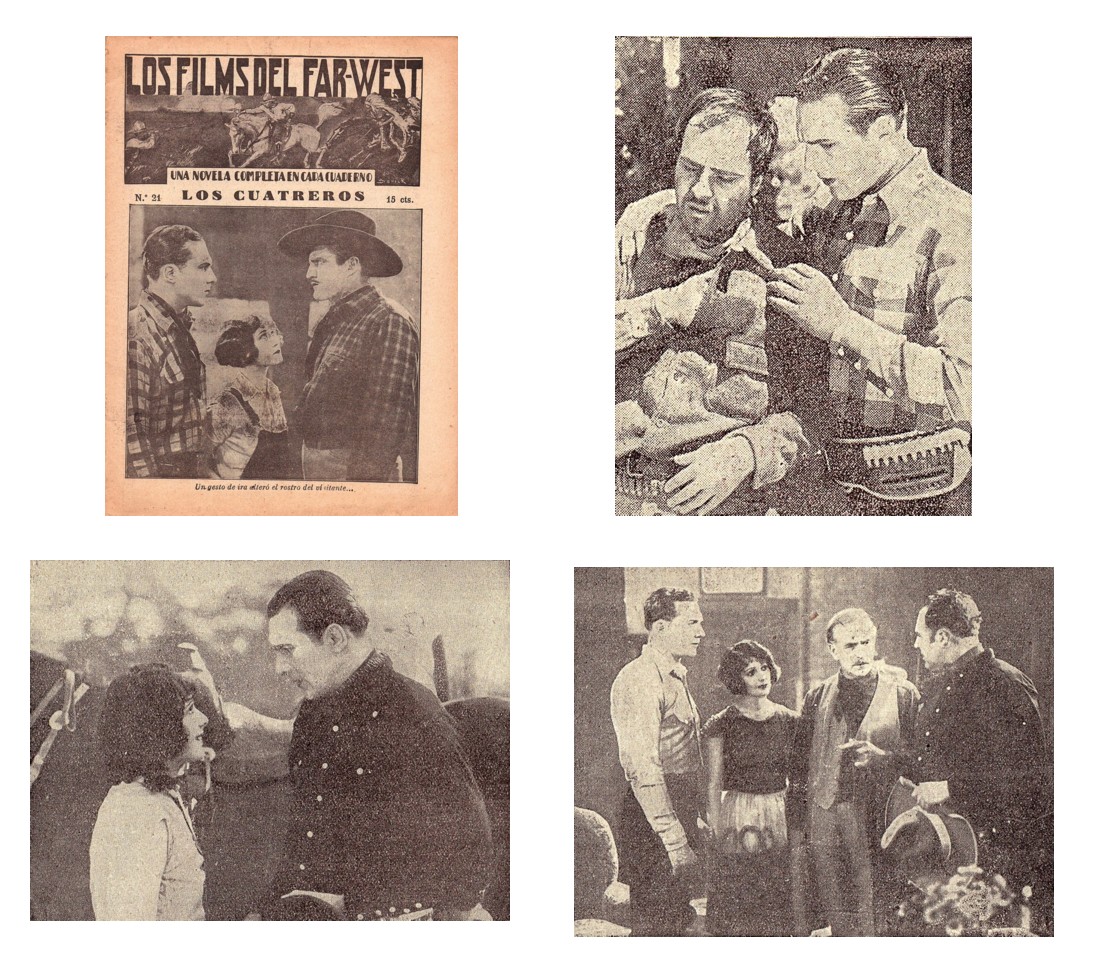 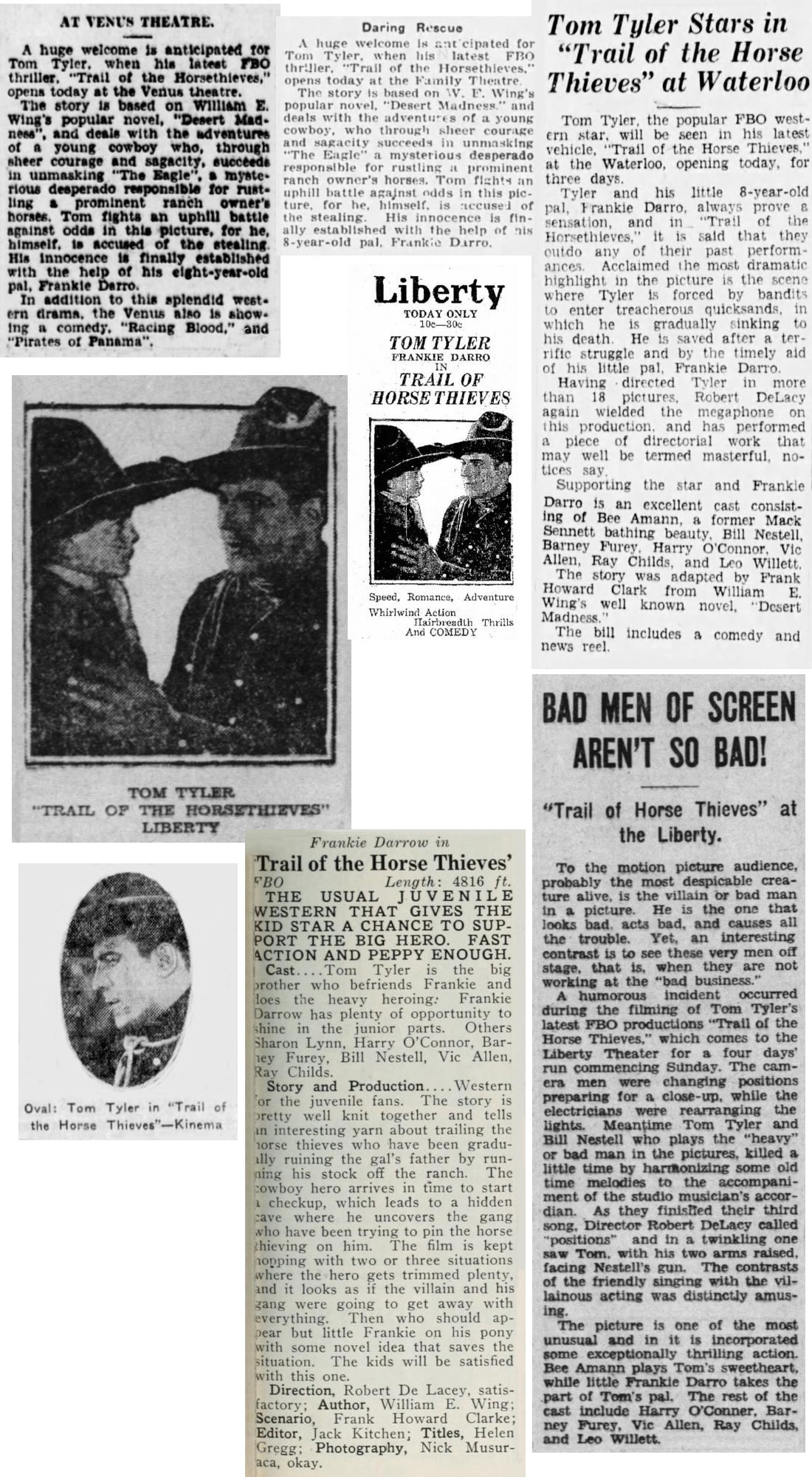