Status: There was a print at Filmoteca Espańola, Madrid but no longer is in their collection.

Dave Collins is the son of a man whose best friend is a wealthy ranch owner. The latter has a will which states his ranch and wealth will be inherited by his granddaughter Lucille and Dave with one stipulation: that the couple get married. In the meantime, another young couple arrive and claim to be the heirs of the wealthy property, and their attorney – who is unscrupulous – also wants a percentage of the wealth. Before Lucille knows it, the attorney develops a liking to her, and has it out with Dave on several occasions, resulting in major fistfights. Spuds, Dave's young pal, helps him out in times of dire need: when Tom is attacked by some henchmen the lawyer sends in his direction, kidnaps and ties him to a handcar on a railroad track. The handcar is headed straight for an oncoming train, and both Spuds and Dave escape just in time. Dave is not the only one who almost ends up dead so the imposter heirs could get ahold of the ranch; Lucille is rescued from her own car, which was tampered somehow by the crooks, and almost gets killed when Dave shows up on horseback, racing against time, and rescues her.

With a number of twists in the plot, which includes Dave's life placed in peril, “Tom's Gang” is entertaining and marks the first of two movies Sharon Lynn made with Tom Tyler (the second one was “The Cherokee Kid”). As stated above, a 35mm print of “Tom's Gang” was housed at Filmoteca Espańola, in Madrid, Spain, but what happened to it is unknown, and they have no deaccessioned record of this silent film.

Packed with all the thrills and romance of the open range. (The Town Talk, Alexandria, LA, September 10, 1927)

See him in this latest rollicking story of life in the Golden West. (The Times Herald, Port Huron, Michigan, December 6, 1928) 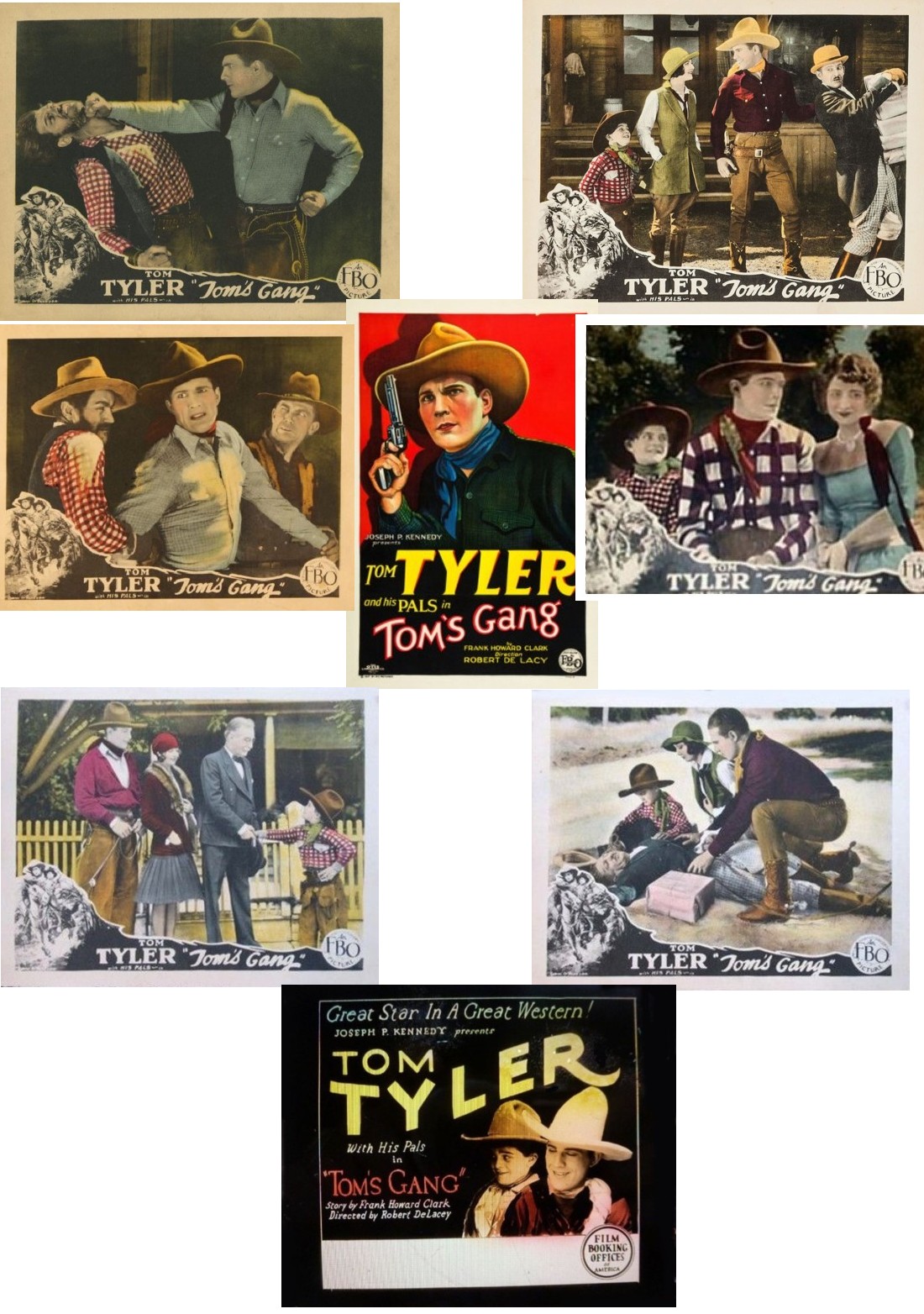 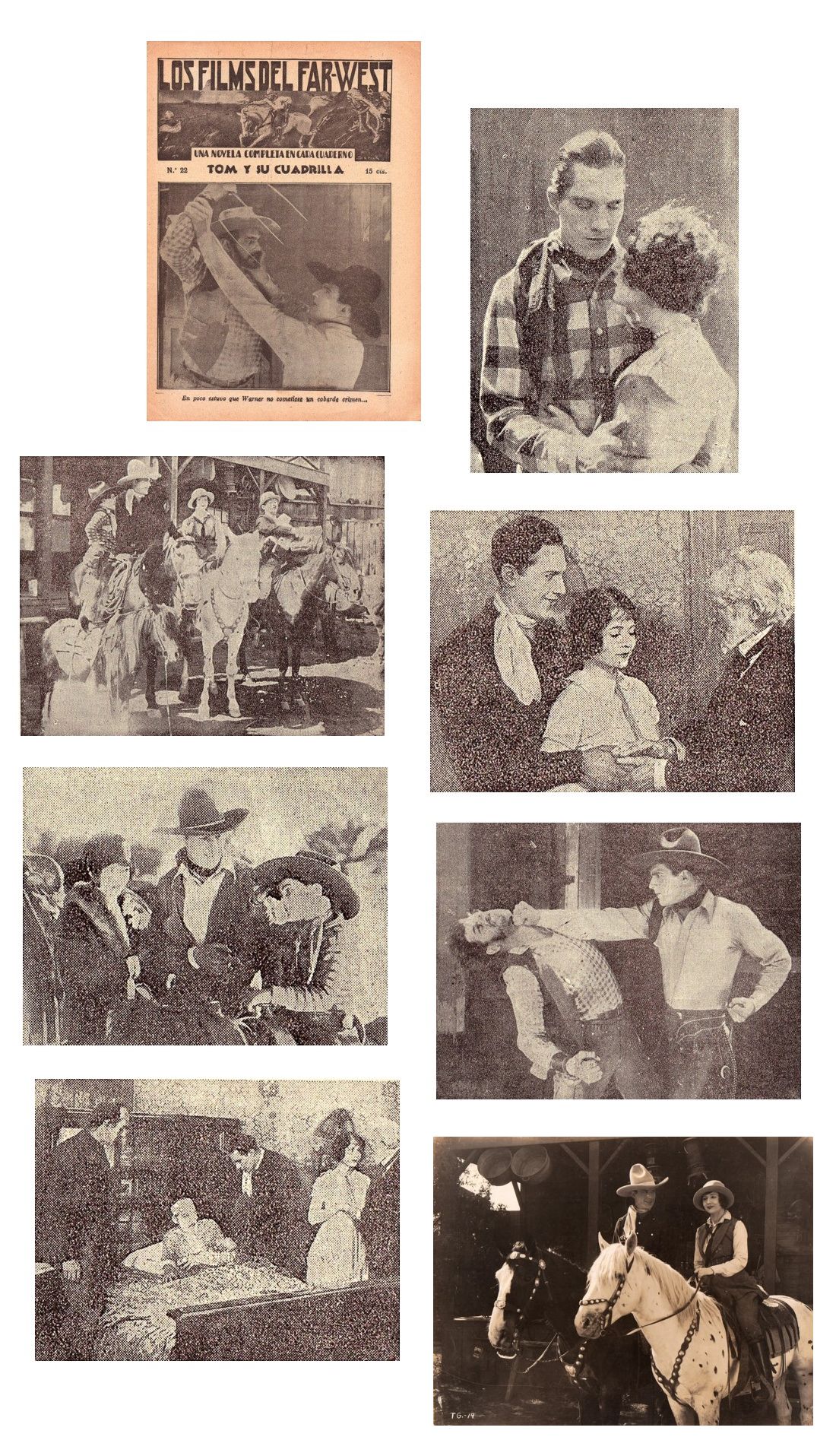 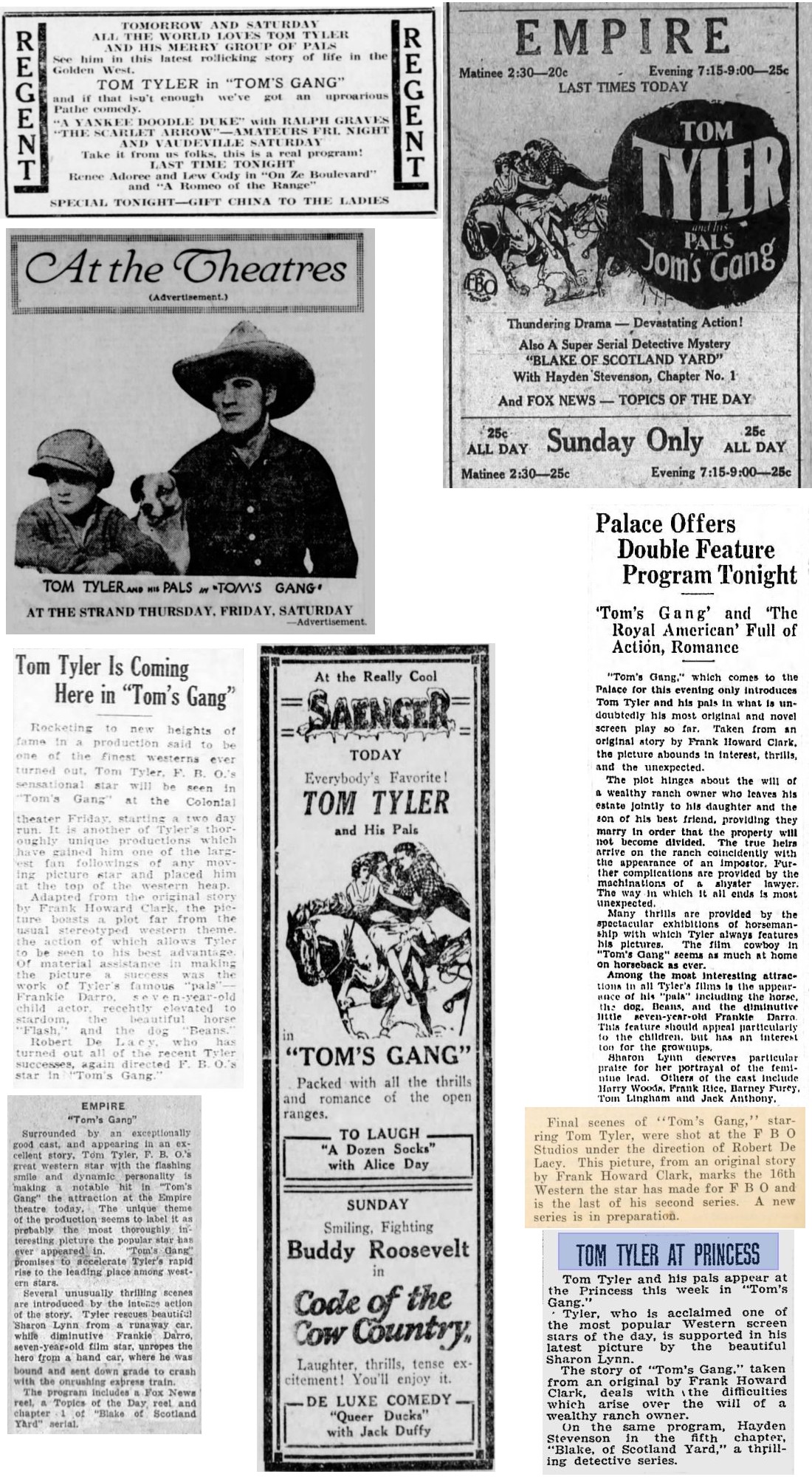 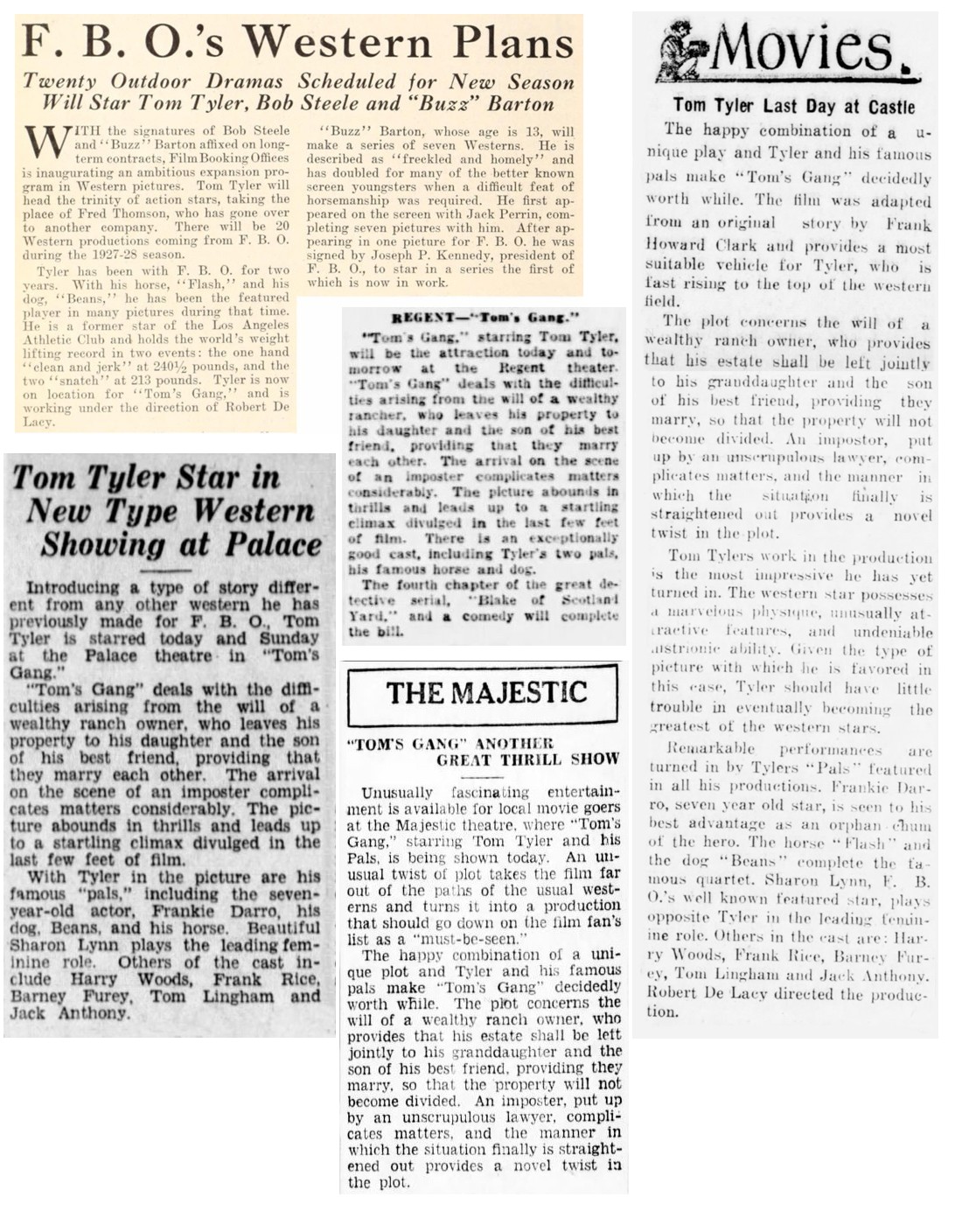