IMDB Tom and His Pals

Tom Duffy's father owns half of the Flying U Ranch, and while he is competent as a foreman, loves to spend his remaining time reading movie magazines. In fact, Tom has a personal interest in Pandora Golden, a famous movie star, and as soon as hears that the Flying U Ranch is going to be a filming location for a western she is shooting, he becomes enthralled with the idea – and in meeting her. Mary Smith and her young brother Frankie are the nominal heirs to the other half of the same ranch, and Tom shows some romantic interest in her, and is good friends with her little brother Frankie. When he does finally meet Pandora in person, she shows off her beautiful clothes to him, which he likes, and teaches him and the other ranch hands how to dance the Charleston. Soon Tom becomes acquainted with all of the visiting acting cast on the ranch, and both he and Mary prove to be good hosts, as they provide meals for their guests and even invite them to a party.

Unfortunately for Tom, Pandora and her co-star Courtney conspire against him and Mary in order to acquire the ranch that she stands to inherit. Courtney has his eye on Mary and eggs her into eloping with him, while trying to get Tom out of the way. At the right moment, Courtney traps Mary and abducts her, shuffling her onto a train. Tom finally leaps onto the train from his horse, finds Mary, and has it out with Courtney using his fists.

Back on the ranch, one of the child actresses in the acting troupe becomes a target for a bull who lunges at the child, but quick-thinking Tom rescues her. Soon he discovers that the little girl's mother is Pandora. Pandora eventually confesses to Tom the scheme that she and Courtney cooked up against him. The film crew wraps up filming on the ranch and leaves. Disenchanted with his film star crush, Tom returns to Mary, and the couple marry and live on the Flying U Ranch with Frankie.

“Tom and His Pals” combines plenty of comedy in a western setting. One dangerous stunt that Tom performs is leaping off his horse in high-speed pursuit to a train; in another scene, he also scales a cliff to save Frankie, who becomes a victim of Courtney and Pandora's scheme. The plot of “Tom and His Pals” is very similar to that of “Phantom of the Range” 1928, only in this situation, Tom is not the actor in the story; Helen Lynch has that honor instead. As a bit of trivia, "Tom and His Pals" was originally titled "Cow Punching for Cupid" and was even listed as such in its original release in Motion Picture News for 1926.

A young foreman of a ranch is smitten with a movie actress who is making a picture on his ranch. (The Burlington Free Press, Burlington, VT, July 21, 1927) 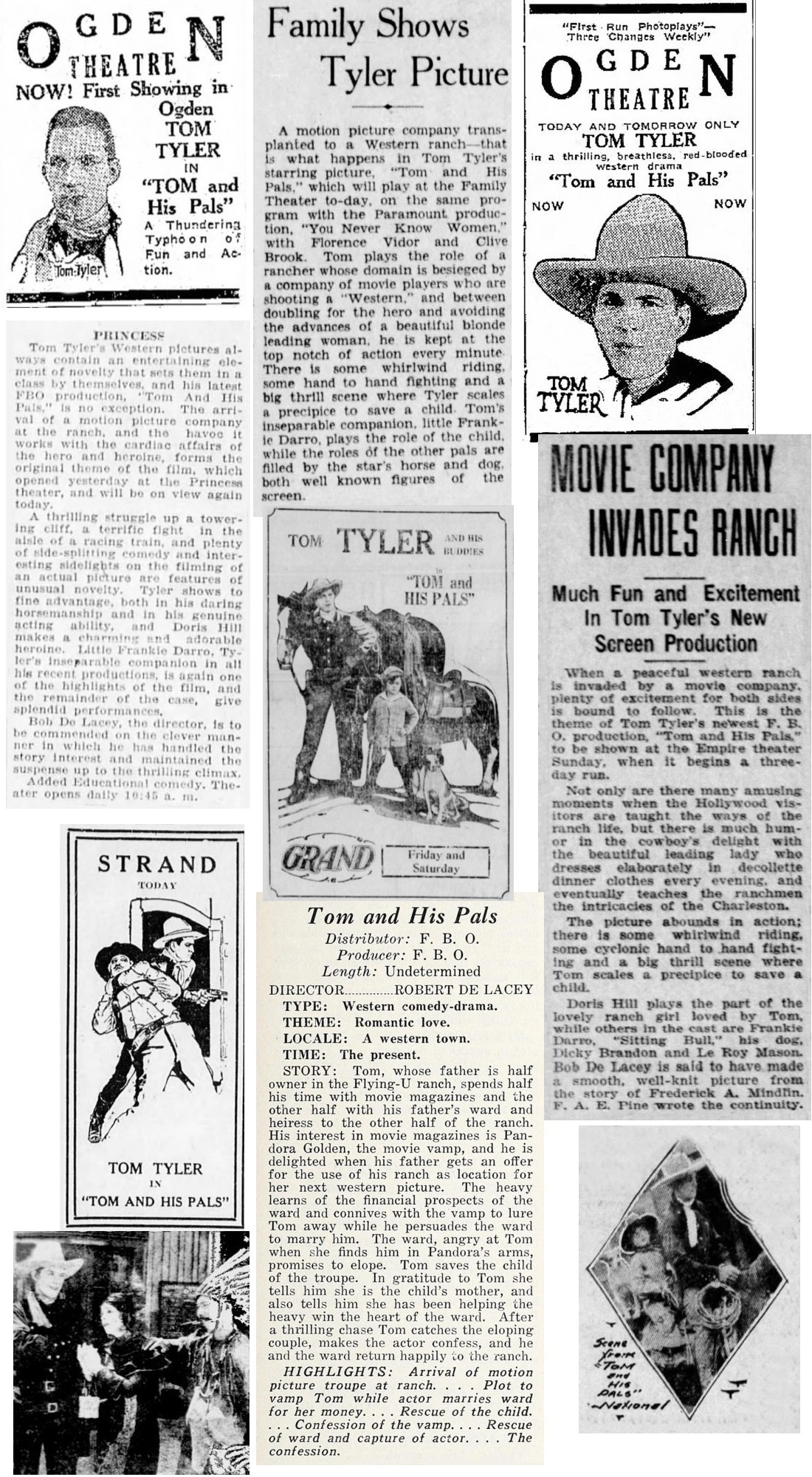 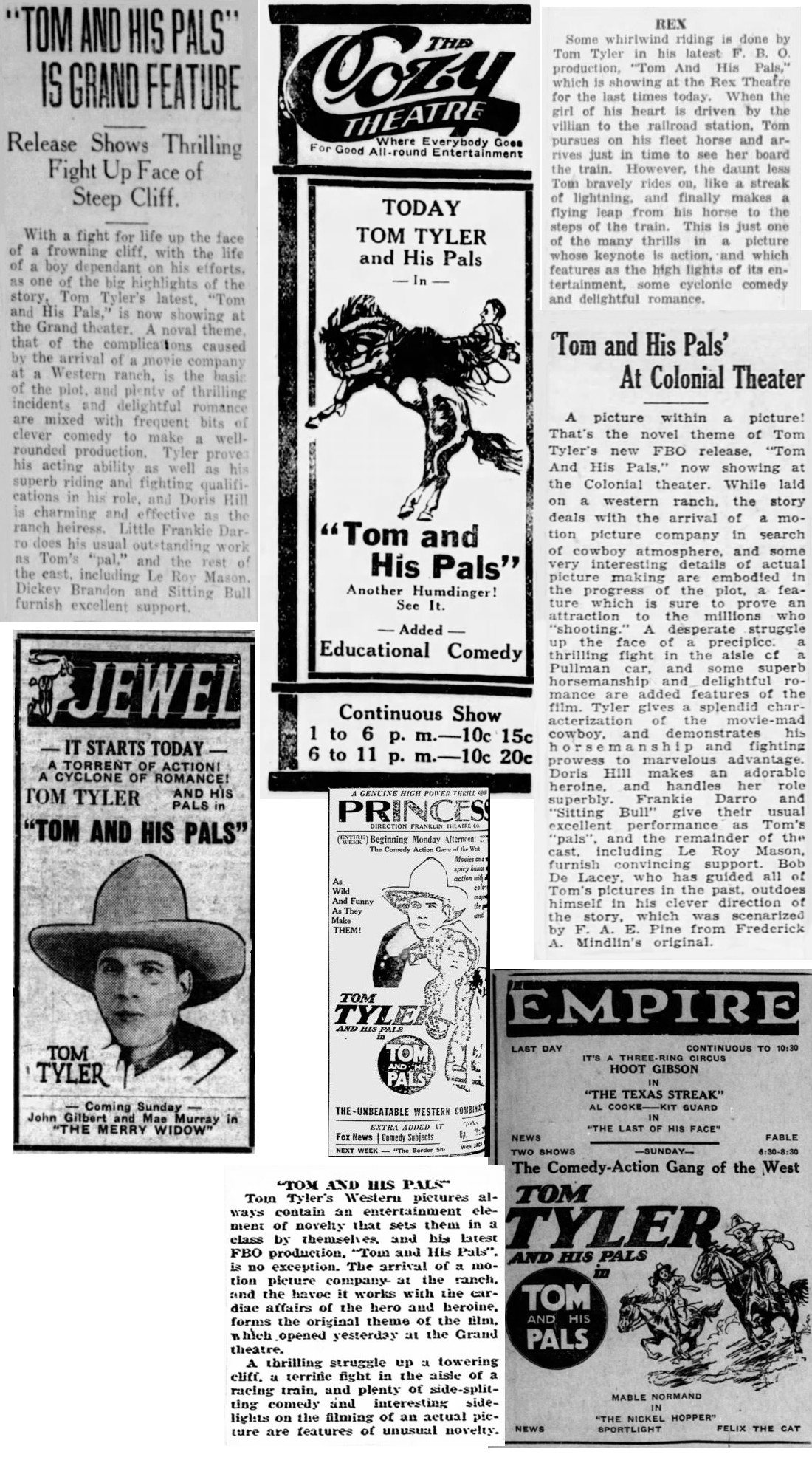 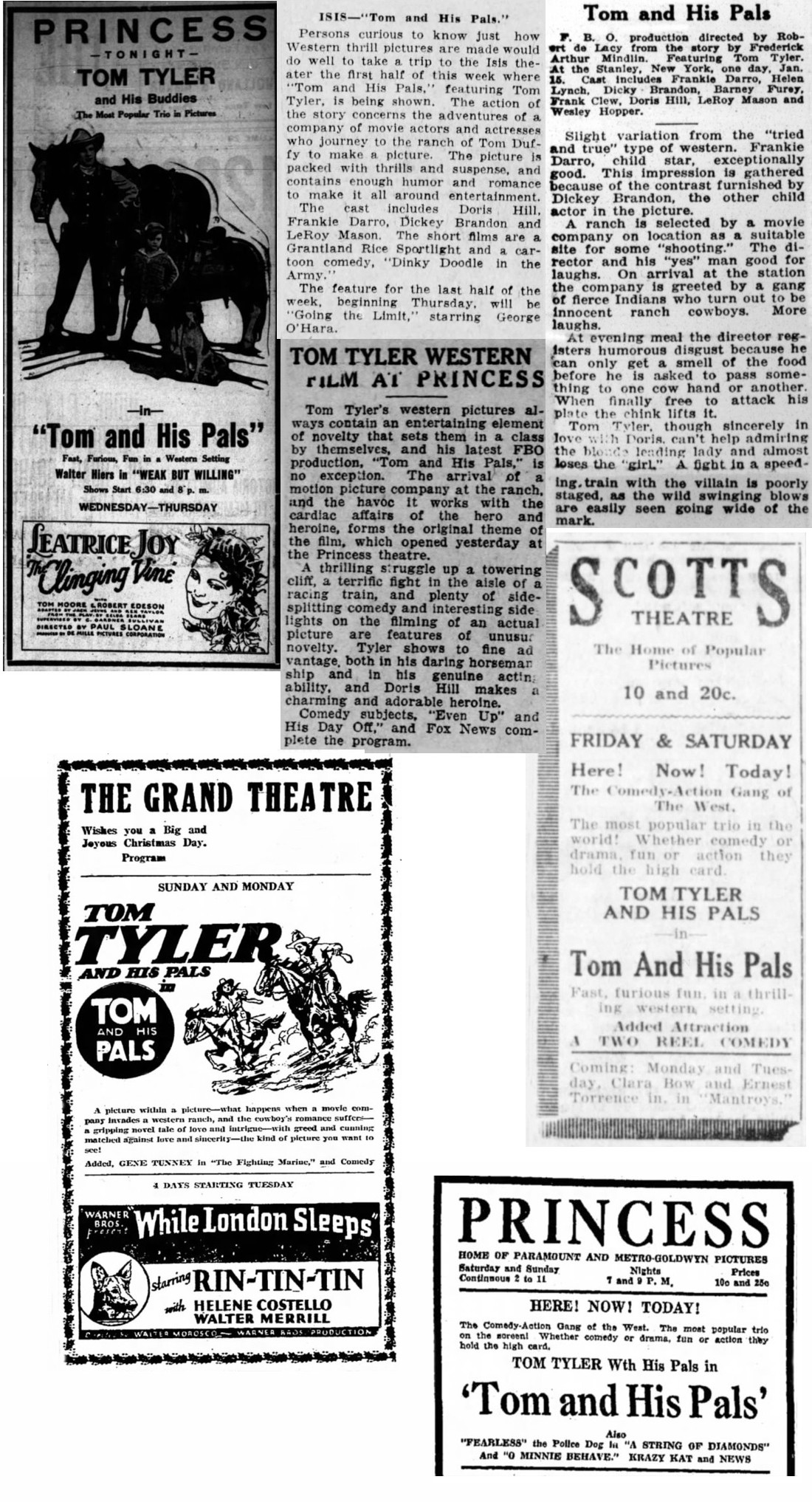 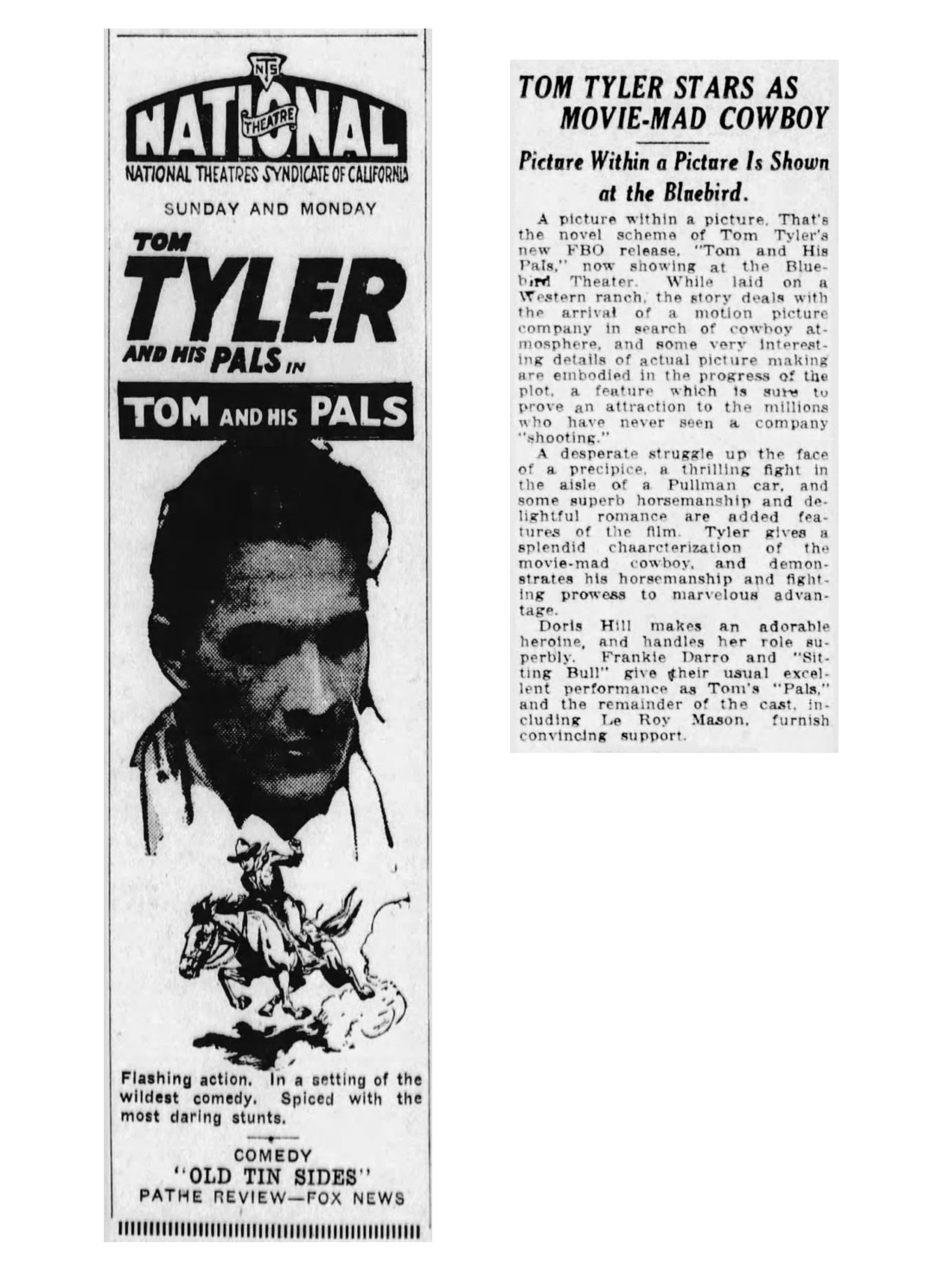