Dick Cartwright is a ranch owner in Arizona and becomes romantically involved with Grace, a pretty girl on a neighboring ranch. A ranch hand by the name of Calhound also has eyes on Grace and takes offense when she prefers Dick over him. To divert Grace's attention from Dick, Calhound shoots her brother which results in a minor wound, then aims at Dick, but avoids being the target of his jealousy. Later on, Calhound manages to corner Bob where he wants, shooting him again, the latter ends up dead, while Dick witnesses the event. Dick gets into a major fistfight with Calhound, eventually shooting him. Dick wins Grace's hand in marriage at the end, and they live happily on his ranch.

As the third of the eight silent films Tom Tyler made for Syndicate with J. P. McGowan directing, “The Phantom Rider” offers limited plot information in the Hollywood trade publications although Variety (October 2, 1929) states that McGowan not only used every idea in the book to have Harry Woods get Tom away from Lotus in the script, but as a director, also attempted to monopolize screen time. The “Phantom” in the film's title is Harry Woods. According to Exhibitors Herald and Moving Picture World April 5, 1930, this movie, along with Tom's other non-FBO silent films, were made under Syndicate Pictures, the name of J. P. McGowan's companies, but released by Bell Pictures which is located in New York City. Film memorabilia on “The Phantom Rider” is scarce although a reproduction of a lantern slide appears below.

In this picture Tom will make every nerve in your body tingle (The Morning Call, Allentown, PA, October 6, 1929) 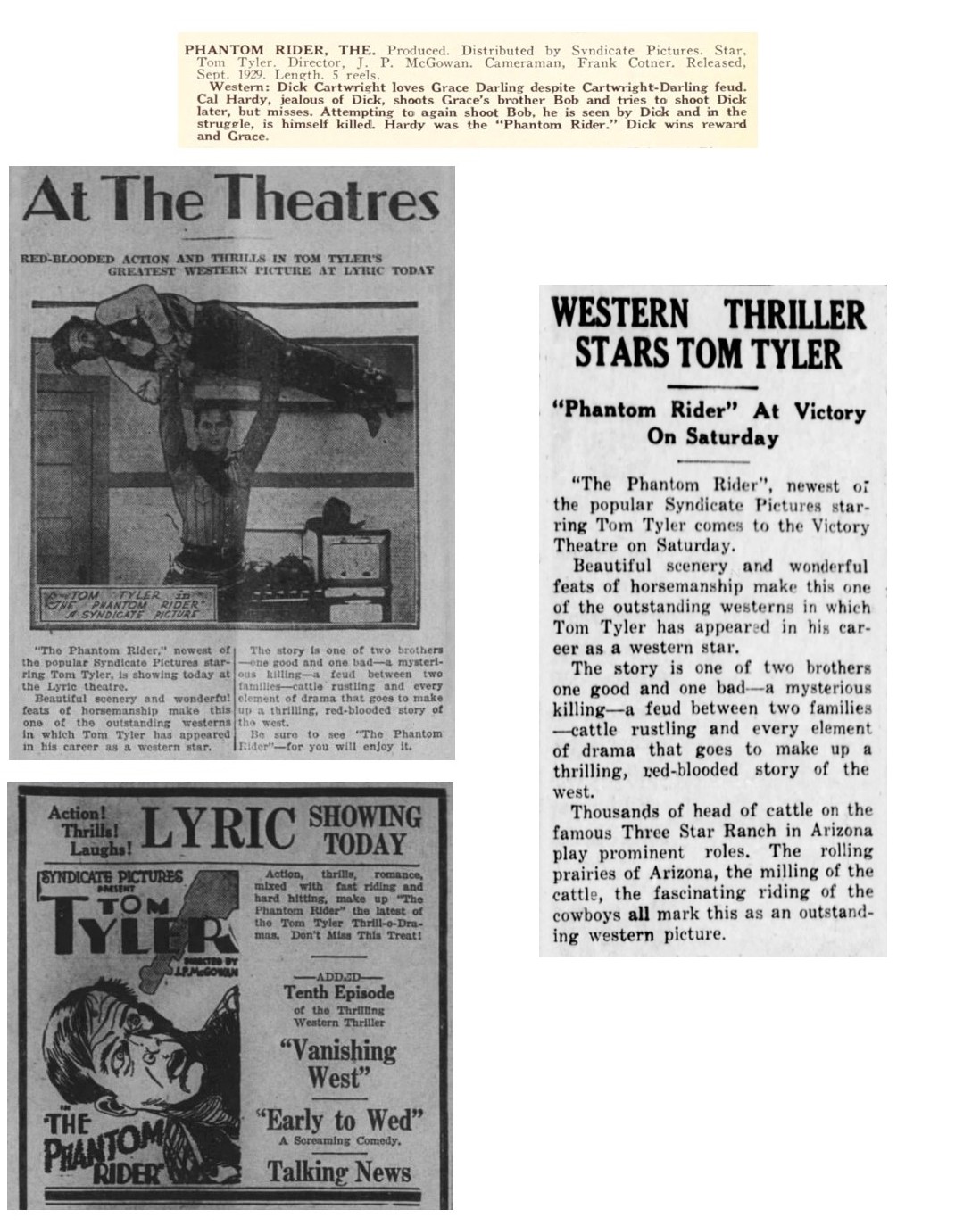 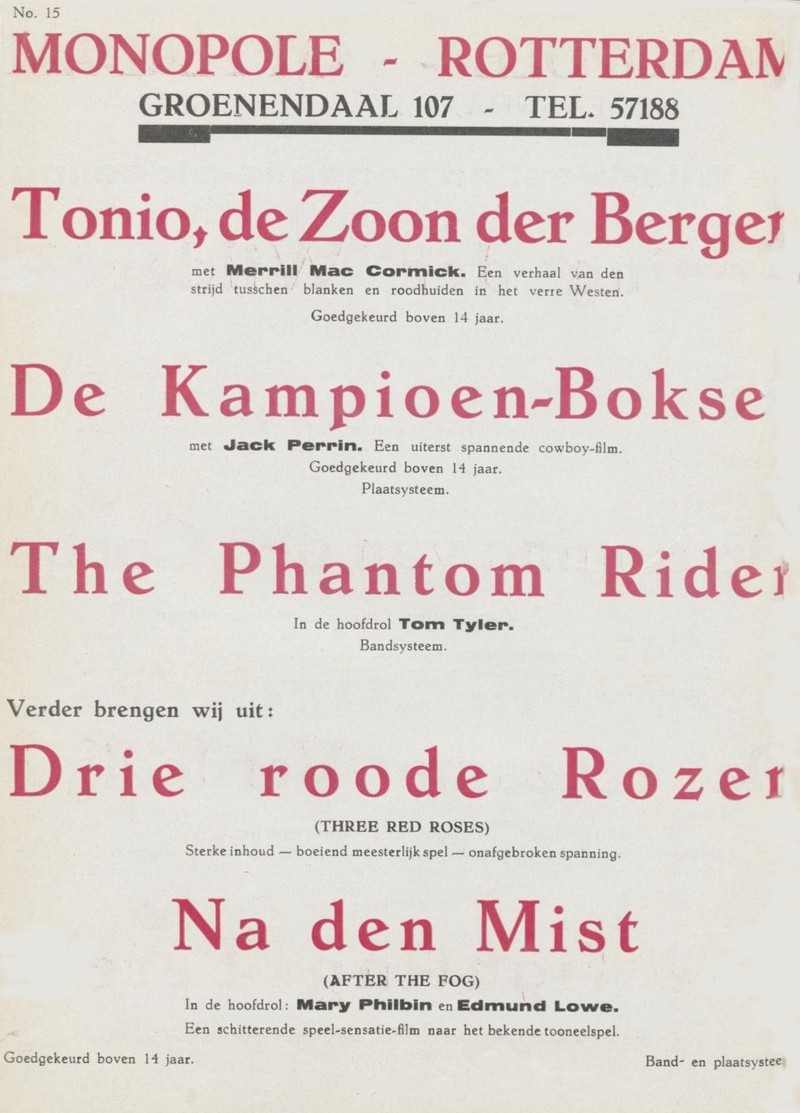