IMDB The Man from New Mexico

You only wanted me
for all the things
I can give you
- C. Scott

Jess Ryder is an itinerant cowboy who happens to be in the right place at the right time when he witnesses a group of men rustling and killing cattle from the Langton ranch. One of the men, Bat Murchison (Blackie Whiteford) sends his hands away, surprised by the presence of Jess and tries to escape. Jess captures Bat and brings him to Lynchburg, presenting him to Mort Snyder (Robert Walker), of the Snyder Land & Cattle Company, who wants to force the Langtons off the land and sell to the company. To kill off the Langton livestock, Bat uses a hypodermic needle full of rattlesnake poison - which is later found by Jess.

While Jess is trying to put a stop to the deaths of the cattle owned by Sally Langton (Caryl Lincoln) and her father (Frank Ball), he falls in love with Sally, rescuing her and her brother Bob (Lewis Sargent) when they are held captive and tied up by two of Snyder's henchmen in the cellar of their home. It is not long before Jess closes in on Bat and Snyder when the sheriff arrives to arrest both men, sending them to jail.

"The Man from New Mexico" shows Tom executing all of his best horseriding mounts, including rump mounts, of which he has had to practice in such a manner so that he does not completely miss the saddle - and land on the horse's neck, or completely leapfrog the horse.

A 35mm nitrate of this film is stored at the George Eastman Museum in Rochester, New York. 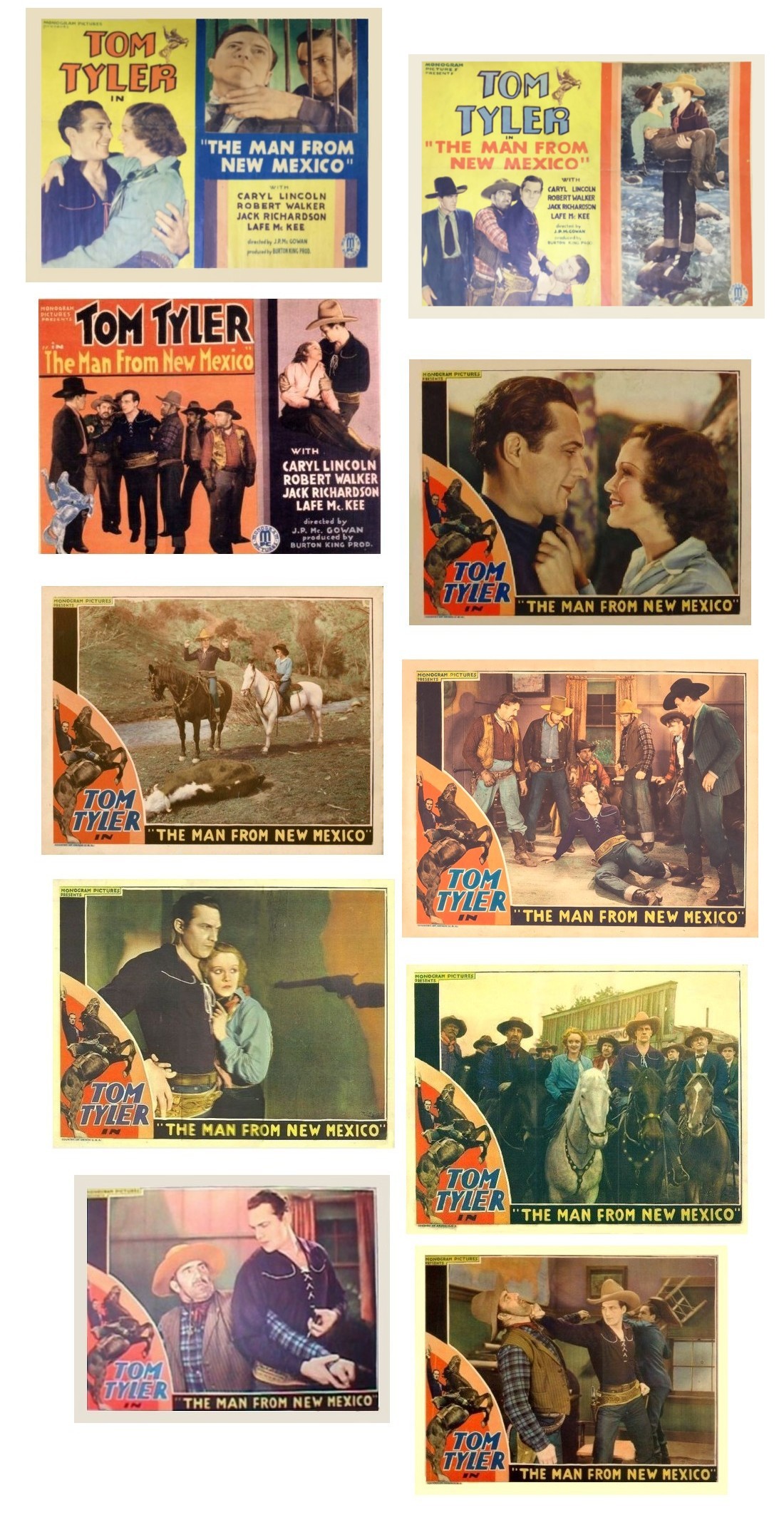 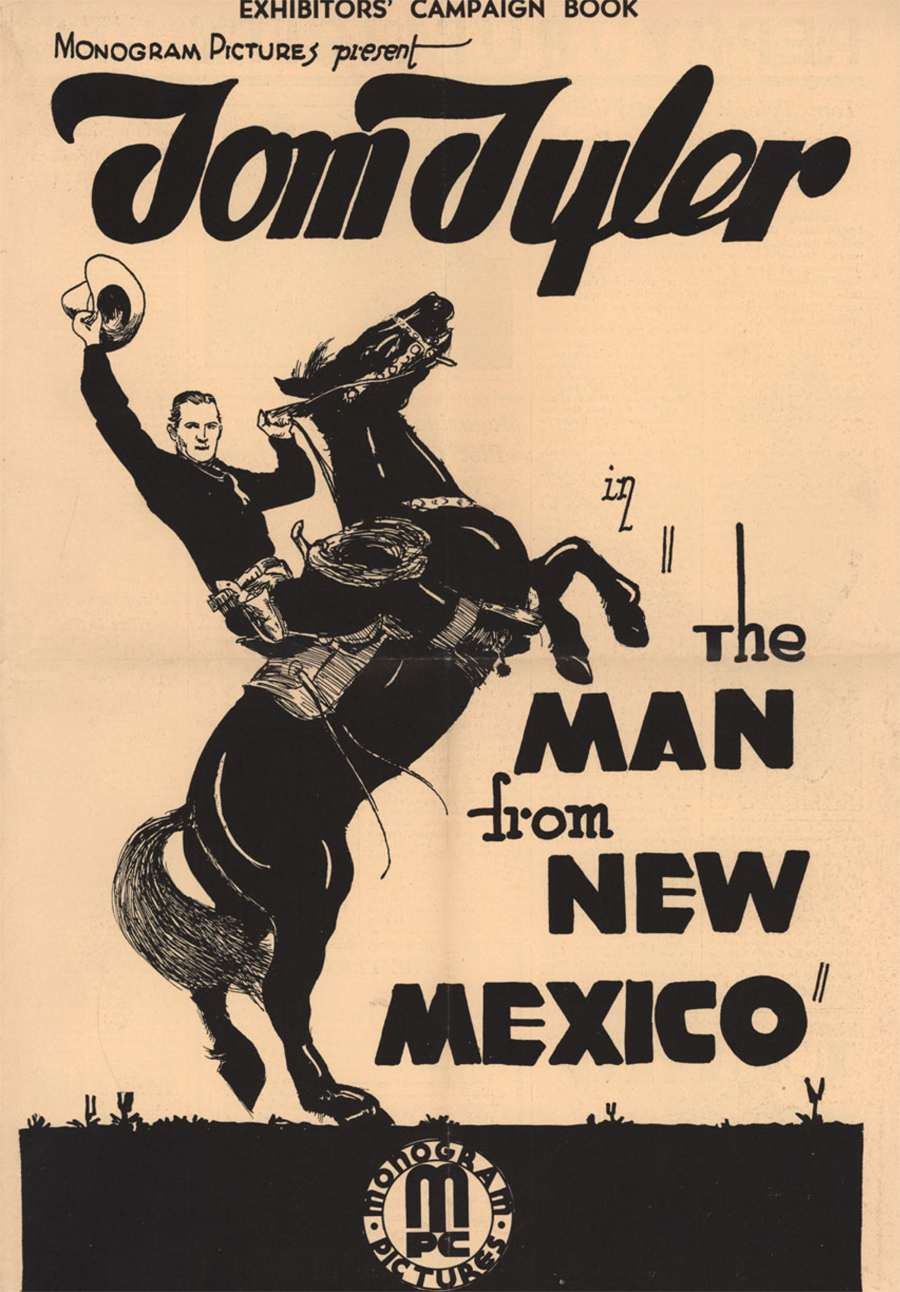 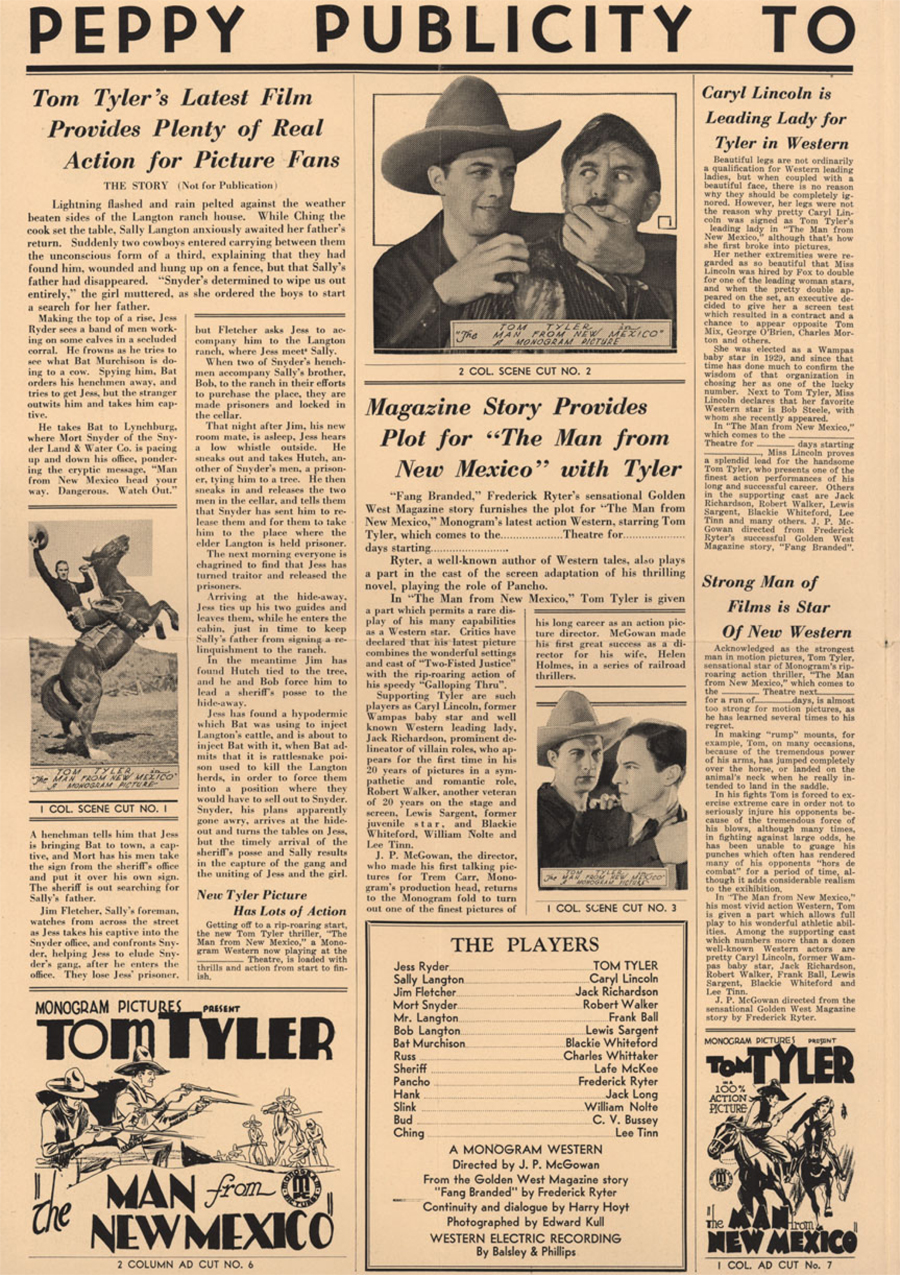 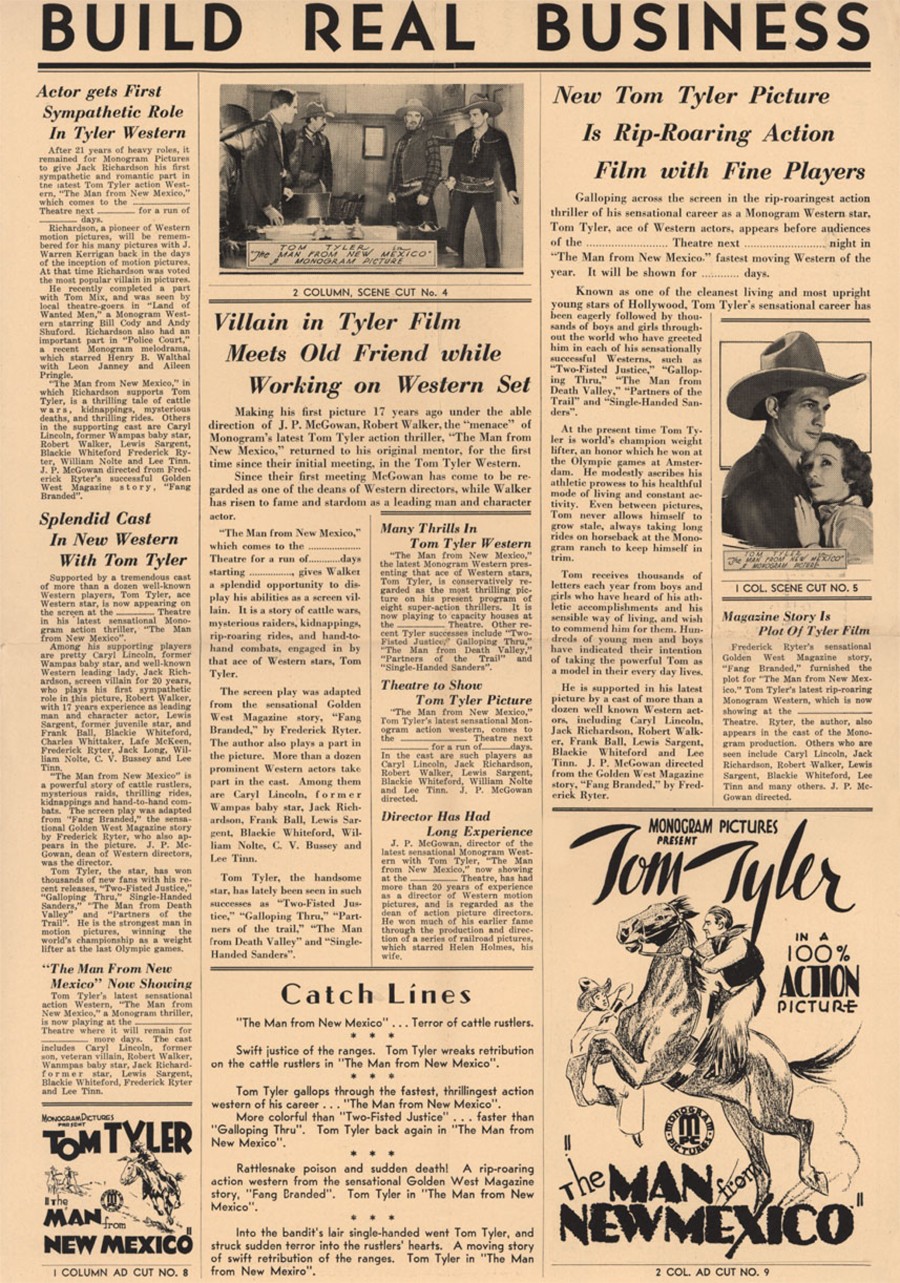 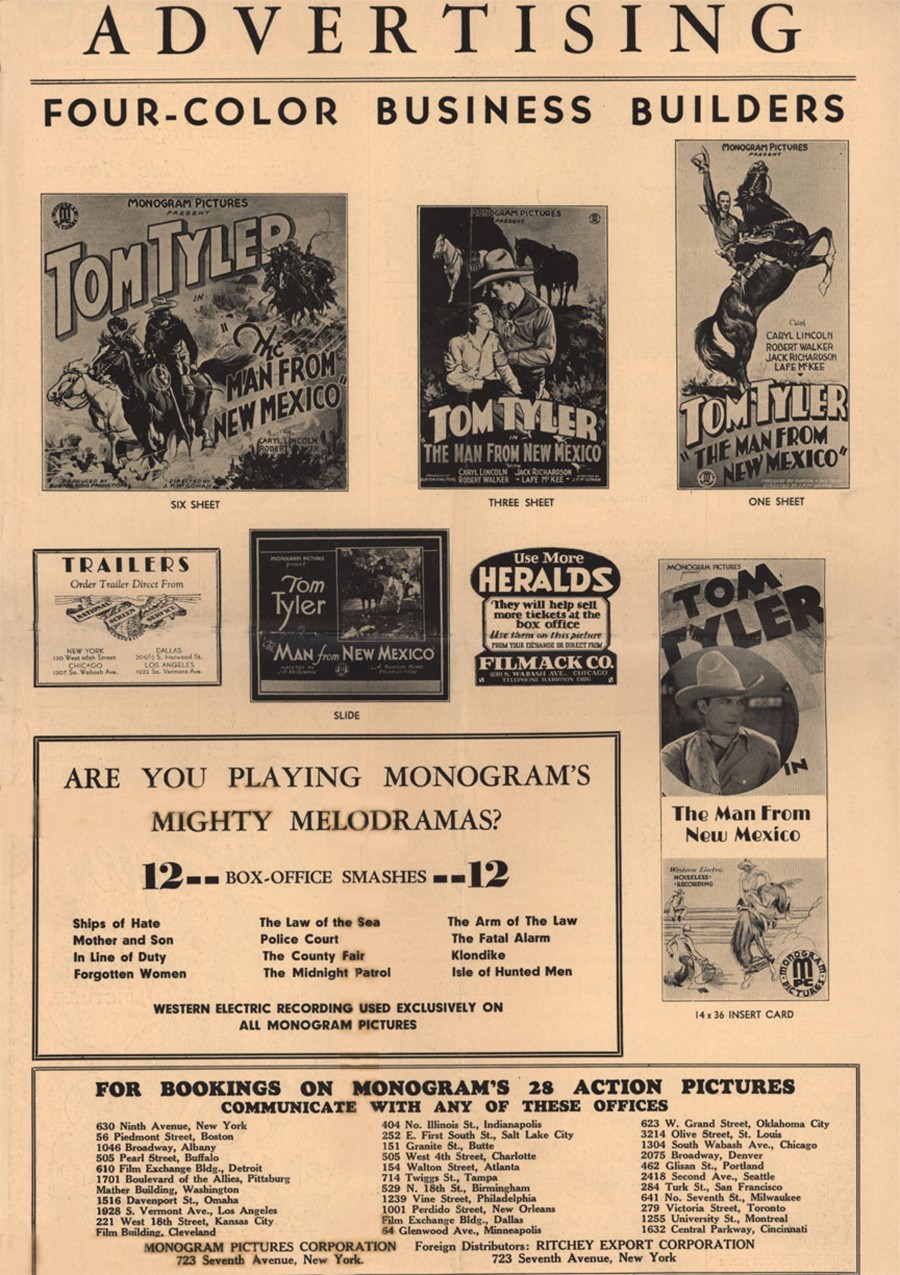