IMDB The Man from Nevada

Status: There are two existing prints of "The Man from Nevada": one is at The Hugh Hefner Moving Picture Archive at USC, California; the second print is at Museum of Modern Art (MoMA) in New York.

Jim Watkins is a widower, and with his four children, purchase a ranch on the western prairie. His oldest, a daughter named Virginia, help raise the three younger children, who have very amusing nicknames: Wart, Wiggles and Woggles. A nearby rancher by the name of Luke Baldridge views the family an infringing upon his territory and attempts to corral them, then hires a few men to frighten them out of their new home. One of Jim's neighbors, Jack Carter, takes up the cause, and works hard to prevent Luke from causing the Watkins family any more trouble. Jack physically fights with Luke and his men, and receives plenty of support from the Watkins family in the process, even when he is wrongfully accused by Luke of cattle branding. To that end, Luke takes some of his own cattle and shuffles them into the corral on Jack's ranch. Once Jack traps Luke, he hands the crook over to the sheriff, and finally marries Virginia, who also put him on the chase for her love.

“The Man from Nevada” is the first silent film Tom made for Syndicate with J. P. McGowan directing. Along with the new contract Tom signed with Syndicate, he also has a new steed named Black Beauty. When interviewed about this silent film when it was released, Tom replied that “The Man from Nevada” has a strong element of human interest, in addition to the fast riding and fistfights. To add to the charm, the three younger children in the story, one who is a baby, receive plenty of attention from Tom; one captivating scene is where the baby is on the ranch's donkey, playing with Tom!

A thrilling western picture of the great outdoors. Pretty Natalie Joyce is the leading lady. If you want fast and thrilling action on the screen, don't pass up Tom Tyler In this picture. (The News Chronicle, Shippensburg, PA, January 24, 1930)

Never before such powerful entertainment as you will be given in this great Tom Tyler picture. Don't miss it! (News-Journal, Mansfield, OH, April 24, 1930)

He was "The Man from Nevada." He fought like a tiger. See this rip roaring western - Tom Tyler as the star. (The Sentinel, Carlisle, PA, January 10, 1930) 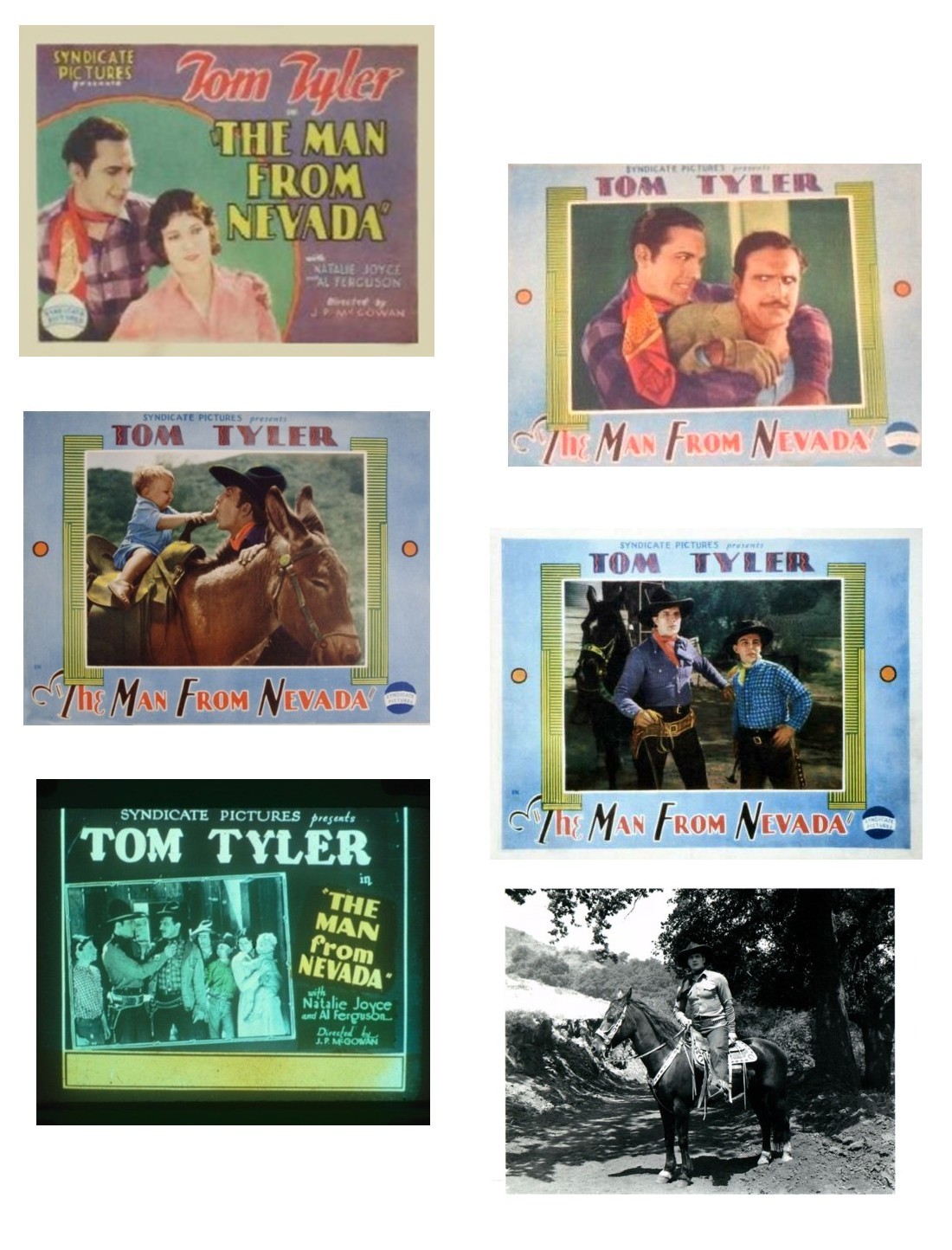 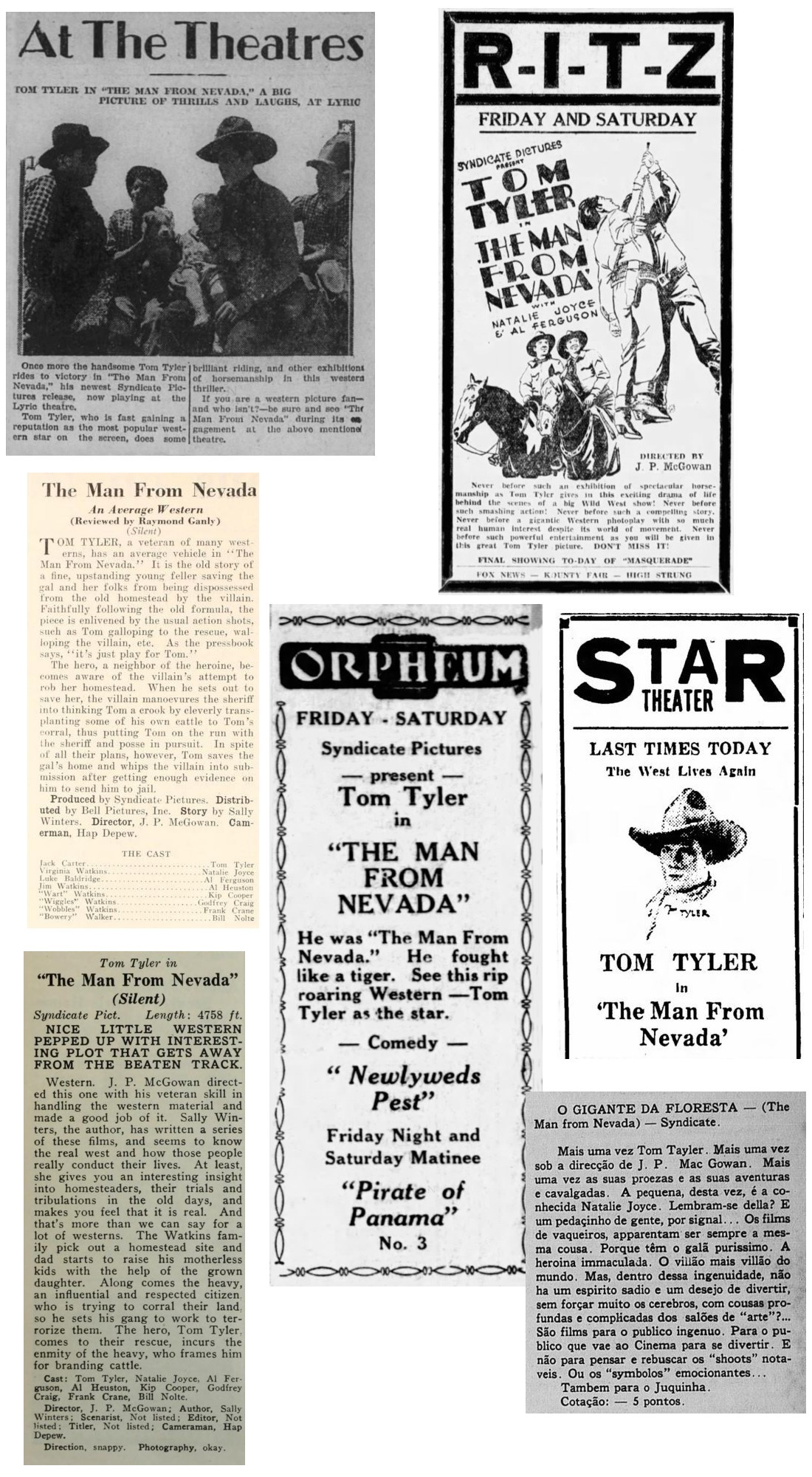