Jack Gardner is a ranch owner in Indian Springs, a growing and prosperous cow town out west. Jack has a gold mine on his property which is soon discovered by a wealthy merchant and nemesis of Jack's, Paul Slicker. Slicker figures out the only way he can get his hands on the mine is to sell the property – and does so illegally to two women who are looking for a ranch to buy. While this event transpires, Jack is in the hospital recovering from an illness, and receives news of what happened to his property. By the time he recovers, he wastes no time in trying to figure out who was responsible for selling his ranch.

Upon hearing the name Pat as one of the individuals inhabiting his ranch, Jack assumes this is a man, when in reality it is a woman and her niece, Peggy. Jack initially gives orders to the ladies to get off of his property. Once he meets the women occupying his house, however, he changes his tune and becomes more lenient, finding himself falling in love with Peggy. Slicker remains intent on getting his hands on Jack's gold mine and enlists the aid of a few henchmen to carry out the deed. Jack eventually catches up with Slicker and his gang and gives them the beating of their lives, turning them over to the sheriff. Peggy returns Jack's love and marry.

“The Lone Horseman” was the fourth silent film directed by J. P. McGowan and released under Syndicate Pictures. The story is a standard Sally Winters one, but offers Tom the perfect opportunity to showcase his physical strength and horseback riding skills.

A wizard in the saddle and a sure shot with a gun. (The Edinburg Daily Courier, Edinburg, IN, August 29, 1930)

A crooked real estate agent made a mistake when he tried to double cross “The Lone Horseman”. (The Evening Times, Sayre, PA, February 22, 1930)

See Tom ride to victory for law and justice – with plenty of action and romance! (Latrobe Bulletin, Latrobe, PA, May 9, 1930) 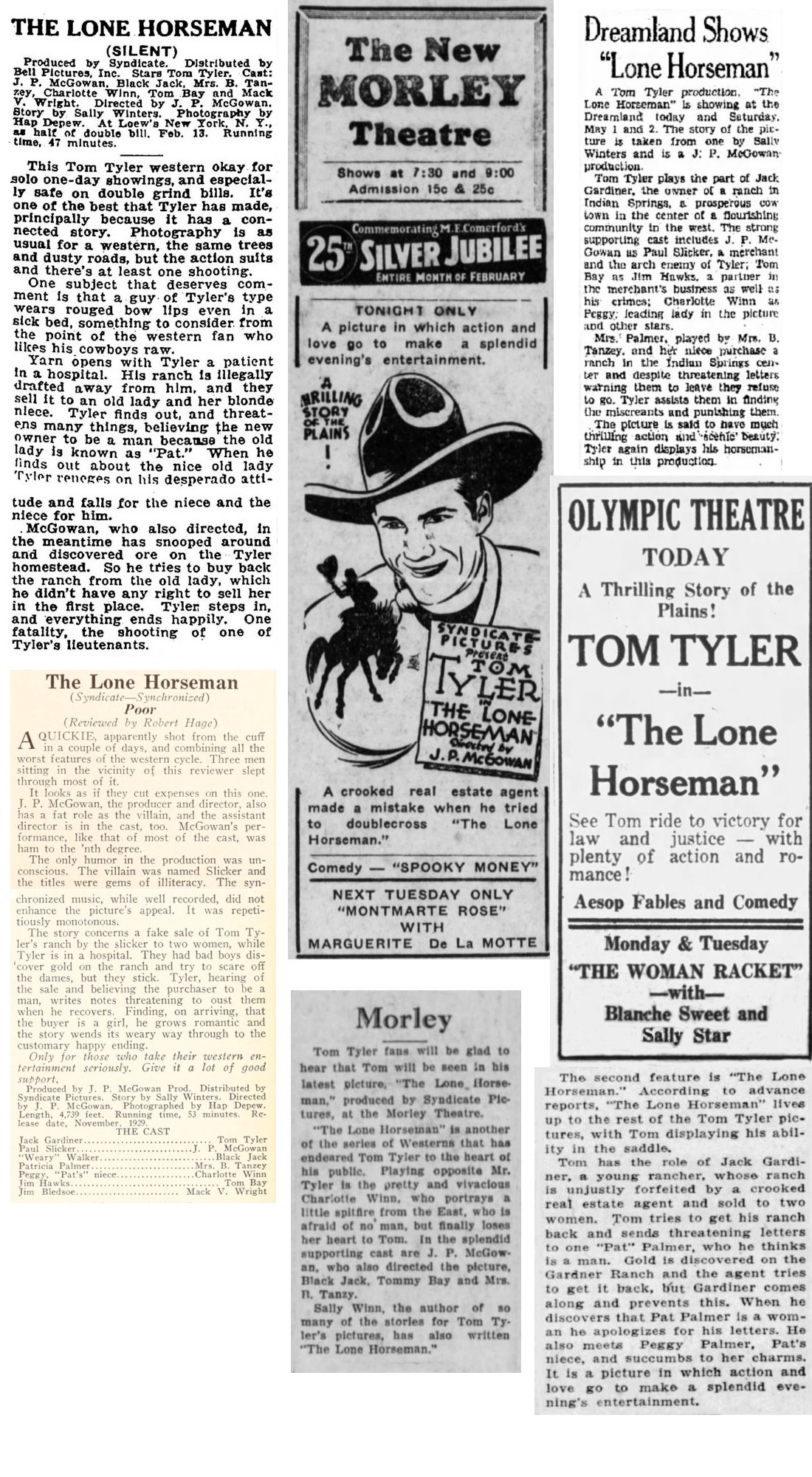 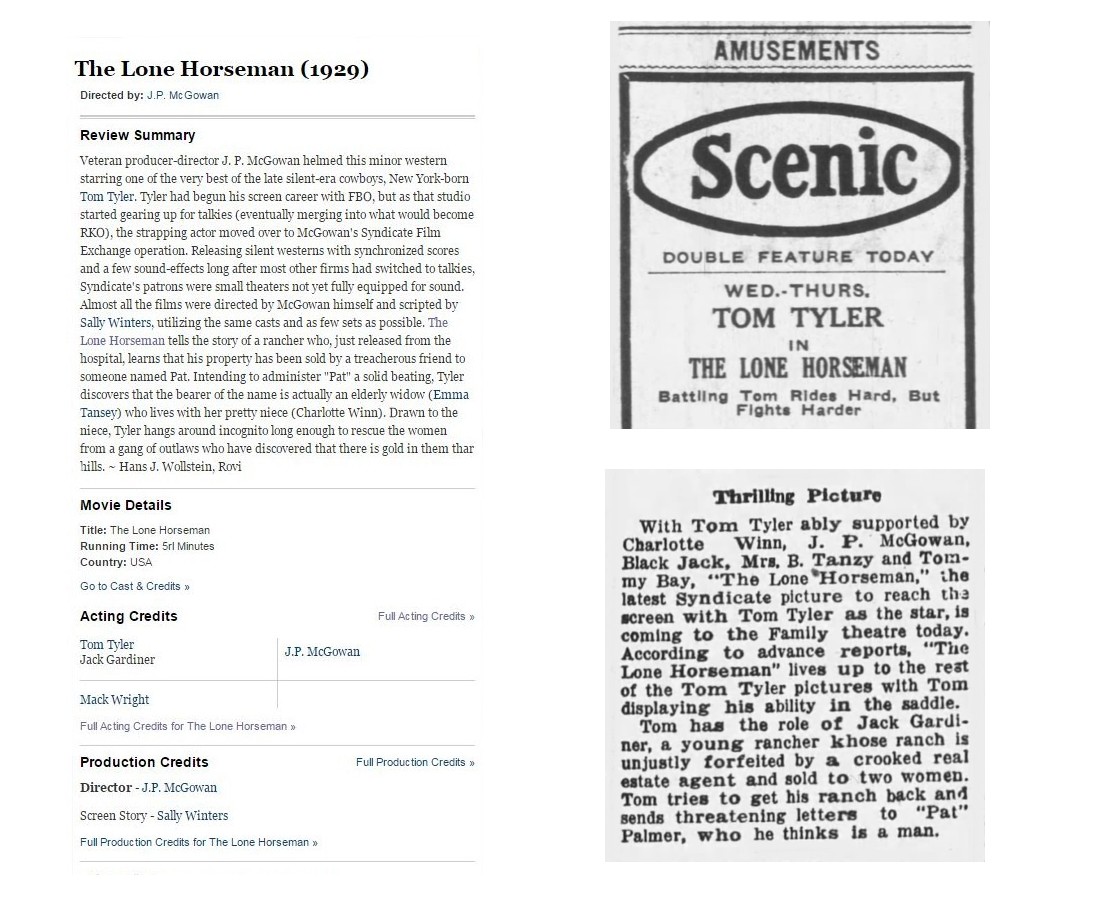