Dandy Darrell is a ranch owner and a gambling man who finds himself in a card game at a local bar, playing against another ranch owner by the name of Rufus Castleman. As luck would have it, Dandy wins the game and the Bar C ranch from Castleman, who dies of shock over having lost his ranch to Dandy. When Dandy meets up with the foreman of the Bar C ranch, Black Duff, the foreman denies the new owner of the property, and Dandy gets into a major fistfight with him. The foreman takes off, and Castleman's daughter returns home to find the handsome stranger there. Dandy explains to Ruth how he came to own the ranch, but she does not believe it. Trying to discover the truth, Ruth finds Black Duff, who tells her that Dandy is somehow responsible for her father's death. Despondent over the loss of her father, Ruth fires Dandy, telling him to get off her property, while Black Duff conspires to steal the ranch's cattle supply and frame Dandy for the act. Before that can happen though, Dandy intercepts Black Duff's plan. To detract Dandy, Black Duff abducts Ruth and whisks her away into the bunkhouse on the ranch. At some point a fire starts inside the bunk house, threatening everything and everyone present, causing Tom to make a daring rescue. With the love of his life safe, Tom and Ruth decide to marry, and reside on the ranch with Mike.

The Bar C ranch has its own cook by the name of Smiling Morn (Hewston), so called due to his sour demeanor. Consequently, humorous things happen to him regularly throughout the movie. Tom Tyler, of course, seems to get better with the rolling and fighting with every movie that he makes. Not only is his onscreen action a favorite with American youths, but his dashing good looks, muscles plus onscreen personality makes him a favorite with the girls. “The Arizona Streak” is Ada Mae Vaughn's first FBO film.

Acclaimed by the youth of the world – Tom Tyler – fast as a South Sea simoom – brilliant in the saddle – a wizard with a gun – a magician with a rope – and a darn good actor! (The Morning Herald, Uniontown, PA, September 13, 1926)

A fine American youth turned gambler – headed hell-bent for the gutter – and then the clean, crisp winds of the desert – the song of the open spaces – and regeneration – all told with a laugh and a punch that are sure to hit you squarely in the heart. It's a western thrill show that'll pull you right out of your seats. (Lead Daily Call, Lead, SD, June 22, 1926)

A ringing story of adventure in the West with a gambling hero who plays a straight game for a girl – and wins! (Motion Picture News, April 3, 1926)

Score another knockout for handsome, dashing Tom Tyler in a booming comedy-drama of the plains – with Thomas as a gambler who goes straight – and Tom's rollicking gang, Frankie Darro, the kid and "Sitting Bull" the dog. (Republican Tribune, Union, Missouri, July 16, 1926) 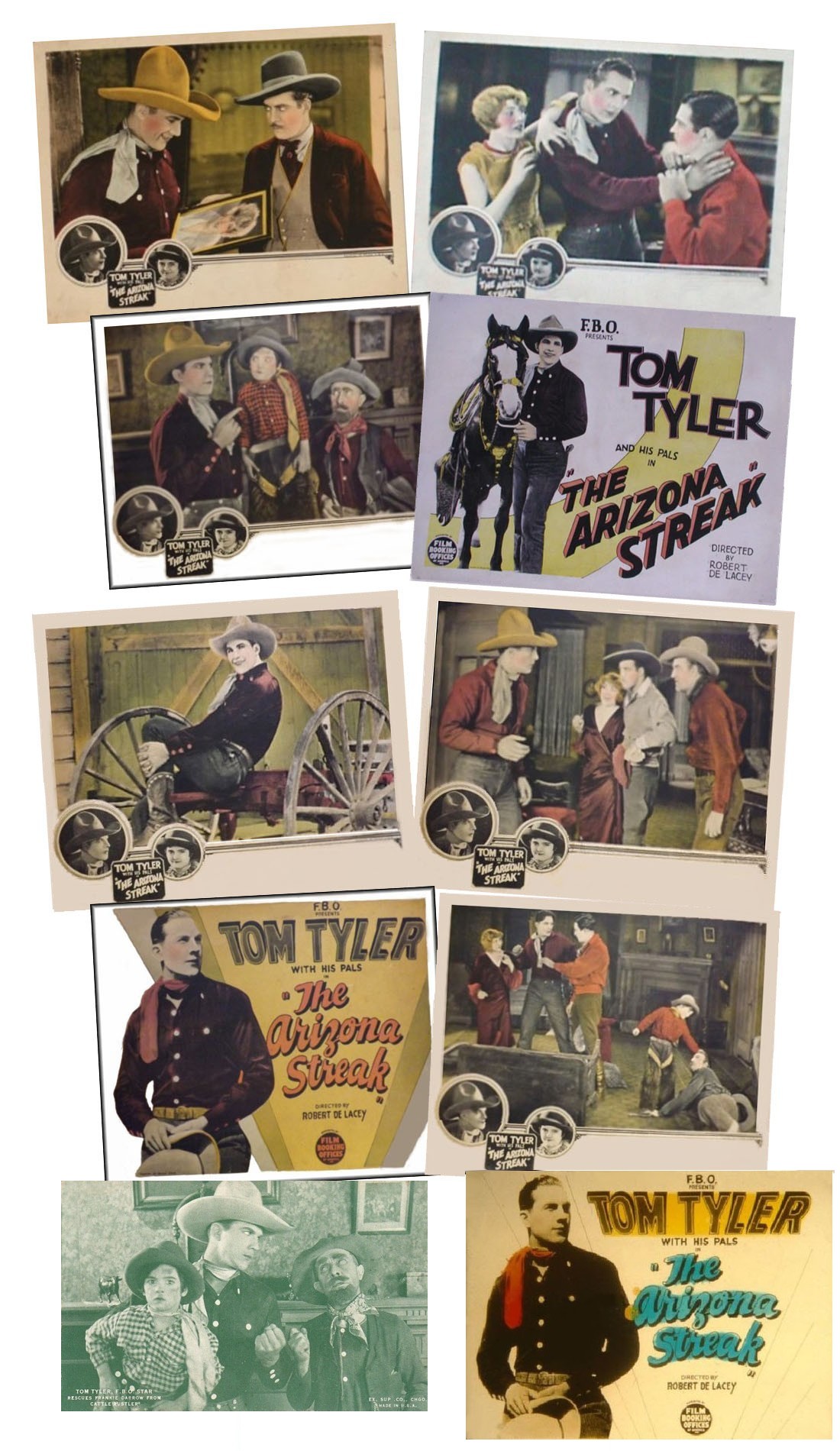 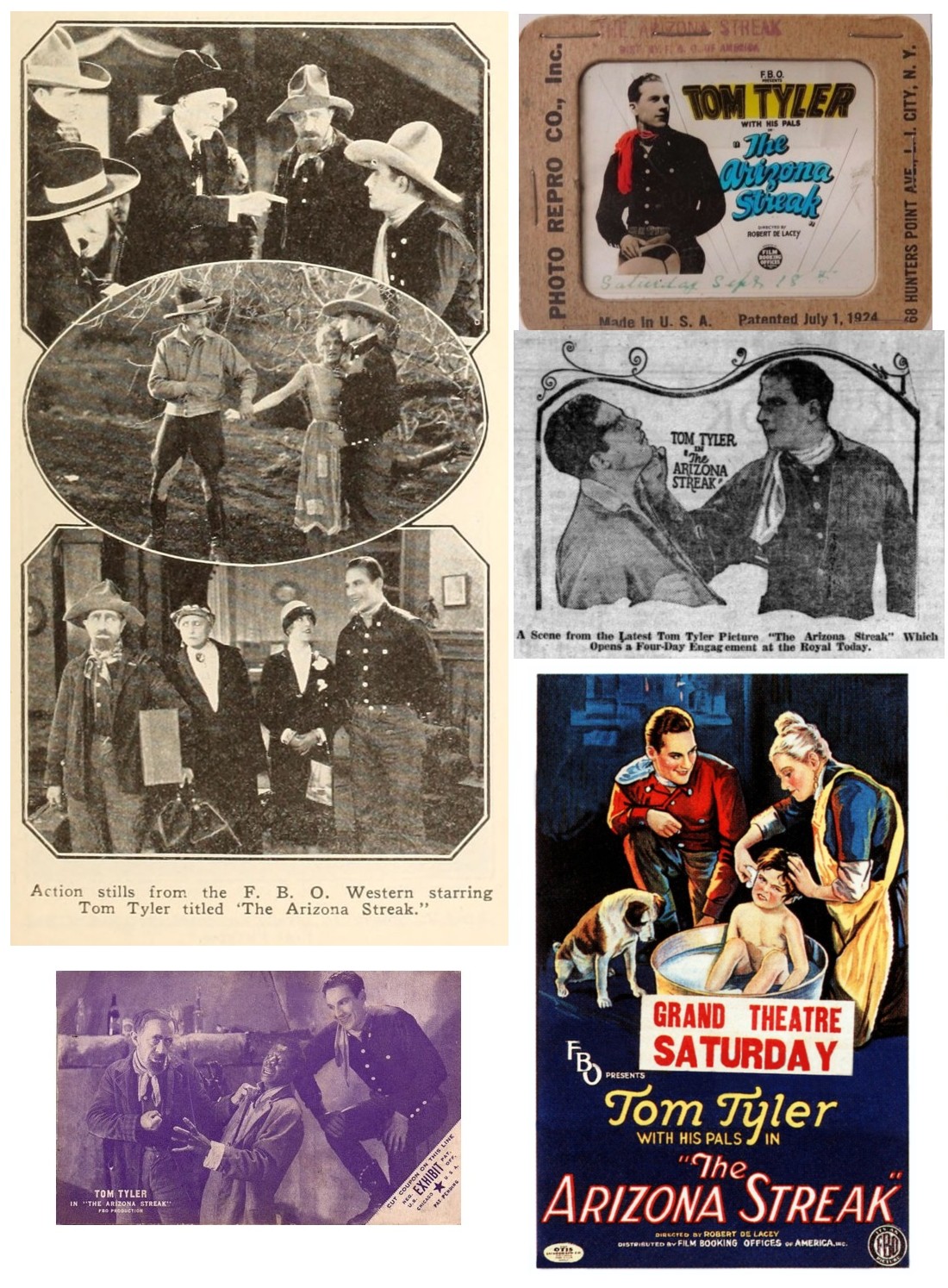 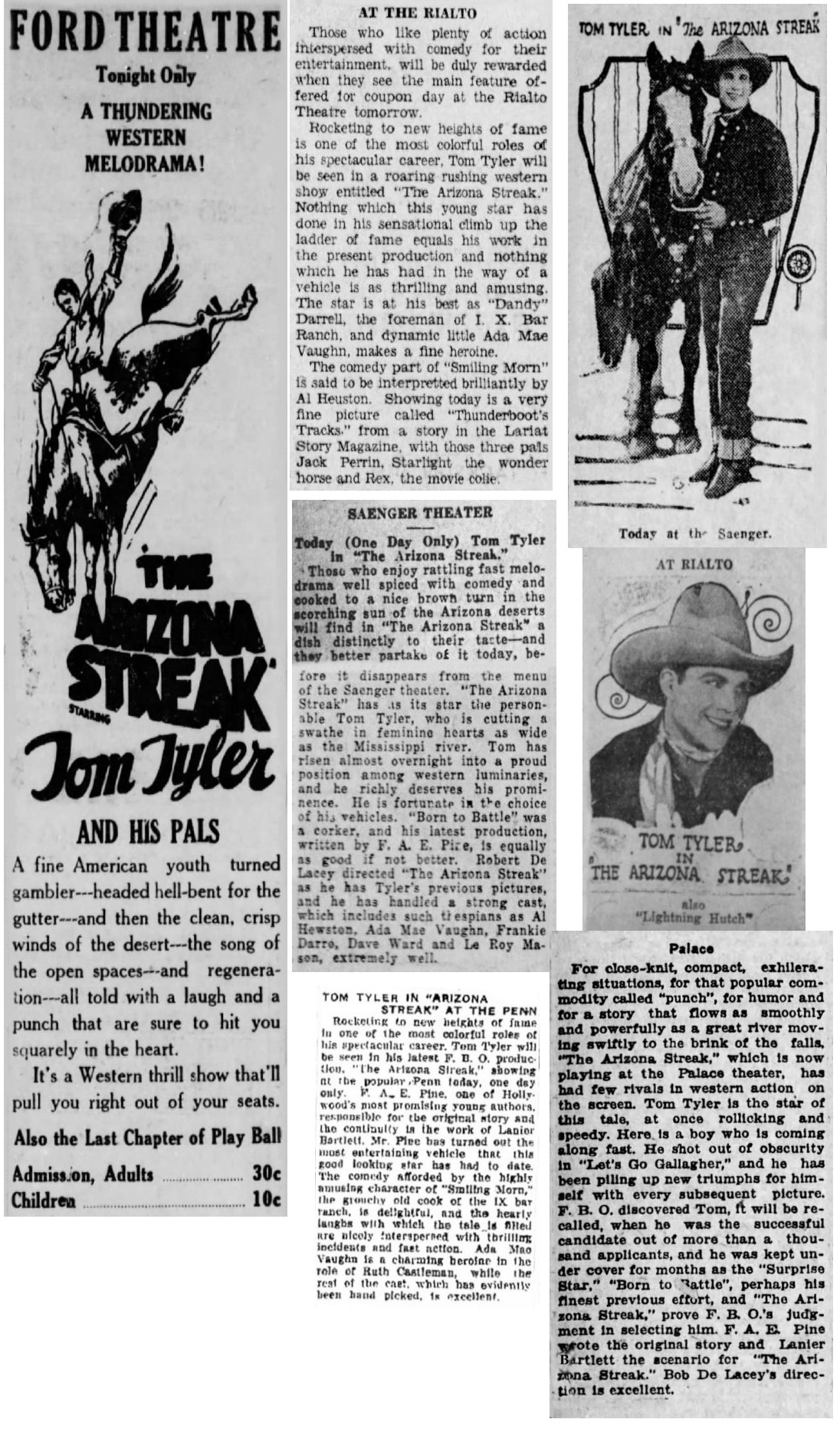 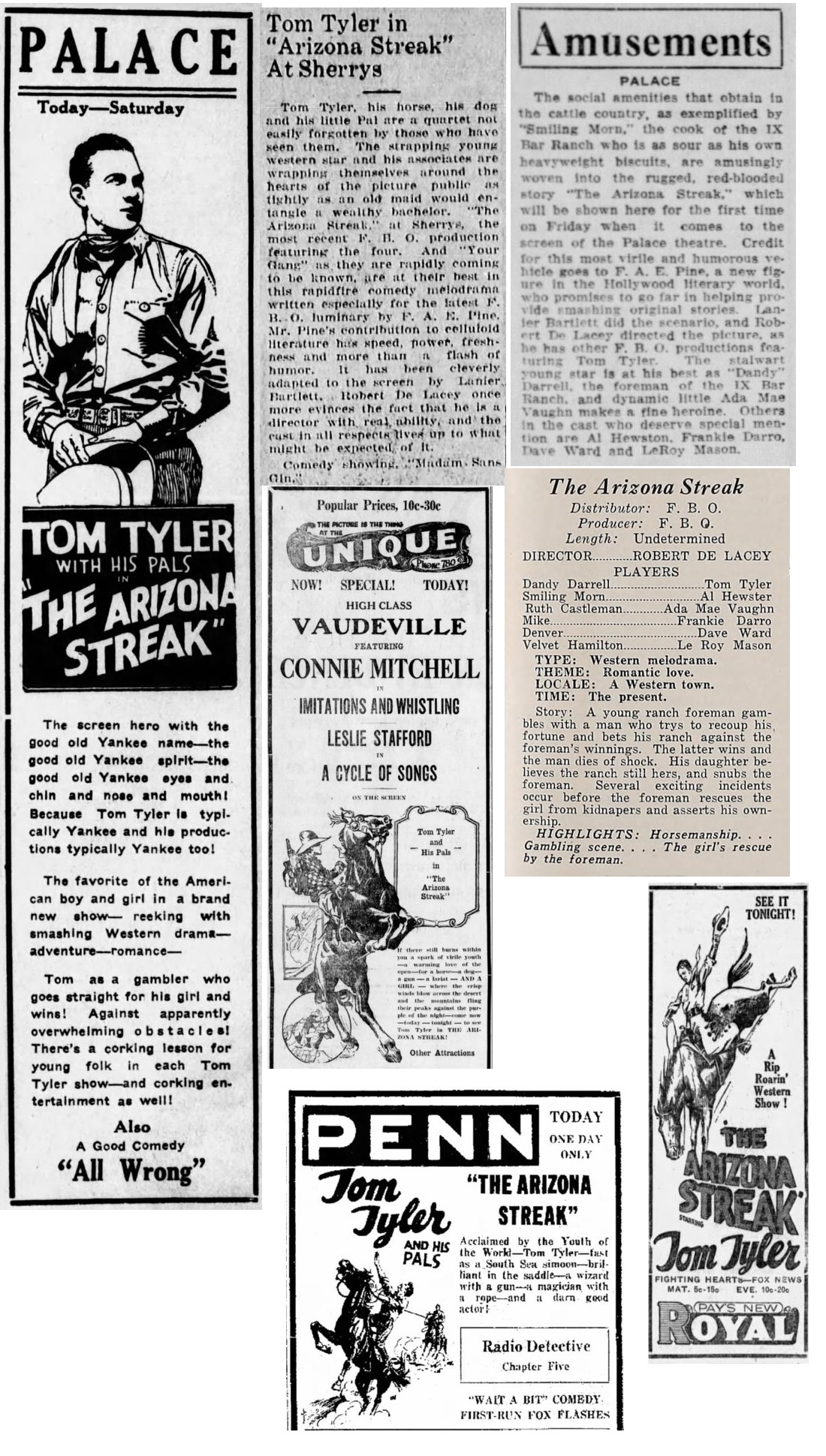 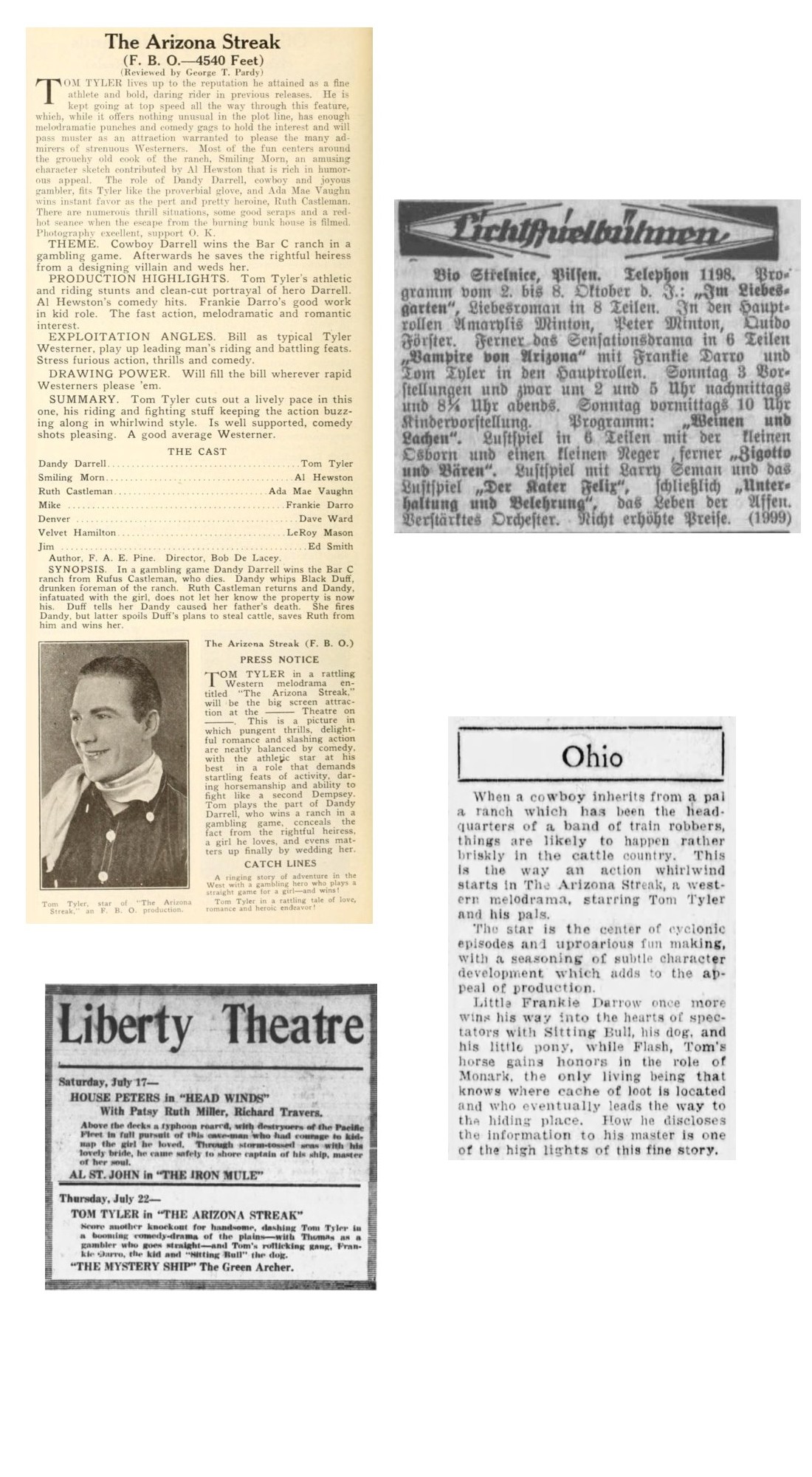