All the while the way you're moving
has got me hypnotized
- C. Scott & D. Dyer

Matt Sanders is the town's blacksmith whose brother Philip (Robert Seiter) recently graduated from law school and is returning home to visit his family. Matt wants the best for Philip, even hoping that he will provide aid to the settlers, who Matt is close friends with. Much to Matt's chagrin, Philip is in cahoots with a crooked senator (John Elliott) and sides with the cattle owners, foreclosing the mortgage on the settlers homes. Matt also becomes romatically involved with Alice (Margaret Morris) who works at the general store, but when he catches her in an intimate moment with Philip, he tries not to show his disappointment, feeling that his brother could be a better provider to her. To Matt's surprise, he finds that Alice prefers him to Philip.

Unfortunately the film quality here is not the best. Tom wears short sleeves throughout most of the film so we get to see his muscles in action. High point: Tom picks up Seiter and lifts him over his head after fistfighting with him, and throws him into a group of men. Note: There is a scene where Tom has a riding accident and his horse breaks a leg. Tom is all right but is forced to shoot his horse – not seen on film. Overall evaluation of Tom in this role: hot and sexy. He was 28 when he made this movie. 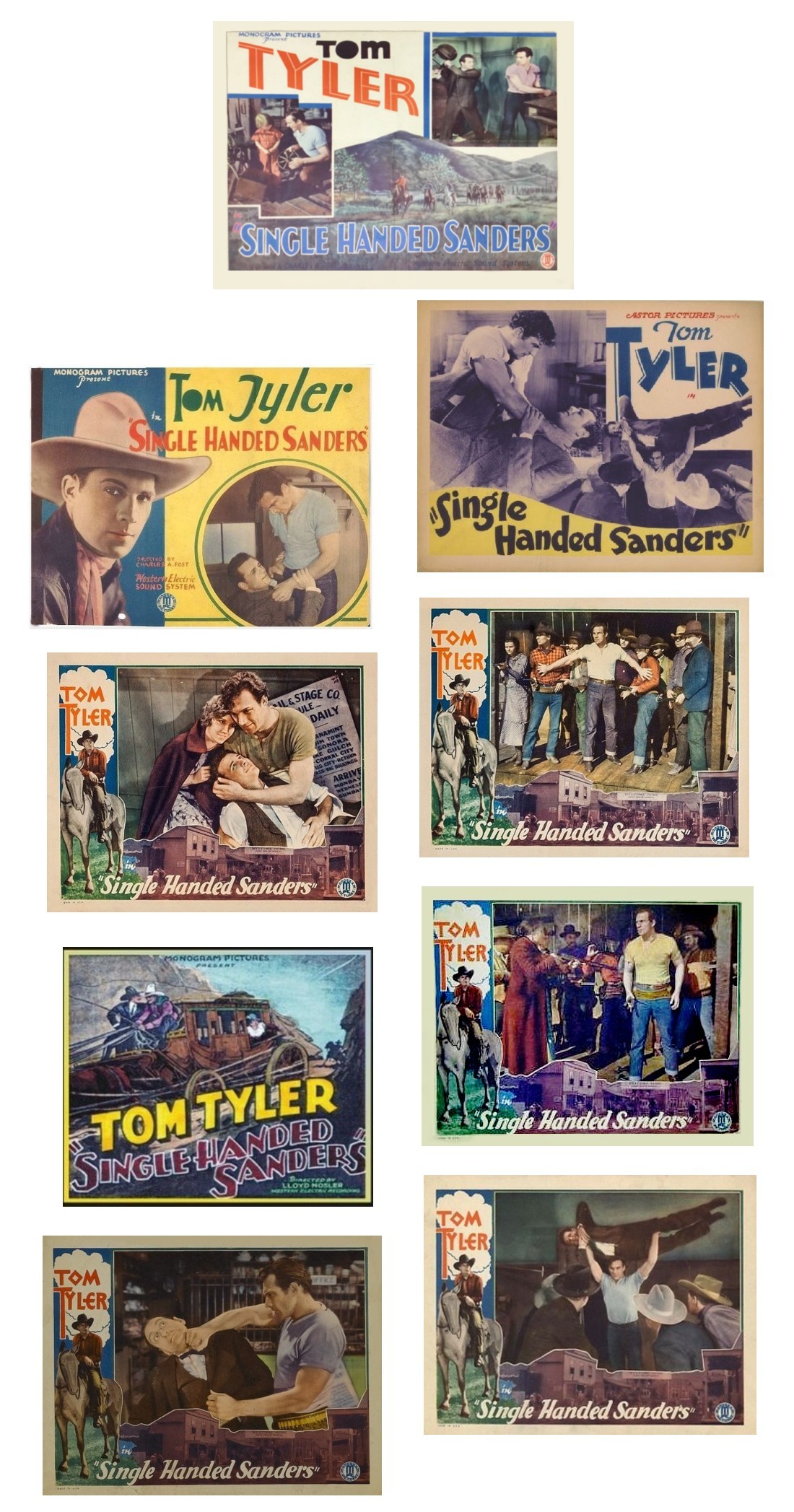 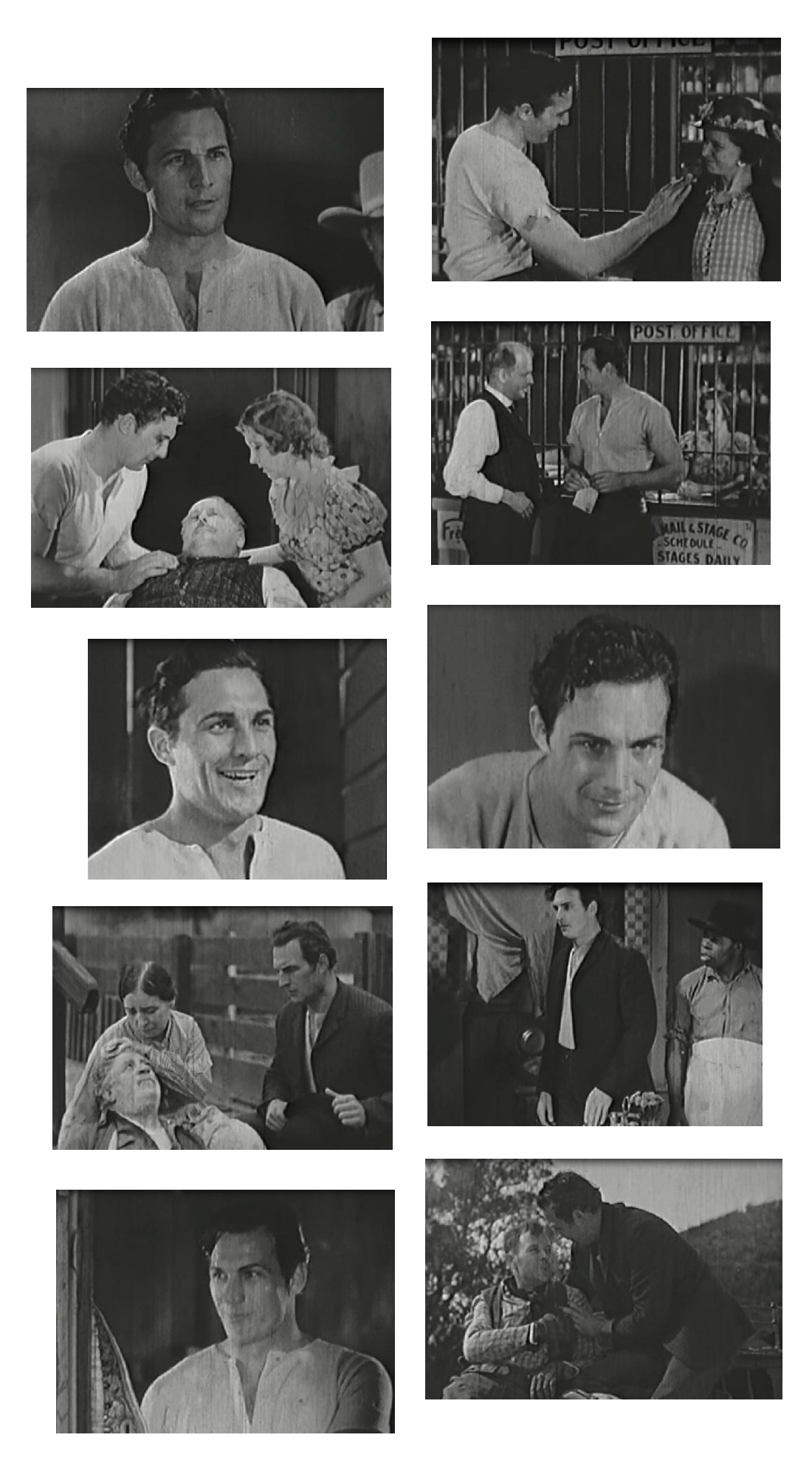 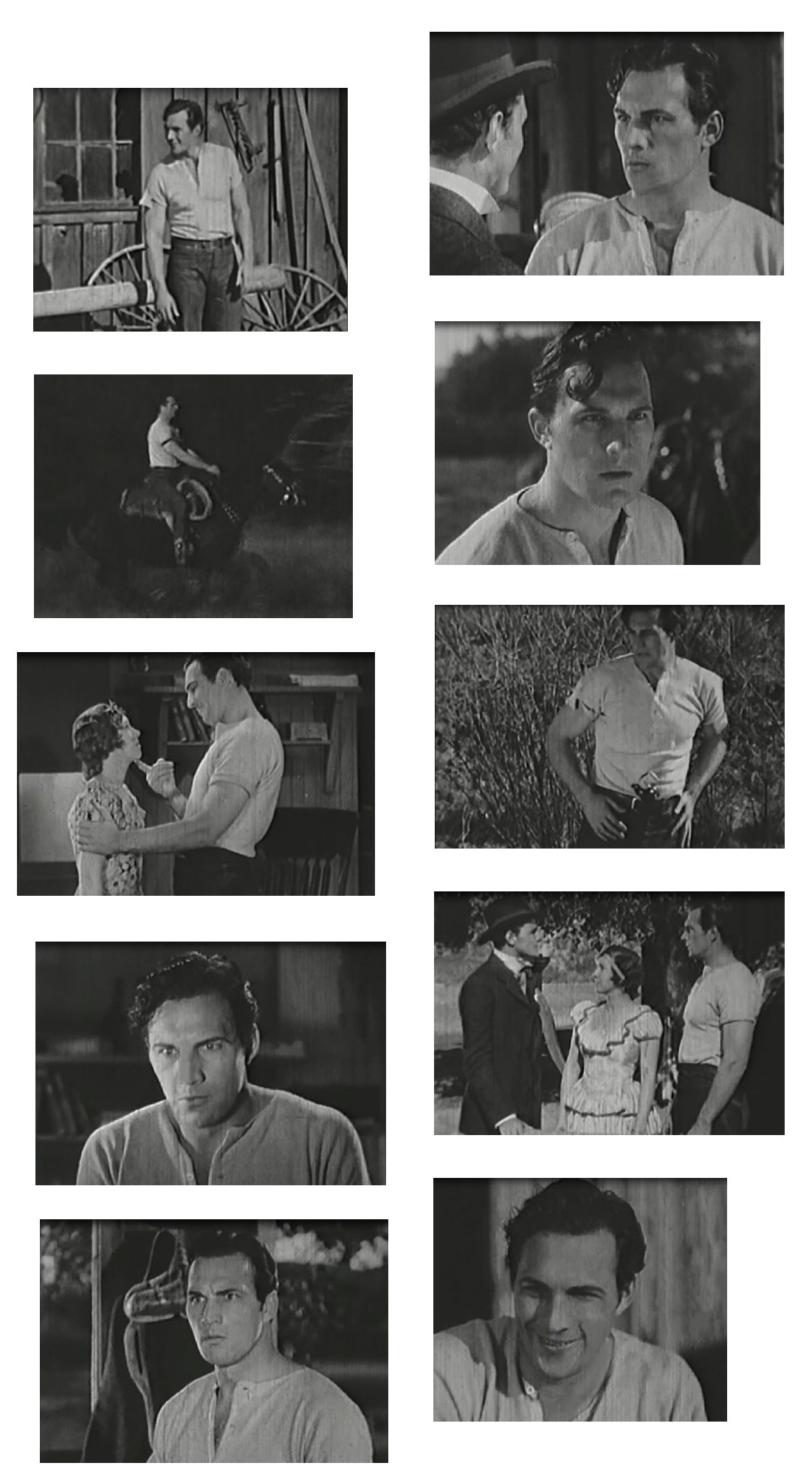 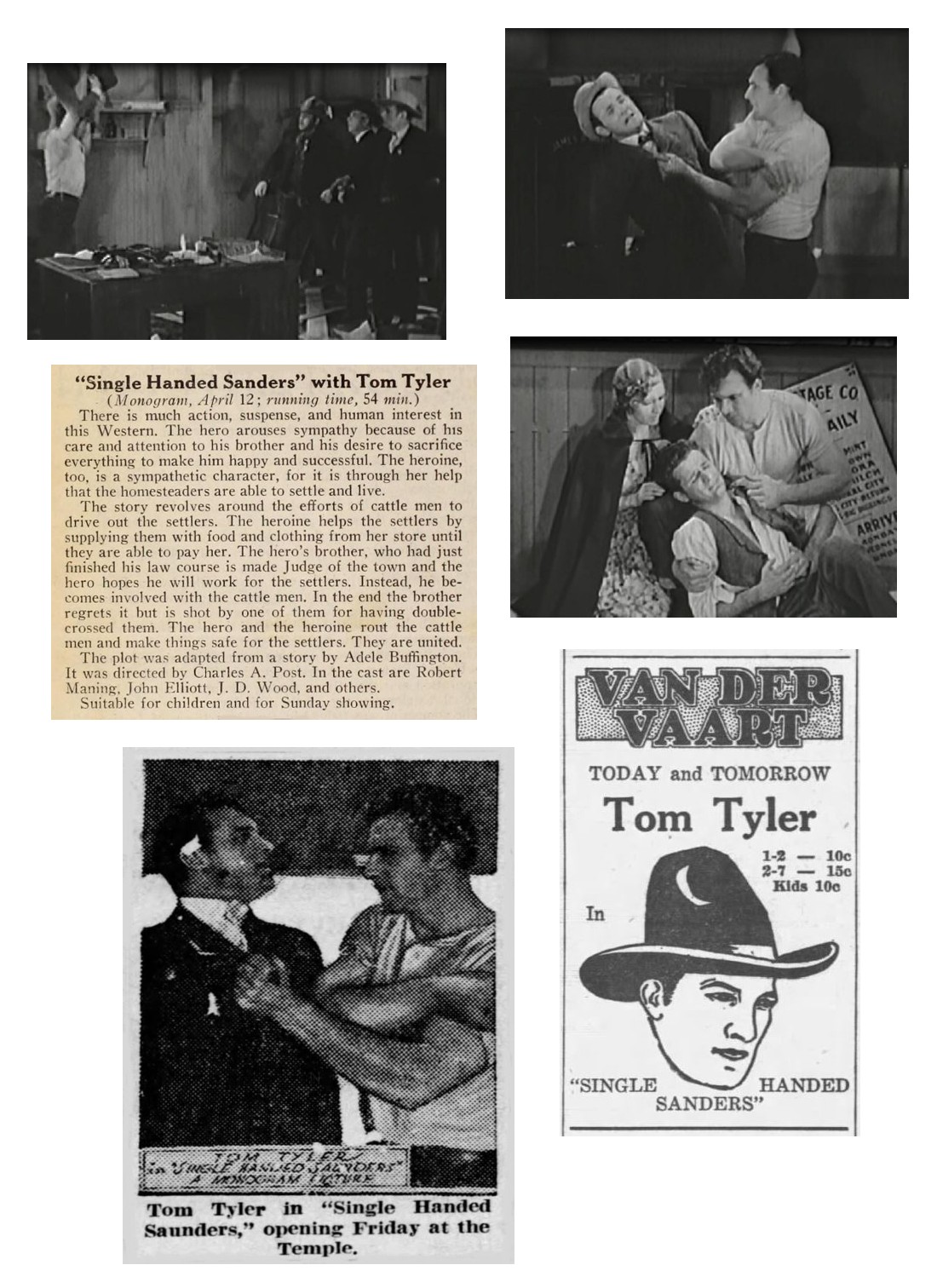 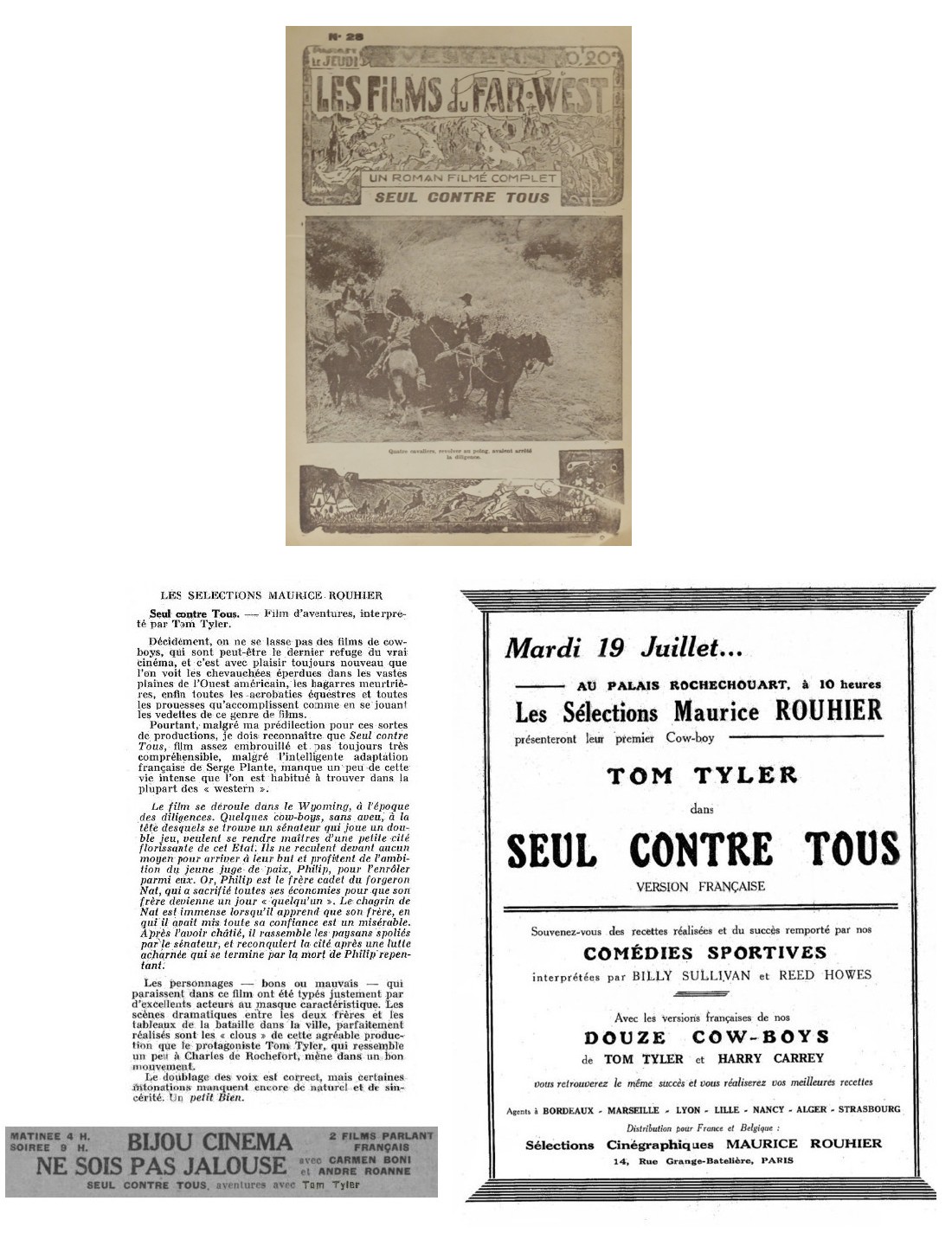