IMDB Out of the West

Grade one, hot shot
You're better than the rest
- C. Scott & D. Dyer

Tom Hanley is an unemployed cowboy who loves to play baseball and manages to get a job at the Bar X ranch. When he is not tending to his duties on the ranch he practices his swing. All that practice pays off when he is chosen to pitch for the big game which takes place on the ranch. What makes the game so exciting is the home team plays against a team whose members are cowboys at a rival ranch. To prevent the home team from winning, Tom is kidnapped by members of the rival ranch and held captive in a cave on the day of the big game. Frankie rescues Tom by distracting the guard at the cave entrance, throwing a rock on the guard's head from above. John O'Connor, the father of the girl Tom has a love interest in, places a bet against the game which favors the rival team. Once Tom discovers the nature of the bet, he puts his heart and soul into playing baseball, and not only does he win the game, but he also wins Bernice's hand in marriage.

Naturally “Out of the West” was a smash hit with any red-blooded American boy for its inclusion of the nation's most popular sport, baseball – and what boy would not want to see Tom Tyler portray a baseball player on the silver screen? One fascinating tidbit about the promotion of “Out of the West” claims Tom Tyler played baseball in real life and received an offer from the Brooklyn Dodgers before they relocated to Los Angeles. It is possible Tom spent time with the team in order to practice pitching correctly, for he took his learing new skills for the silver screen as seriously as he did when he had to learn how to ride a horse professionally.

Romance? Scads of it! Action? An ocean full! Thrills? Plenty - and then some! Novelty? We'll say so! Riding? You know Tom Tyler! Roping? The best lariat stunt you ever saw! Fights? Page Jack Dempsey! What? "Out of the West"! (The Sheboygan Press, Sheboygan, Wisconsin, December 21, 1926)

The picture is full of action, and has a novel twist by introducing Tom as a cowboy who loves to play baseball. (Modesto News Herald, Modesto, CA, December 25, 1926) 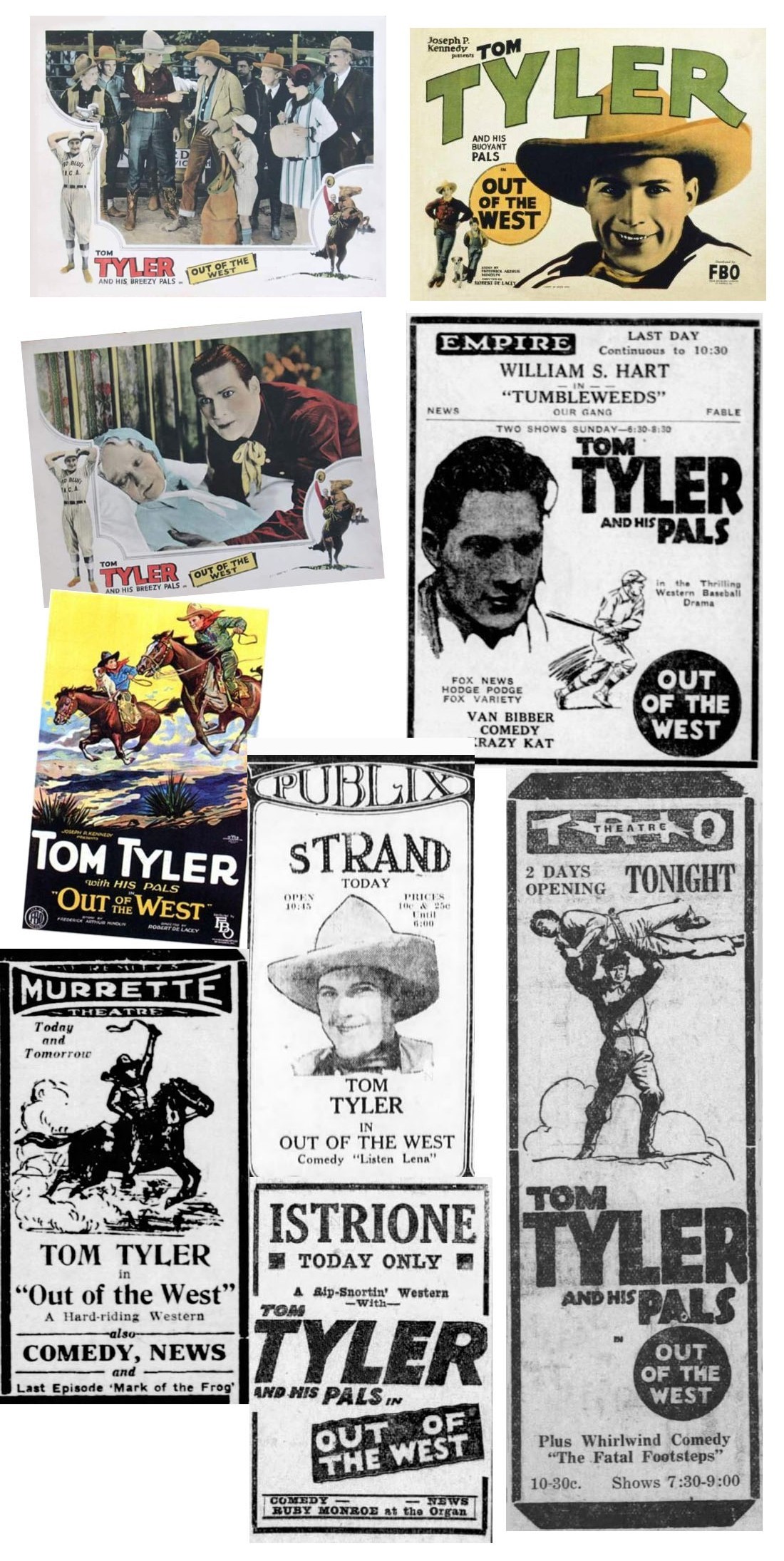 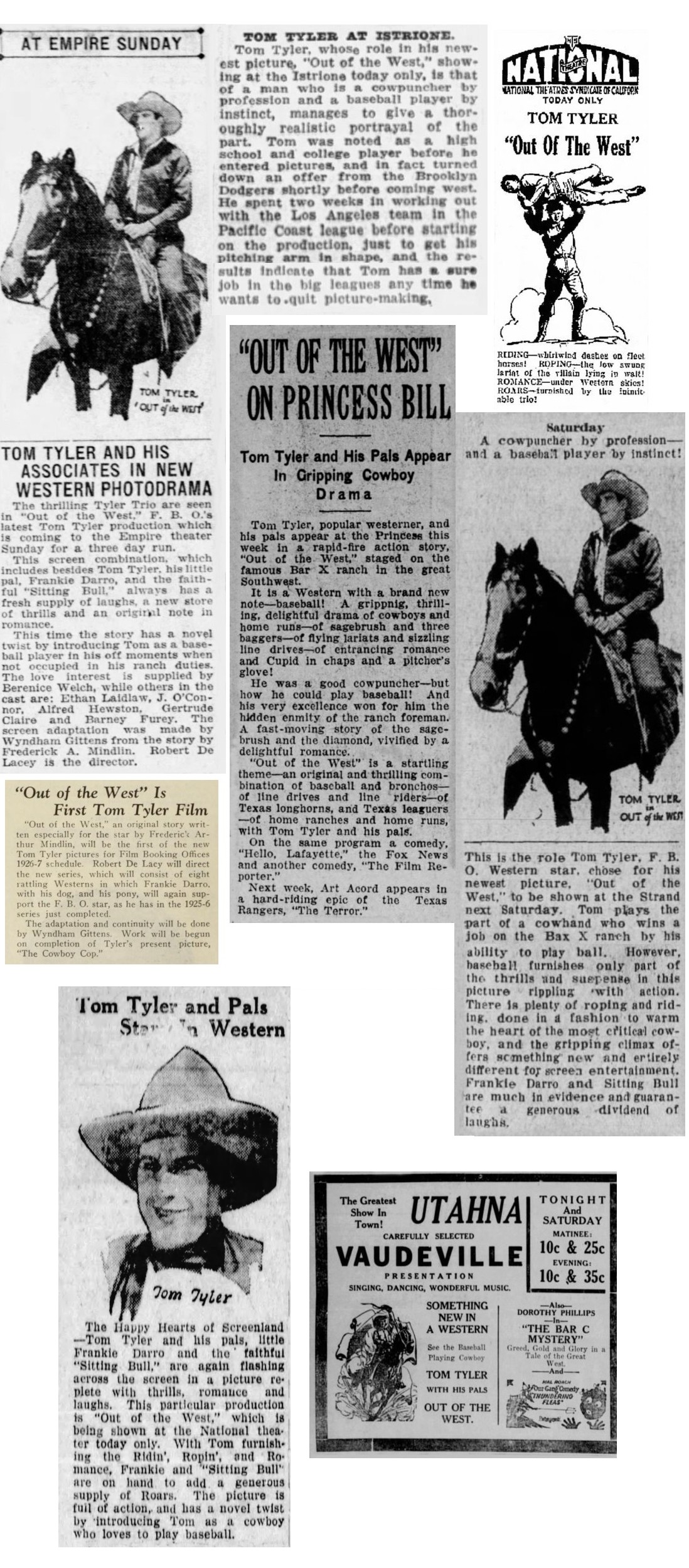 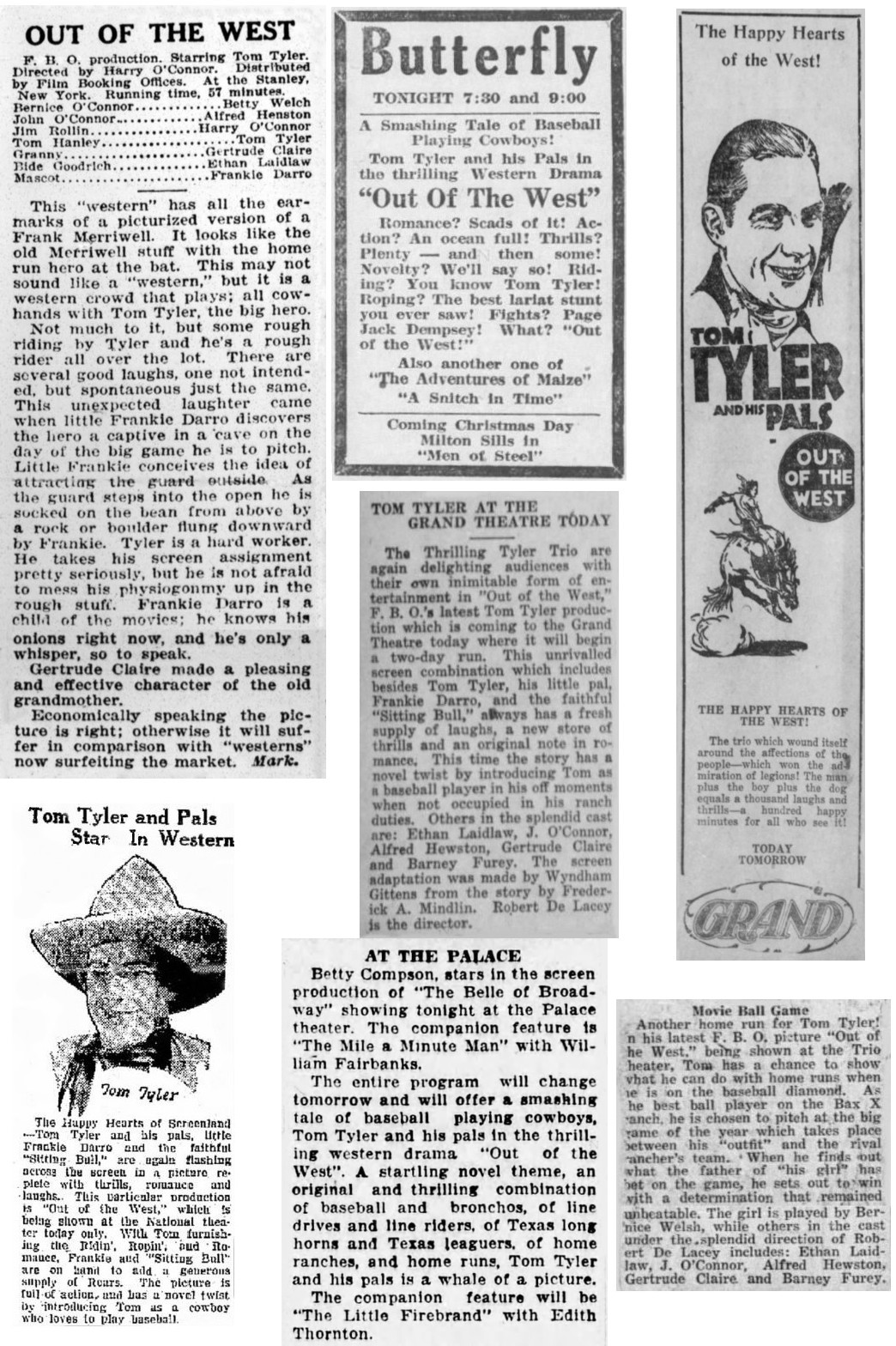