Such a night that was
made for love together
- C. Scott & D. Dyer

Tom Gallagher is an itinerant cowboy who finds employment at a ranch owned by a young girl named Dorothy Manning. He butts heads with the ranch foreman who is pilfering away the cattle, leaving Dorothy with almost no way to pay the mortgage on the property, and finds a way to help her save the ranch. Dorothy's little brother Little Joe is just as eager to help Tom, and as a team, take on the bad guys in multiple fistfights with Little Joe egging him on, often imitating his hero's actions. But Thug Peters and Black Carter kidnap Little Joe, stowing him into a railroad handcar. Unable to control the handcar, the boy is hurled down a set of train tracks, headed directly towards an oncoming train. Tom swings into action to save the boy from certain destruction, riding at top speed on his horse, moving up to the handcar and whisking off Little Joe from the handcar safely into his strong arms to safety. Tom slowly finds himself becoming fond of Dorothy and once he helps return her cattle, hopes that he is favorable enough in her eyes for her to want to marry him.

For his first starring role, Tom Tyler proves he can carry a high-level action-packed script with energy, his likeable personality shining through. He was chosen out of more than one thousand candidates to be the new western star for FBO, and proved to be the right choice. It was at this point where Vincent Markowski became Tom Tyler, and with his name up in lights on the marquee, lost no time at all in drawing a devoted following.

Filmed at Buttercup Dunes, Imperial County, California, “Let's Go Gallagher” is only the first in a long line of films to showcase Tom Tyler's astounding feats of strength. There is plenty of outdoor action on horseback and in fistfights, with beautiful photography that includes long shots across the plains, and quaint interiors typically found in a ranch house in a silent film western.

The build of a young Hercules – the face of a Greek God – the horsemanship of a cowboy champion – real acting ability – that's what you get with this new star! (The Kane Republican, Kane, PA, September 20, 1926)

“Let's Go Gallagher”, with a new western star sweeping like a comet across the picture horizon, roars with action and rocks with comedy and is truly “some picture” according to the best film judges. (Chino Champion, Chino, CA, January 8, 1926) 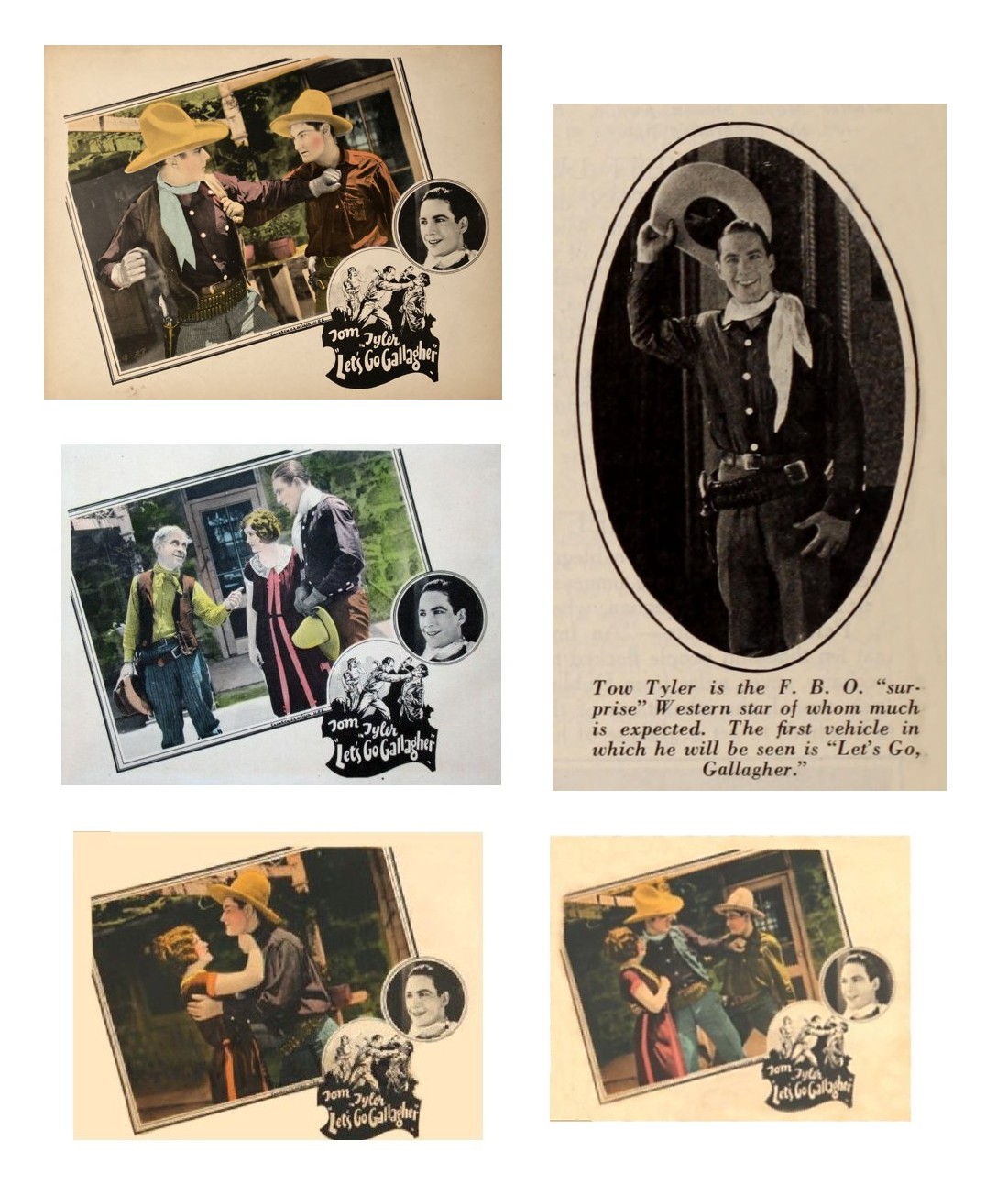 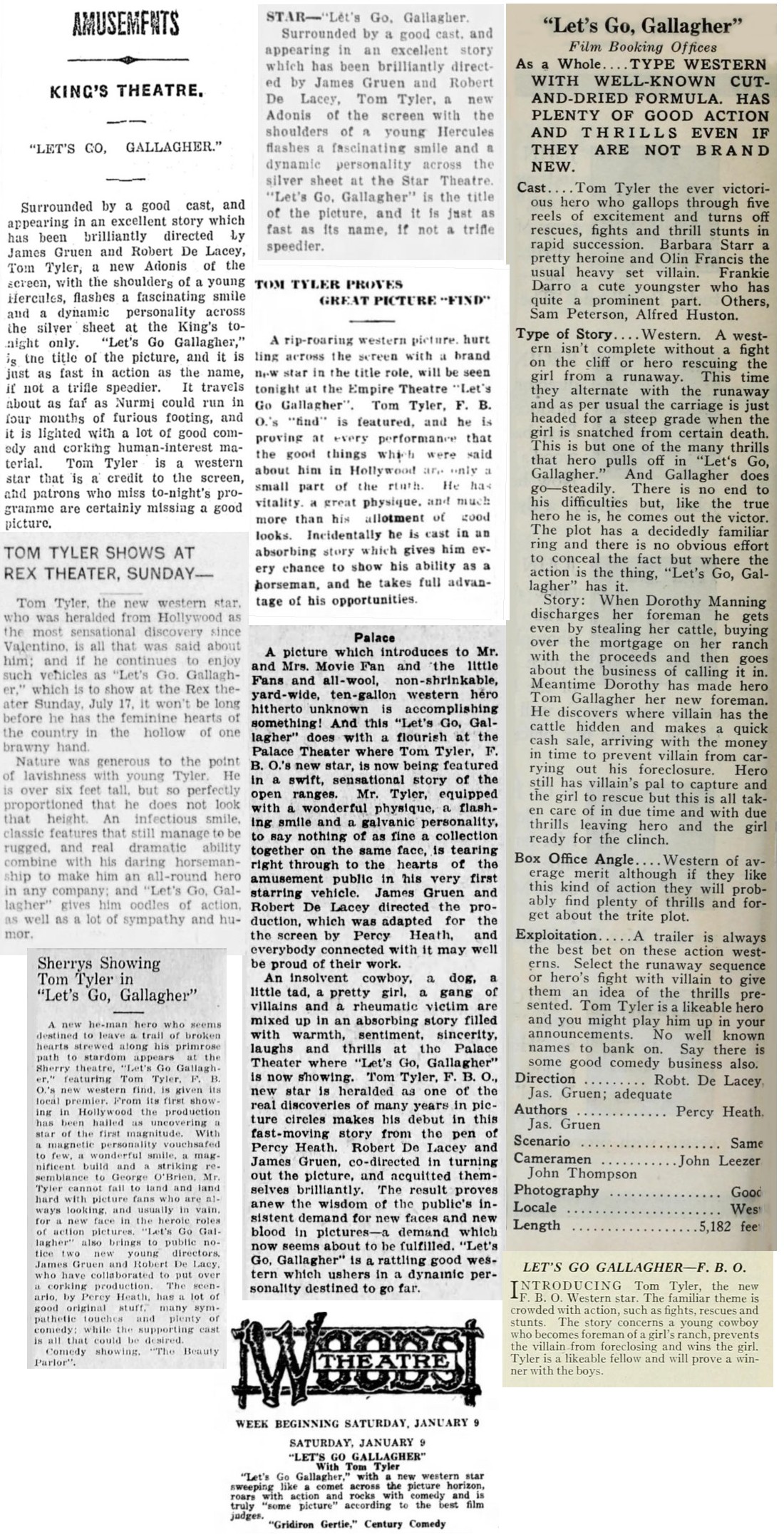 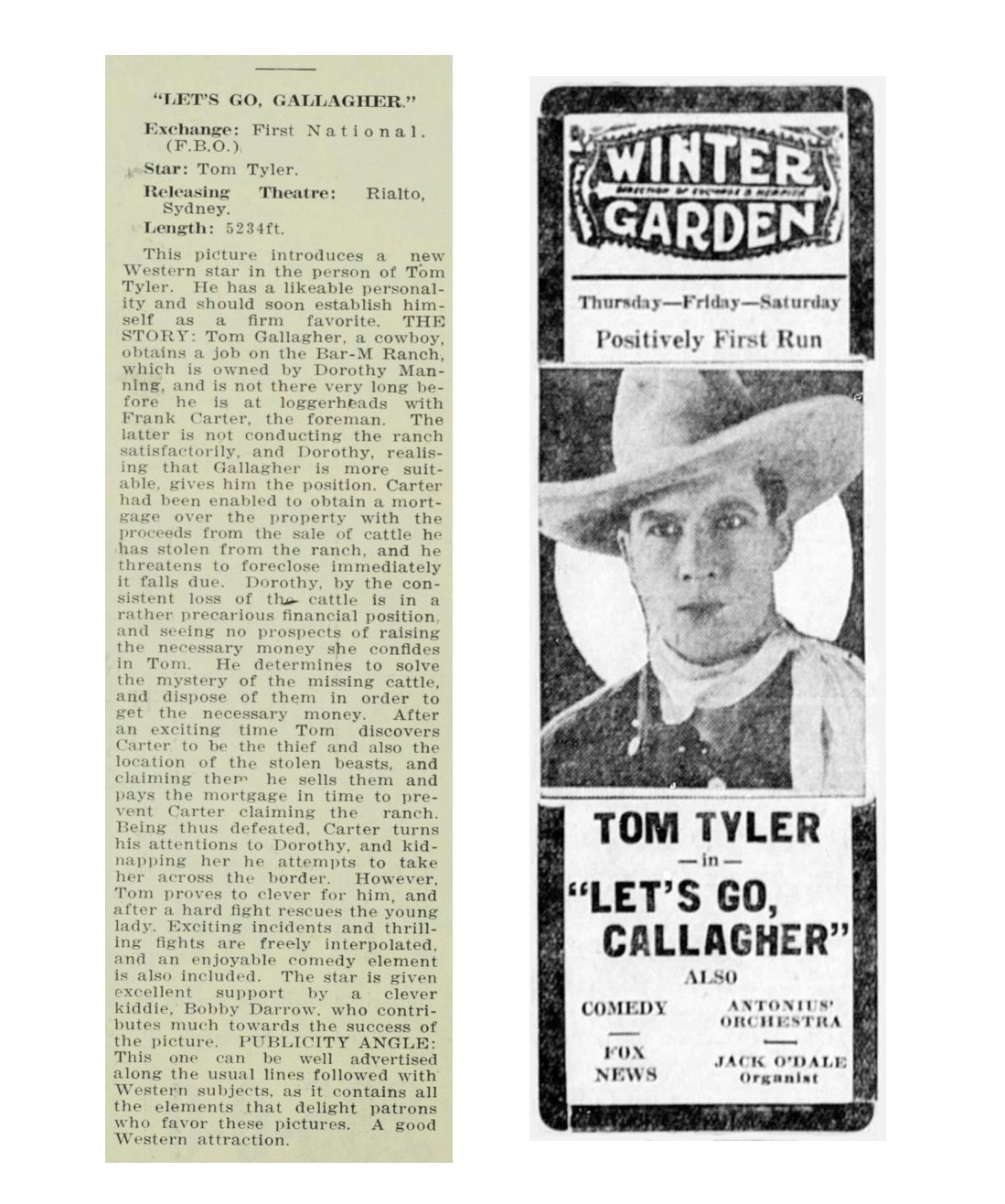