Want me here with you
Because you said you wanted to
- C. Scott

Status: Three 35mm prints exist: one at the Library of Congress; the second, at Cinematheque Royale de Belgique in Brussels, Belgium; the third, at the Academy Film Archive in Beverly Hills, CA.

Dennis Terhune gets a job as a foreman at a ranch owned by Morgan. He proves to be efficient at his job, and during the course of his employment, uncovers a plot that involves a conspiring neighboring ranch owned by Daley, and oil on the property Terhune is working on. As soon as Terhune sees the oil gushing out of the ground, he looks at it curiously, not knowing it is oil, and wonders if it can be used as a medicine for gout. Daley gets his hand on the deed to the Morgan ranch, but he is not in possession of it for long – Terhune soon extracts it from him and delivers it back into the hand of Morgan. At one point, Daley and his henchmen kidnap Terhune and try to dispose of him by tossing his rope-bound body onto a boat – but he escapes. Expertly swimming through the deep waters, Terhune makes his way to the location of a river bank, climbs out of the water, and lets himself drip-dry, right in front of a group of girls where they attend the school nearby. At this time, Terhune wastes no time to tell the owner of the ranch about the plot, including his daughter Eunice, and does his part to save the day – and the ranch. Ever grateful to Terhune, Eunice finally reveals her feelings to him, and they get married.

Tom takes on a whole group of men in a brawl, and like a machine, knocks them all out as if they were sitting ducks in a shooting gallery. As in many of Tom's B-westerns, there is a scene where he rescues a girl on a runaway horse, scooping her up in his right arm as he gently carries her to safety. Jean Arthur is the love interest in “Born to Battle” and when she first meets Terhune, she pooh-poohs him, thinking he is a bit beneath her even though he rescues her. This is the first of two silent films Tom Tyler makes with Jean Arthur, and as a couple, prove to be a hit. Jean's presence in the film may explain why this is the only known Tom Tyler FBO silent film to exist as two prints here in the United States.

A hell-bent-for-election laugh and thrill show with a kick like a Virginia mule. A hero from sunny Erin - a song on his lips - TNT in his fists - who'd rather fight than eat - and abtter his way to love and happiness! (Oshkosh Daily Northwestern, Oshkosh, WI, July 3, 1926) 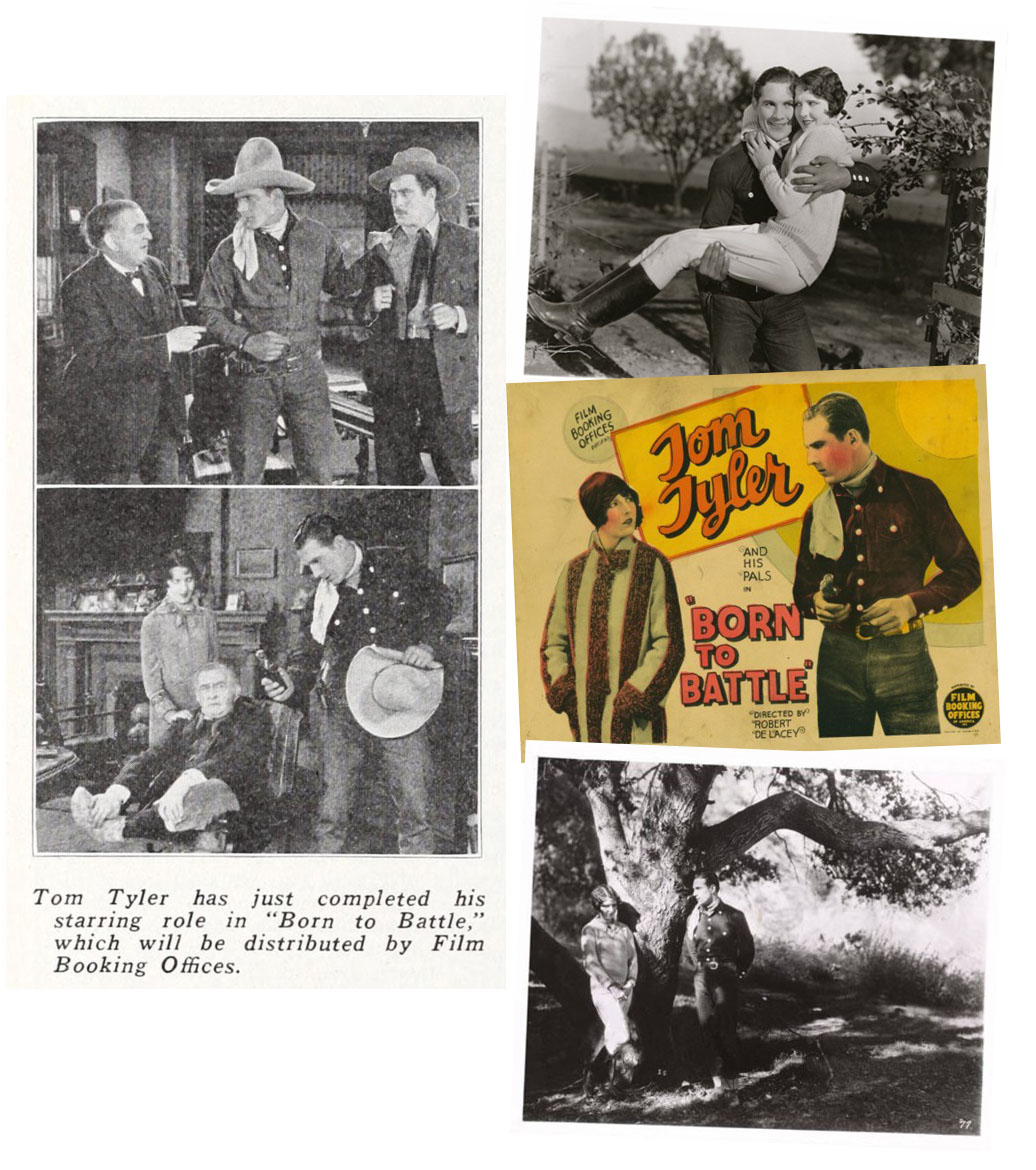 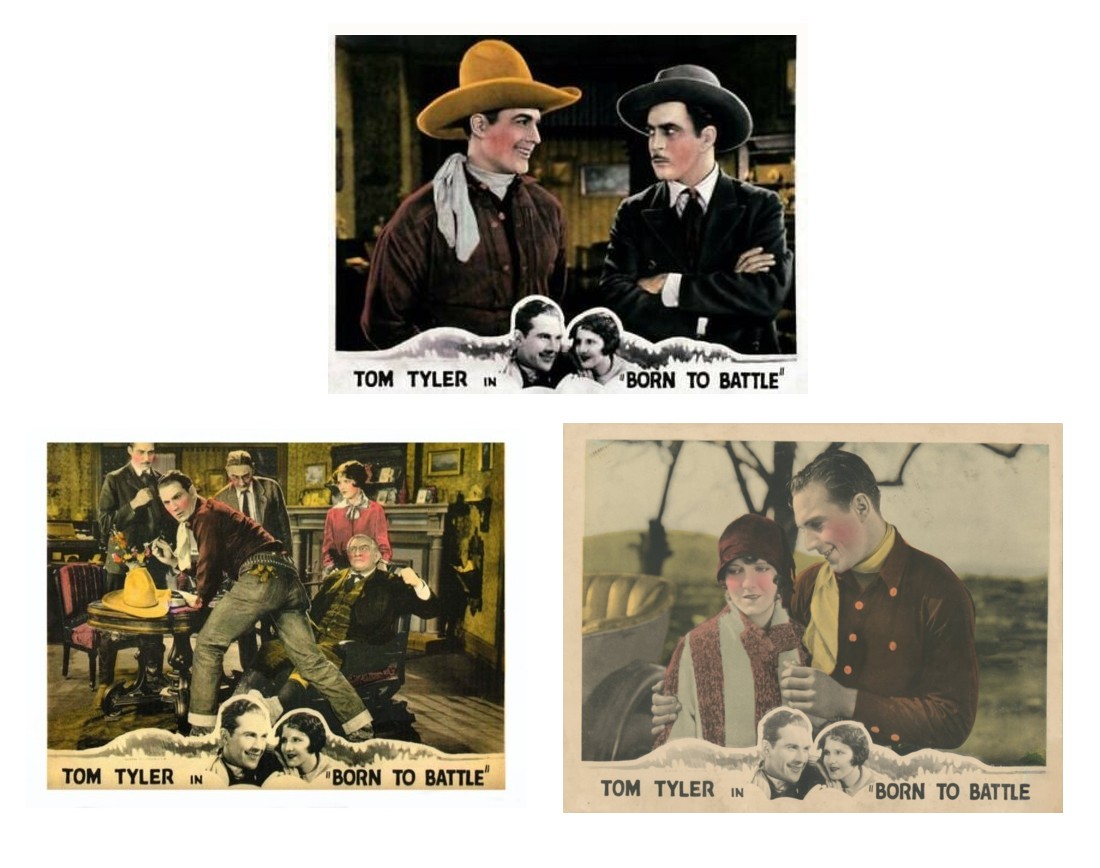 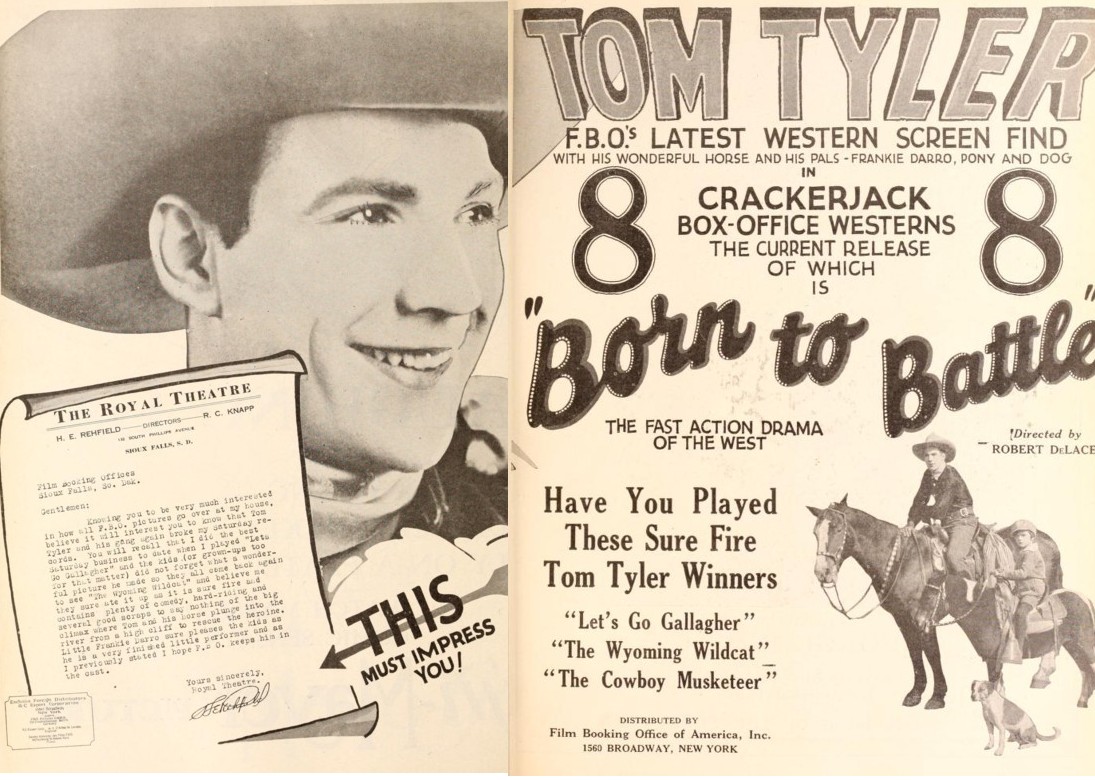 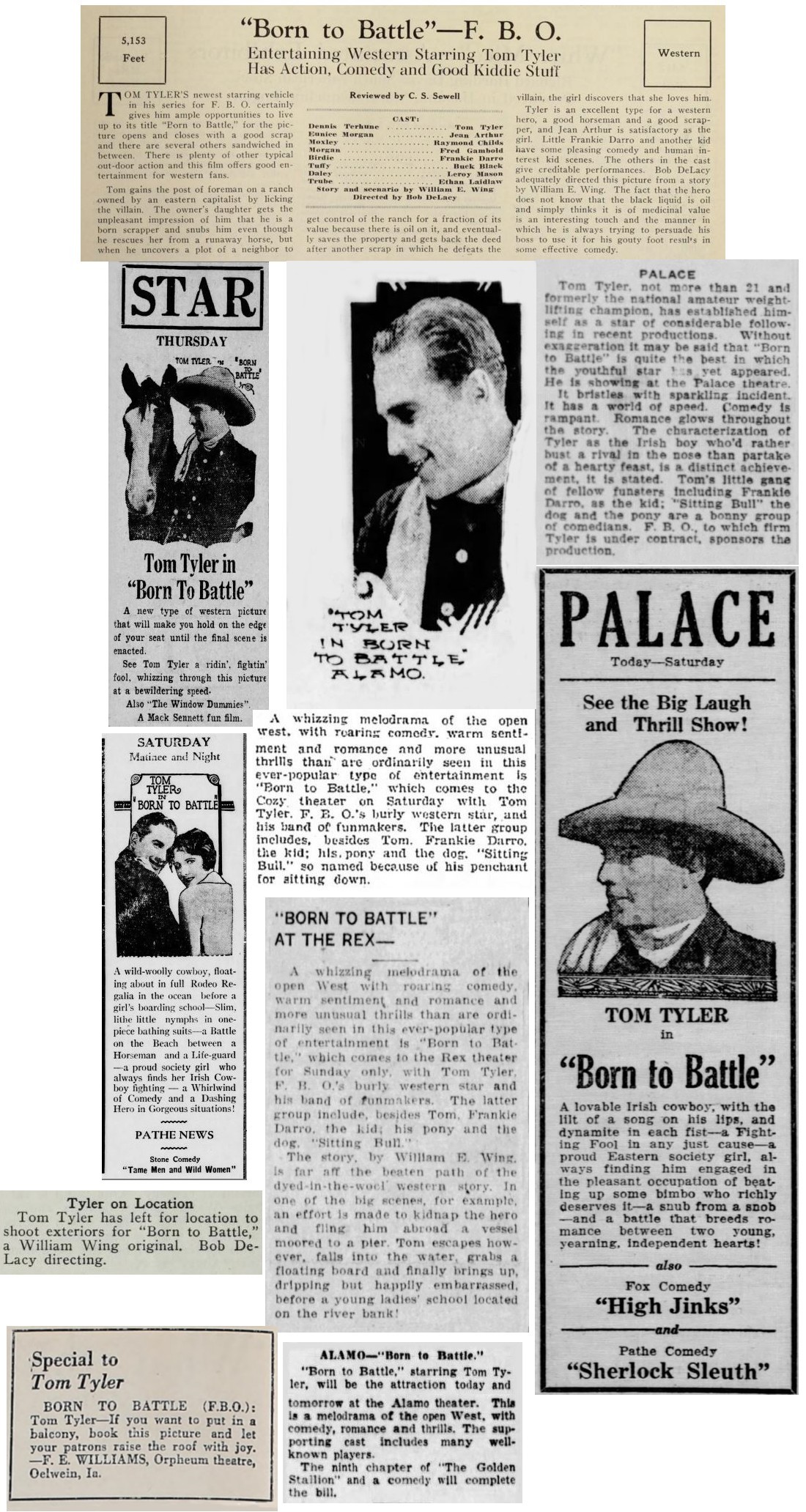 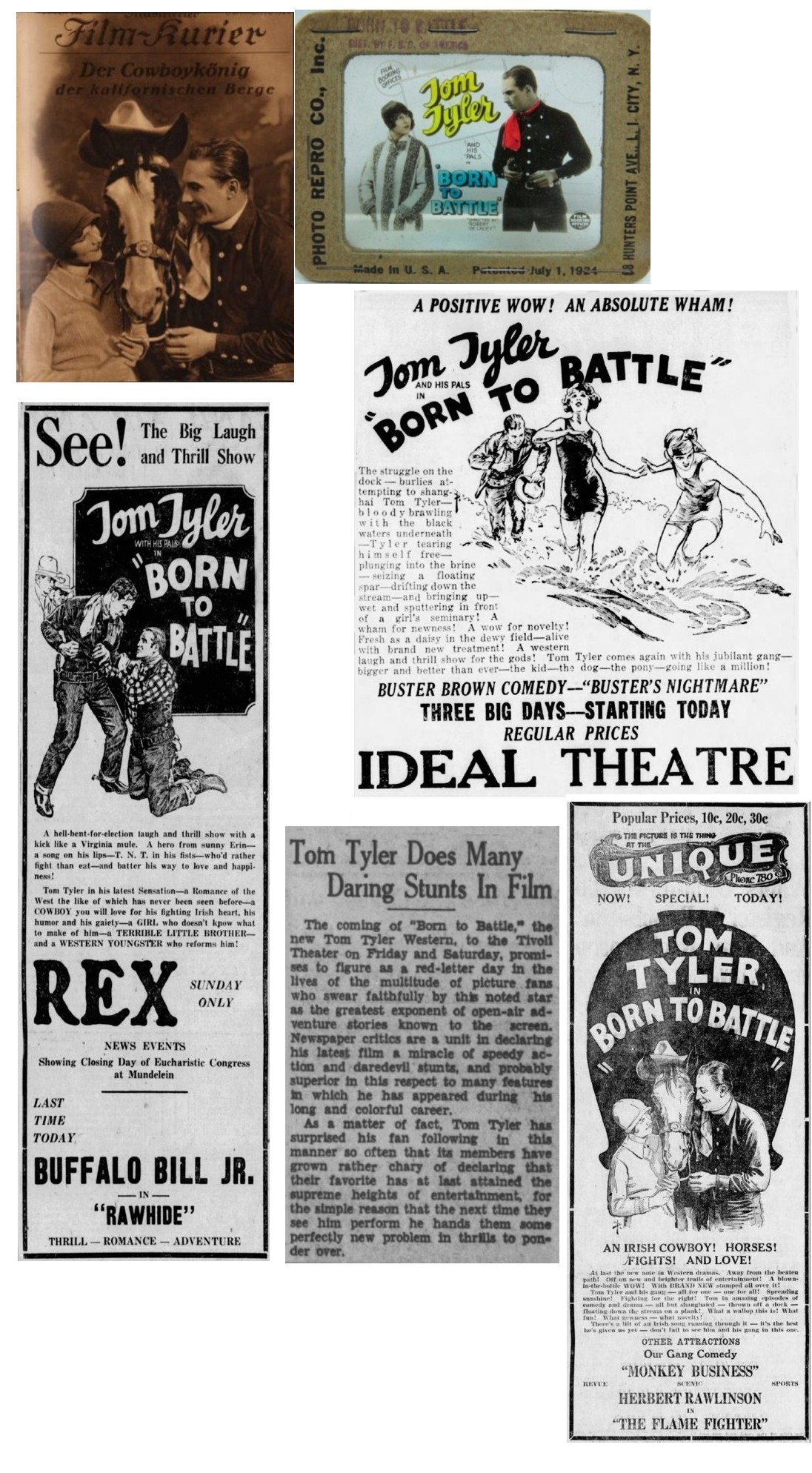